After a night halt, the yatra resumed from Jhalara village located on the outskirts of Ujjain around 6 am 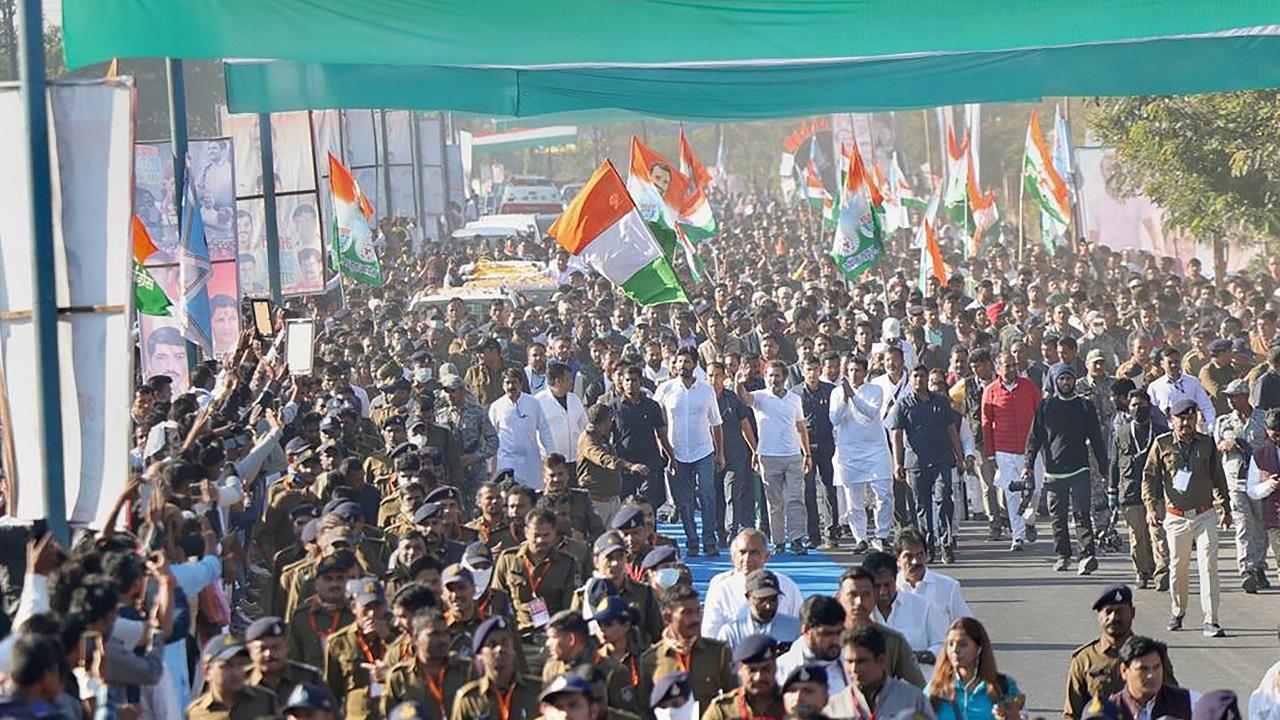 
The Bharat Jodo Yatra led by Congress leader Rahul Gandhi headed for Agar Malwa, the last district in its schedule in Madhya Pradesh on the 10th day of its journey through the state.

After a night halt, the yatra resumed from Jhalara village located on the outskirts of Ujjain around 6 am.

During the tea break, Gandhi interacted with a group of women working in different fields, including members of Self-Help Groups (SHGs) and Congress workers, as part of the theme, she added.

The foot march will take a break at Sumra Khedi village around 10 am. Following the afternoon break, it will resume at 3.30 pm to reach Agar Chawni chowk in Agar Malwa district, party sources said.

The yatra participants will make an overnight stay at Kasi Bardiya village, they said.

Brigadier Pradeep Yadu (retired) and his team met Gandhi en route and demanded formation of the Ahir regiment in the Army.

The Yatra will cover a distance of 380 kms in the politically crucial Malwa-Nimar region of western Madhya Pradesh within 12 days, before entering Rajasthan on December 4, according to a programme announced by the Congress.

The march led by Gandhi entered Madhya Pradesh on November 23 from Bodarli village of Burhanpur district from neighbouring Maharashtra.

The march led by Gandhi has so far passed through Burhanpur, Khandwa, Khargone and Indore districts so far and is currently moving through Ujjain district and will reach Agar Malwa in the evening.
The yatra started on September 7 from Kanyakumari in Tamil Nadu.