Senior advocate Anand Grover, appearing for Rao, submitted that the petitioner is 82 years of age and has been advised of cataract surgery. 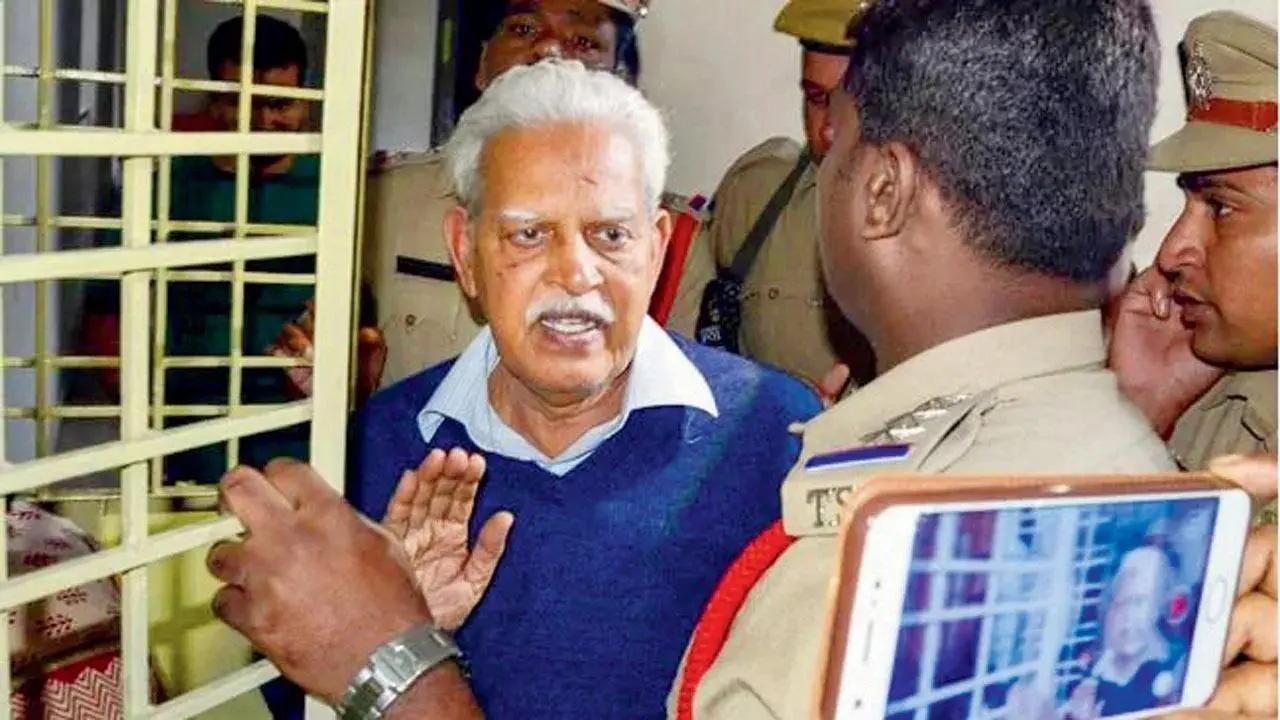 
The Supreme Court Wednesday allowed 82-year-old poet and activist P Varavara Rao, an accused in the Bhima Koregaon case, to approach the trial court with his plea to travel to Hyderabad for cataract surgery. A three-judge bench of Justices U U Lalit, S R Bhat, and Sudhanshu Dhulia noted that as per its August 10 order, it was directed that Rao shall not leave the area of Greater Mumbai without express permission from the trial court.

Senior advocate Anand Grover, appearing for Rao, submitted that the petitioner is 82 years of age and has been advised of cataract surgery.

He submitted that Rao hails from Telangana and was a resident of Hyderabad.

Grover said that because Rao has his roots in Hyderabad, he would like to get operated there.

Additional Solicitor General S V Raju, appearing for the NIA, opposed his plea and said earlier when three months were given, he did not go for the surgery.

The apex court in its order said, However, considering the limitations put by this Court, the Petitioner was to stay within the limits of Greater Mumbai.

Instead of this court considering the request, we give the petitioner the liberty to make a representation before the concerned trial court within two weeks with an advance copy to the public prosecutor, the bench said.

The apex court said that the concerned court shall take into consideration the plea within three weeks on receipt of such application.

The top court on August 10 granted bail to Rao, an accused in the Bhima Koregaon case, on medical grounds.

The National Investigation Agency (NIA) vehemently opposed Rao's plea in the apex court claiming that he is involved in "serious anti-national activities".

The Pune Police had also claimed that the conclave was organised by people with alleged Maoist links. The NIA later took over the probe in the matter.

Rao was arrested on August 28, 2018, from his Hyderabad residence and is accused in the case for which an FIR was lodged by the Pune Police on January 8, 2018, under various sections of the Indian Penal Code and the Unlawful Activities (Prevention) Act.