BJP after all our mosques: Mehbooba Mufti on Gyanvapi row

Addressing a press conference, Mufti says, 'They are after all our mosques. They are after the Gyanvapi Mosque now. Our God is wherever we worship; give us a list of all mosques you are eyeing' 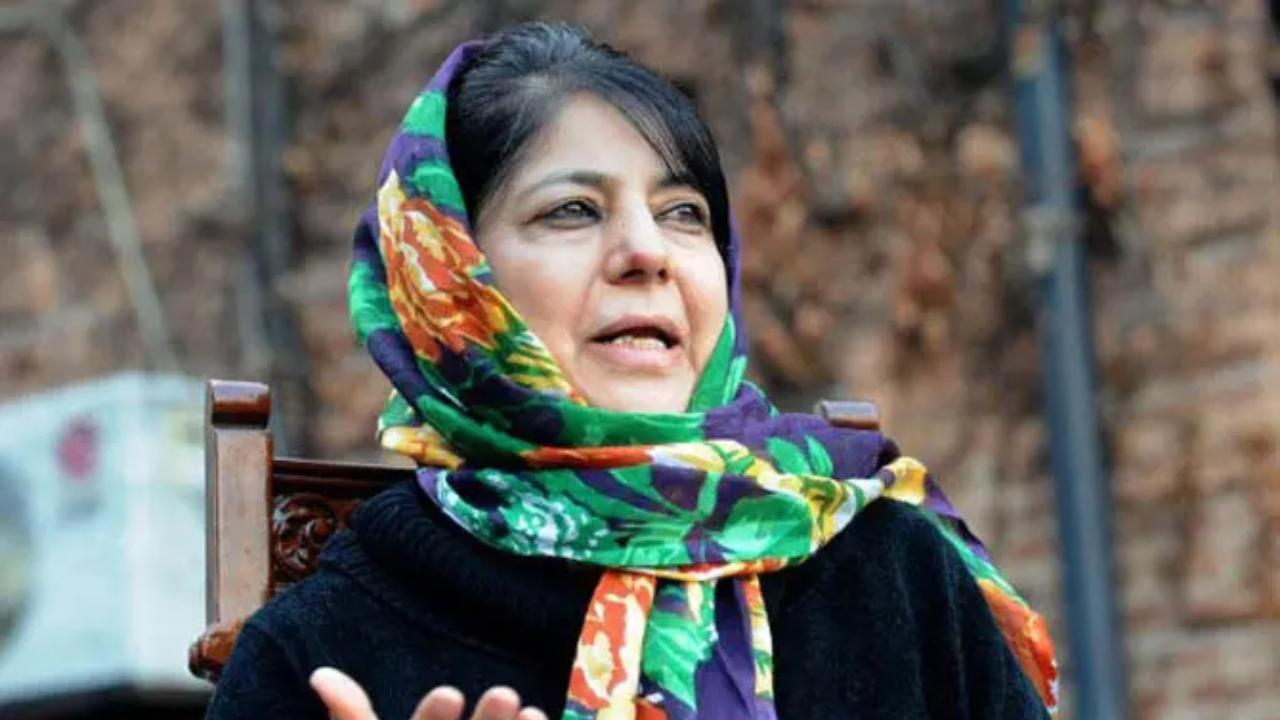 
Former Jammu and Kashmir Chief Minister and Peoples Democratic Party (PDP) president Mehbooba Mufti on Monday slammed the BJP-led Centre over the Gyanvapi Mosque row, and said that "they are after all our mosques".

Addressing a press conference, Mufti said, "They are after all our mosques. They are after the Gyanvapi Mosque now. Our God is wherever we worship; give us a list of all mosques you are eyeing..."

"Would everything be okay when they take all of it?" she asked.

Meanwhile, as the third day of the court-ordered videography survey of the Kashi Vishwanath Temple-Gyanvapi Mosque complex in Varanasi concluded on Monday, the Hindu petitioner in the case, Sohan Lal Arya claimed that the committee found a Shivling at the complex.

Arya, who accompanied the court commission for the mosque survey, said that they have found "conclusive evidence".

This comes a day ahead of the Supreme Court's hearing on a plea seeking a stay on the survey of the Gyanvapi Mosque complex. A bench, headed by Justice DY Chandrachud, will hear the plea of the Anjuman Intezamia Masajid Committee tomorrow, May 17. The three days long survey, however, has been completed.

In its order, the court said that the DM, police commissioner and the Central Reserve Police Force (CRPF) commandant Varanasi will be responsible for the security of the sealed area.