BJP, JDU in search of 'their own Eknath Shinde' to pull each other down: Chirag Paswan 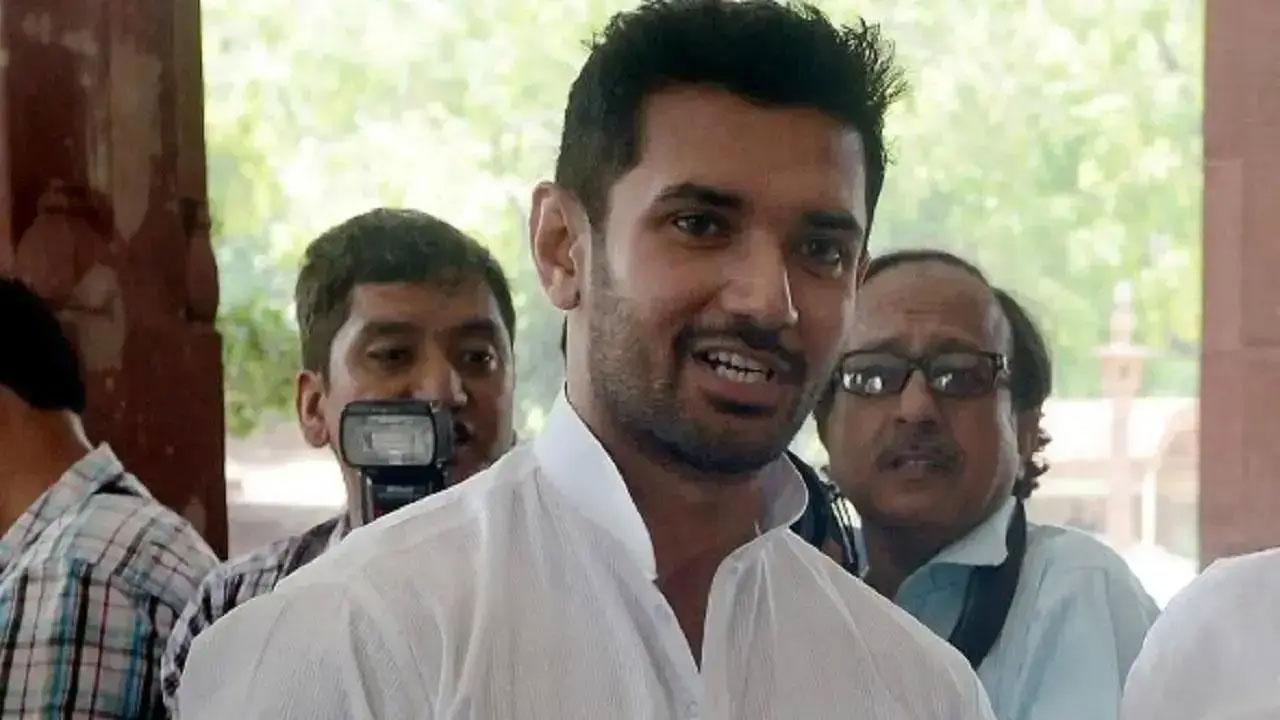 
Former Lok Janshakti Party chief Chirag Paswan on Sunday alleged that JD(U) and its ally BJP were in search of "their own Eknath Shinde" who could pull the rug from under the feet of his own party to benefit the rival.

Paswan accused the two parties of remaining in an alliance "just for the sake of power" and charged the BJP with capitulating before Chief Minister Nitish Kumar on ideological issues. Addressing a press conference here, he also claimed that Kumar was trying to cut BJP to size and had "played a role" in the defection of four AIMIM MLAs to the RJD to achieve this end.

"It is well known that AIMIM MLAs had been in touch with the JD(U) since they did not have much of a future in that party which has little presence in Bihar. But, instead of joining the CM's party, they joined the RJD. Kumar was behind this development since now the RJD has snatched the status of the single largest party from the BJP," the young Jamui MP claimed.

"Both parties are together just for the sake of power. Both are trying to pull the ally down, looking for an Eknath Shinde who could deliver," Paswan said in a tongue-in-cheek reference to the recent political developments in Maharashtra.

Cornered in the party founded by his late father Ram Vilas Paswan, following a rebellion by uncle Pashupati Kumar Paras which led to the LJP's disintegration, Paswan also heaped scorn on the BJP for "prostration" before Kumar who has been able to have his way on issues ranging from NRC to caste census. Notably, the LJP had been an NDA partner until the 2020 assembly polls when Paswan launched a rebellion against Kumar and decided to go solo.

A section of JD(U) leaders has been of the view that Paswan had tacit approval of the BJP which returned with a tally far better than that of the chief minister's party. Paswan, left in the lurch by BJP that has accommodated Paras in the Union cabinet, now seems to have given up his past adulation for the saffron party as well as Prime Minister Narendra Modi.

Claiming that he had been egged on by his father, who was then on death bed, to go it alone, Paswan however made it clear that he will be a part of "one alliance or the other, in the 2024 Lok Sabha polls or mid-term assembly elections, whichever took place earlier". Since his exit from NDA, there have been many attempts by the RJD to woo Paswan who seems to be weighing his options.

Paswan also disclosed that a statue of his late father will be unveiled on the latter's birth anniversary on July 5 at Hajipur, the Lok Sabha constituency which had become synonymous with Ram Vilas Paswan. Asked whether Paras has been invited to the function, he replied, "Of course. He is a father figure and the local MP. After my father's death, he has shown scant respect for my mother and me. But I cannot think of paying him in the same coin".