The deceased suspects did not open fire at the police, SC-appointed probe panel tells court; recommends murder trial for the 10 cops 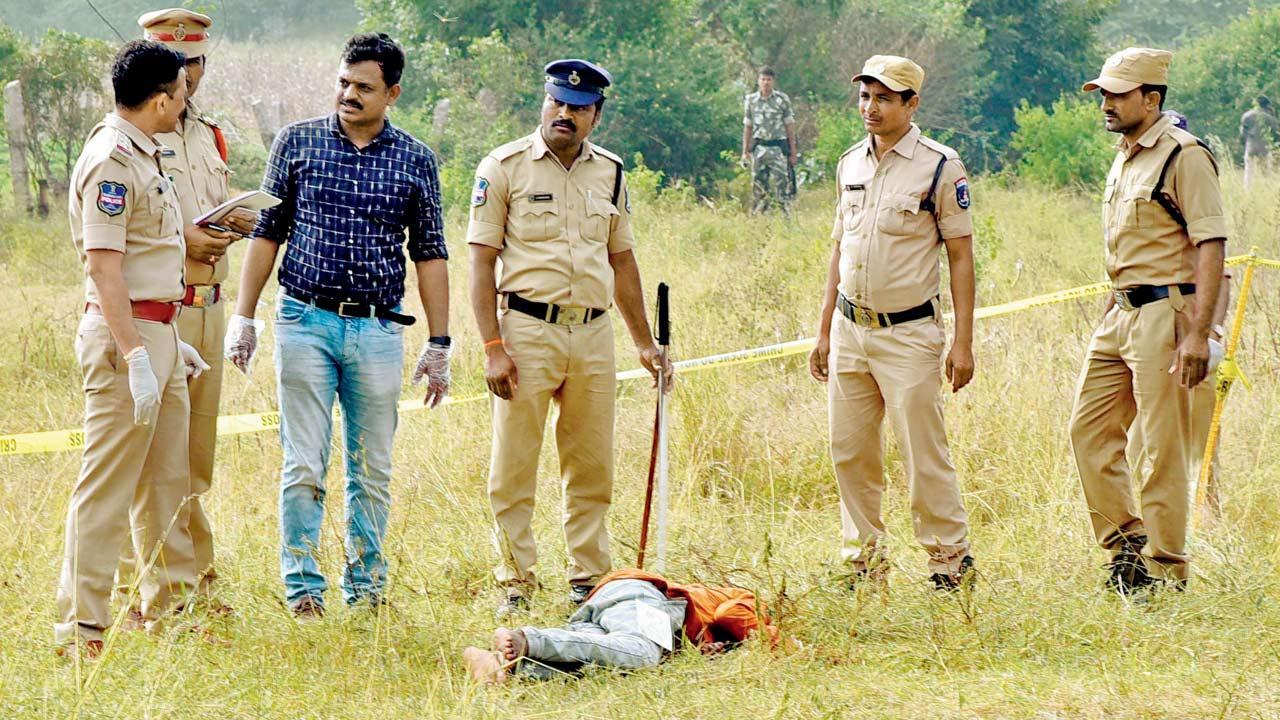 Cops stand next to the body of one of the four men killed in the alleged encounter, in Shadnagar, near Hyderabad on December 6, 2019. Pic/AFP


The Supreme Court-appointed commission said four gang-rape and murder accused, including three minors, who were killed in a police encounter in Hyderabad, were deliberately fired upon with an intent to cause their death. The commission recommended that all 10 police officers should be tried for murder.

The commission’s report said, “In our considered opinion, the accused were deliberately fired upon with an intent to cause their death and with the knowledge that the firing would invariably result in the death of the deceased suspect.”

No firing at the police 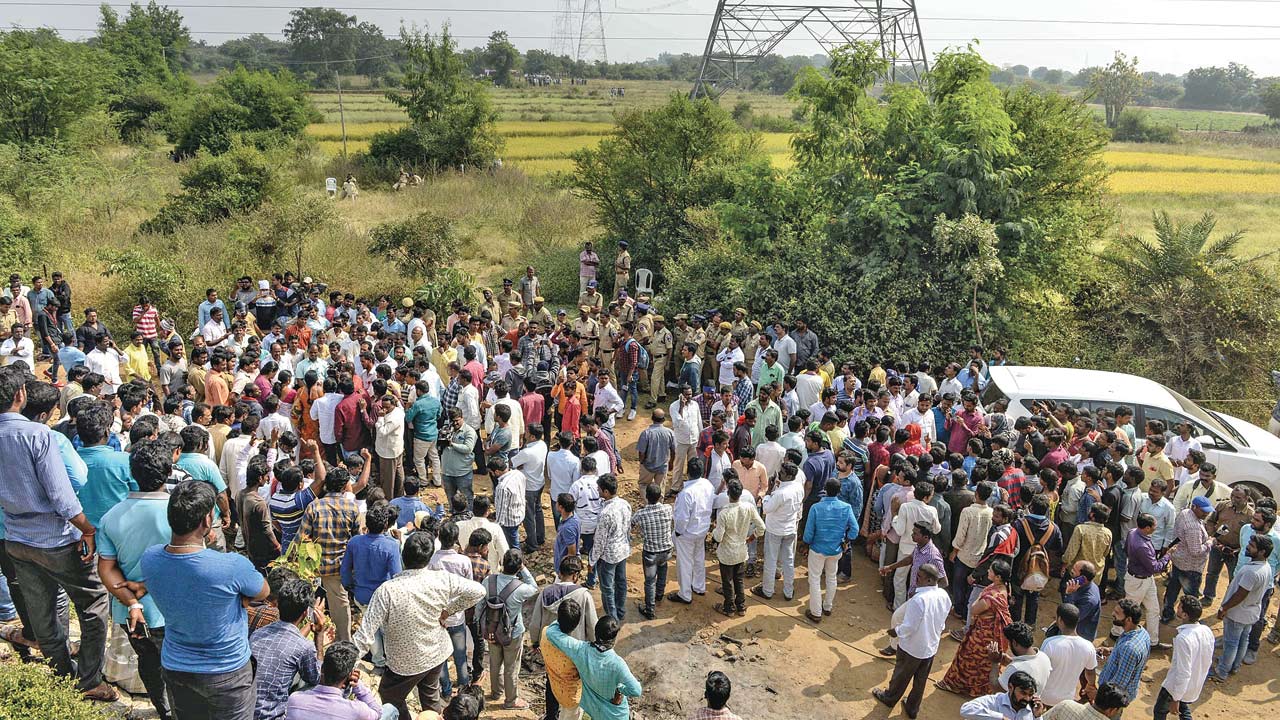 Police, along with the locals, stand near the alleged encounter site. File pic/AFP

During the hearing on Friday, a bench comprising Chief Justice N V Ramana and Justices Surya Kant and Hima Kohli did not agree to the submissions of senior advocate Shyam Divan that the report be kept in a sealed cover.

It said, “This relates to the encounter case. There is nothing to keep here. The Commission has found someone guilty.” It added, “We have to send the case back to the high court, we cannot monitor this case. A detailed report is submitted. Question is what is the proper action to be taken. They have made some recommendation.”

According to the report, three of the four were minors. “We are of the opinion that at the relevant time, Jollu Shiva, Jollu Naveen and Chintakunta Chennakeshavulu were minors,” added the report. The commission cited lapses in the investigation of the case and said all 10 policemen should be tried for murder. “The different acts committed by each of them were done in furtherance of common intention to kill the deceased suspects,” added the report. 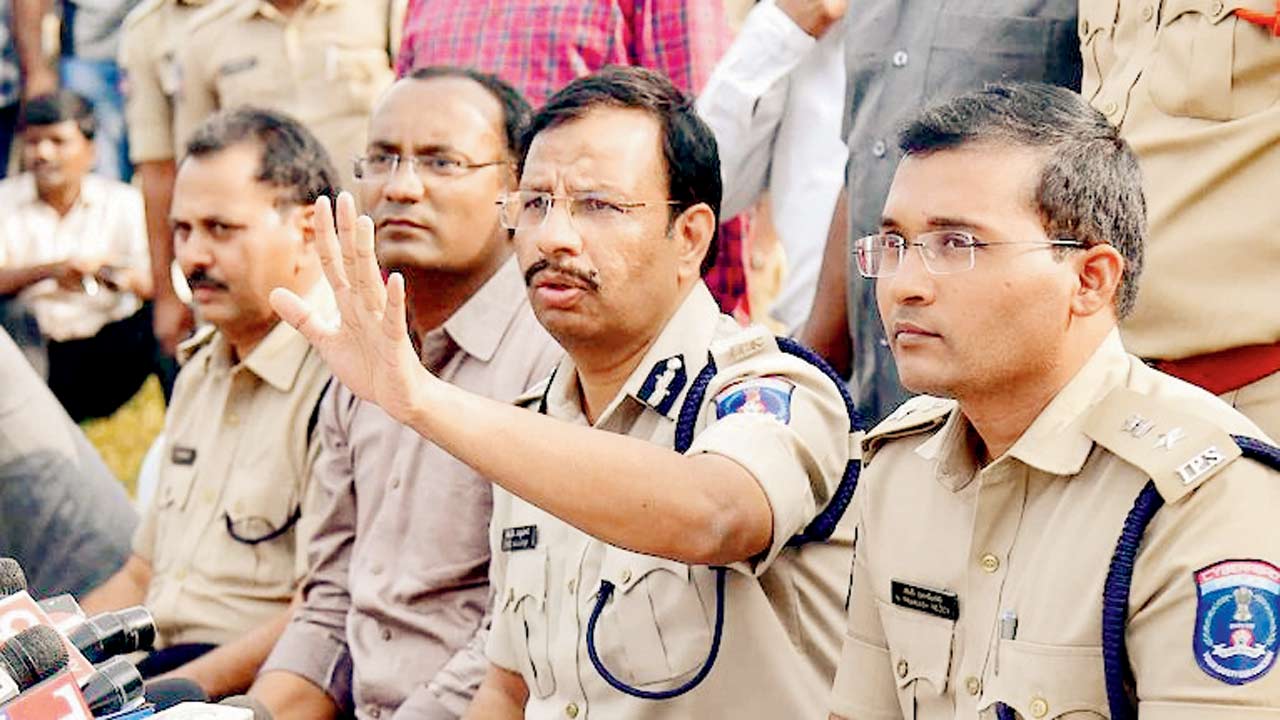 The four accused—Mohammed Arif, Chintakunta Chennakeshavulu, Shiva, and Naveen—were arrested in connection with the gang-rape and murder of a 27-year-old veterinary female doctor in November 2019. Around 6.30 am on December 6, 2019, they were taken to the crime spot for the reconstruction of the scene as part of the investigation. Police claimed the accused snatched a pistol and tried to escape. They were shot dead near the same highway where the woman’s charred body was found.

In August last year, the apex court granted an extension to the panel, headed by former SC judge V S Sirpurkar, to file the final report on the encounter killing of the four accused. The top court in December 2019 set up the commission to inquire into the circumstances leading to the encounter and asked to submit the report in six months.

The other members of the Commission include former Bombay High Court judge Rekha Sondur Baldota and former CBI director D R Karthikeyan. The police have claimed that the woman was kidnapped, sexually assaulted, and later murdered.

Nov 2019
When the woman was gang raped and killed