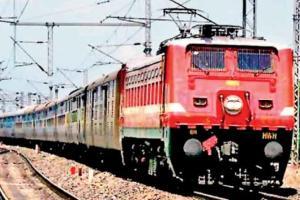 
To contribute in Indian Railways bid to make itself carbon-free by 2030, the Mumbai division of Central Railway has taken up a number of initiatives for using renewable energy to safeguard the environment and also to save lakhs of rupees.

Speaking with mid-day, Central Railway’s chief public relations officer, Shivaji Sutar, said, “Lonavala and Khandala belt is one of the most popular tourist spots among Indians and now Lonavala station and its adjoining railway premises will completely run on clean and green energy. This will be a feather in the cap of the already existing green stretch between Lonavala and Khandala.”

“Lonavala, along with other railway stations under Mumbai division of Central Railway, is now among the elite club of railway stations that are harnessing solar power for its operations. Central Railway has initiated a number of green initiatives to mitigate global warming and combat climate change, by producing clean energy and saving lakhs of rupees on power bills annually. Apart from station lighting, Central Railway also installed solar panels, solar trees, and solar water coolers, etc,” he added.

He said rooftop of platform no. 2/3 at Lonavala railway station is now installed with solar panels to produce 76 kw power. The energy harnessed from the solar panels to the tune of 68,400 Kwh annually will help Lonavala railway station to save on power bills. Two beautiful solar trees, each having 4x10 W LED fittings integrated with 40 W solar panels, are erected to illuminate the garden at the bazaar side of Lonavala station. It proved to be a cynosure to the eyes of the passengers of Lonavala. One solar-powered water cooler is also provided at Lonavala station.

Apart from the illumination of lights and charging of batteries, Central Railway has also provided solar-powered water coolers at 5 stations, one each at Pen, Apta, Roha, Neral, and Lonavala stations. This 1x25 kwp solar-powered water cooler of 150 litre storage capacity with 45 LPH cooling capacity and polypropylene filter cartridge is expected to save a revenue of Rs1.45 lakh annually.

In addition to this, CSMT station building, Kalyan Railway School, Kalyan Railway Hospital, Kurla & Sanpada Car sheds are also fitted with solar panels to meet their energy needs. The anticipated generation due to these renewable energy initiatives will be 18.73 lakh kwh and saving in energy bills per annum will be Rs. 145.1 lakh.

“These measures by the Mumbai division of Central Railway are part of Indian Railways' long-term sustainability goals. Further, the utilization of renewable power for non-traction, which has gained popularity among Indian Railways will not only bring savings in energy expenses but will also enable Railways to create a green, safe and livable world,” Sutar said.