Dussehra or Vijayadashami marks the end of the annual Durga Puja festival, wherein the effigies of Ravana are burnt across the country to symbolise the victory of good over evil 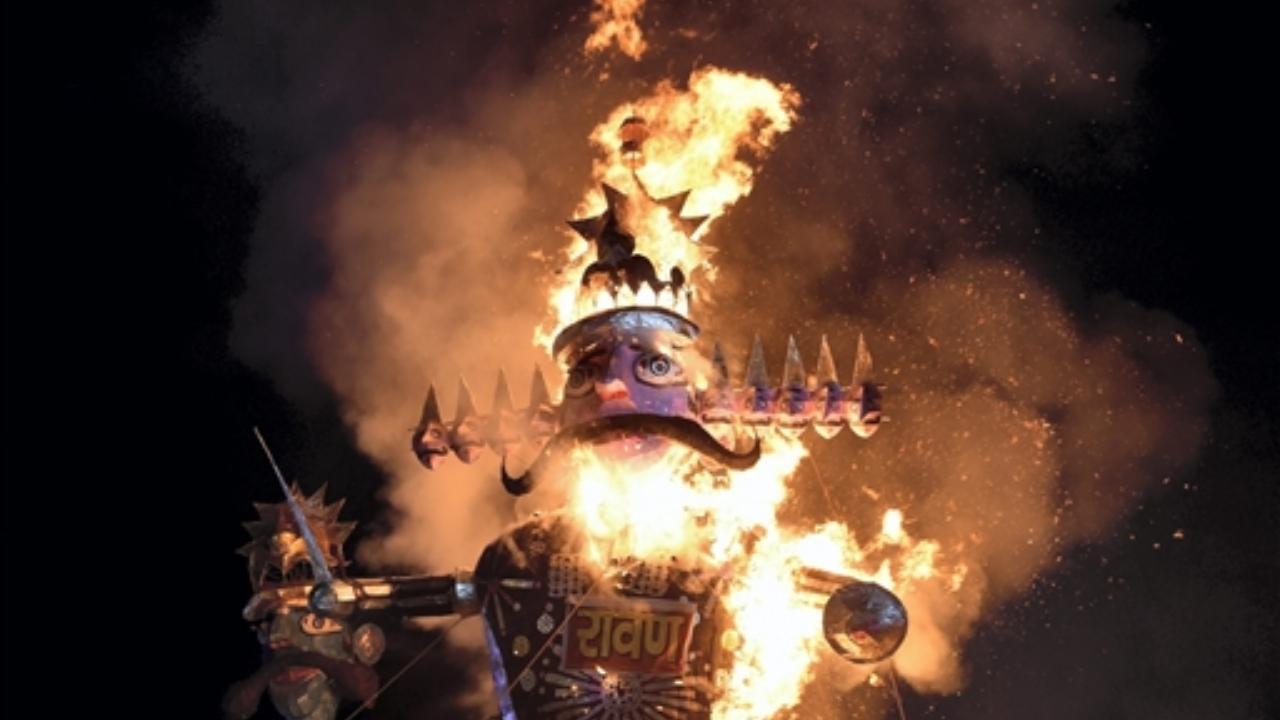 
An employee of Dhamtari civic body in Chhattisgarh was suspended and show-cause notices were issued to four officials after all ten heads of the effigy of Ravana remained unburnt during the Dussehra celebrations here.

The pictures of the effigy-burning event held on October 5 in Ramleela Maidan in Dhamtari show the heads of the demon king remained intact, while the torso was reduced to ashes.

Dussehra or Vijayadashami marks the end of the annual Durga Puja festival, wherein the effigies of Ravana are burnt across the country to symbolise the victory of good over evil.

In Dhamtari, the Ravana effigy-burning event was organised by the local civic body.

After the Dussehra celebration, the Dhamtari Municipal Corporation (DMC) ordered suspension of clerk Rajendra Yadav for his alleged negligence in making the effigy of Ravana.

The order states, Yadav, assistant grade-3, has committed grave negligence in making effigy of Ravana for Dussehra celebration 2022 that maligned the image of the DMC.

After the suspension of Yadav, another employee, Samarth Ransingh, was given his charge, said Rajesh Padamwar, executive engineer of the DMC.

Besides, four officials - assistant engineer Vijay Mehra and sub-engineers Lomas Dewangan, Kamlesh Thakur and Kamta Nagendra - have been issued show-cause notices by the DMC, which has sought their replies in this connection, he said.

Padamwar is currently handling the charge as the civic body chief since DMC commissioner Vinay Kumar Poyam is on leave.

Dhamtari Mayor Vijay Devangan said action has been taken against those who were given the responsibility of making the effigy and now payment of the work will be withheld.

According to the corporation officials, the artisans engaged in making the effigy allegedly were in setting it up at the ground ahead of the function.
Ten heads of the effigy remained unburnt which indicates that it was not made properly, they said.