Competition among Congress leaders to abuse me, teach them lesson by voting for 'lotus': PM Modi

Before Kharge, another Congress leader had said the party will show Modi his 'aukat' (place), the PM said, apparently referring to Madhusudan Mistry's remark last month 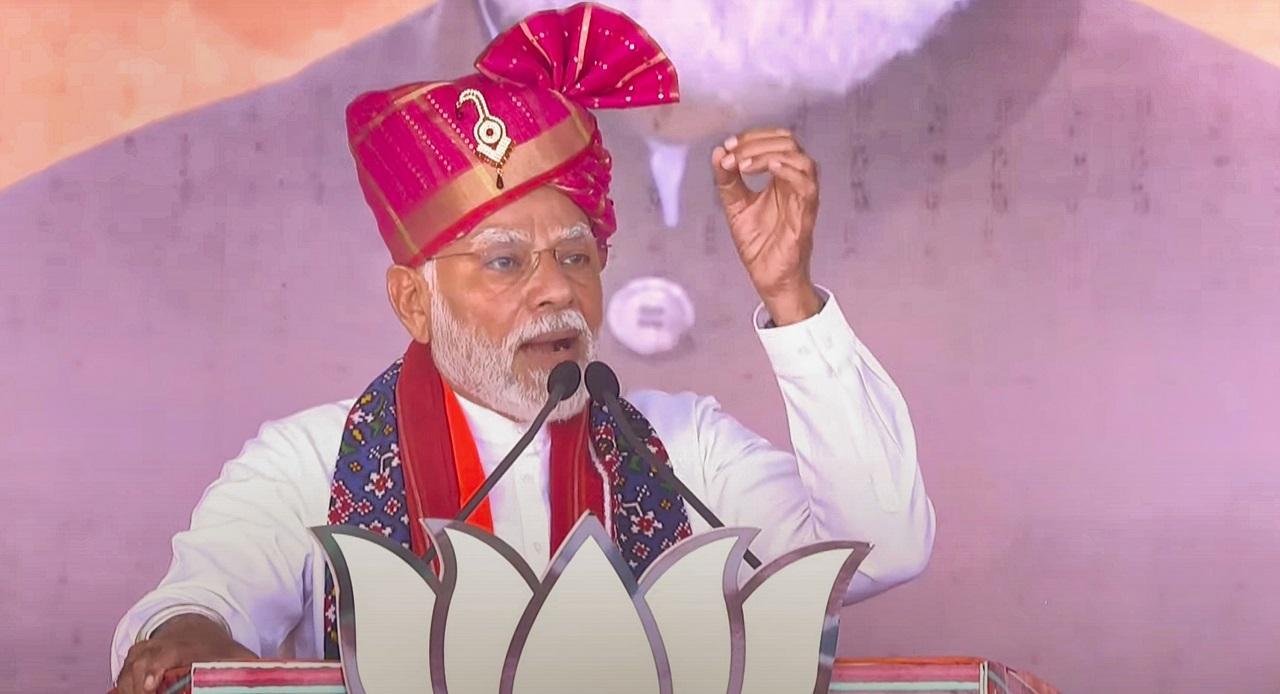 
Prime Minister Narendra Modi on Thursday said there is a competition among Congress leaders as to who will use the most abusive words against him, referring to the opposition party president Mallikarjun Kharge's 'Ravan' jibe at him.

Before Kharge, another Congress leader had said the party will show Modi his 'aukat' (place), the PM said, apparently referring to Madhusudan Mistry's remark last month.

Addressing a poll rally at Kalol town in Panchmahal district of Gujarat, Modi said such abusive words used for him were an insult of Gujarat and its people because he was raised by the people of this land.

He asked people to teach the Congress leaders a lesson by voting for the 'lotus' (BJP's symbol) in the state elections.

Kharge on Monday night addressed a rally in Behrampura area of Ahmedabad city where he said the prime minister asks people to vote "looking at his face" in all elections. "Are you 100-headed like Ravan," he had said.

On Thursday, PM Modi said, "I respect Khargeji but he has to follow orders of the party high command. He was compelled to say that Modi has 100 heads like (demon king) Ravan."

"But, the Congress did not realise that Gujarat is the land of Ram Bhakts. Those who never believed in the existence of Lord Ram, have now brought in Ravan from Ramayana just to abuse me," the PM said.

"And, I am surprised they never expressed repentance, forget about tendering an apology, after using such cuss words for me. Congress leaders think it is their right to use abusive language for Modi and insult the country's prime minister," he said.

In an apparent jibe at the Gandhi family, PM Modi said Congress leaders are abusing him because their allegiance is towards a family, not India's democracy.

"For them, that family is everything. They will do anything to make the family happy. There is a competition among Congress leaders as to who will use the most abusive and most toxic slurs for Modi," he said.

One leader even used such words during his (leader's) Pakistan visit, the PM said.

He said the opposition leaders have used all kinds of slurs for him, like "he will die a dog's death, he will die Hitler's death and one even said he will kill Modi if he gets a chance".

Modi said such abusive words used for him were an insult of Gujarat and its people because he was raised by the people of this land.

"There is only one way to teach them a lesson. Vote for the BJP on December 5 by pushing a button (on EVM) near lotus. And I want to tell the Congressmen that our lotus will bloom more every time you indulge in mud-slinging," he said.

Voting is underway on Thursday for the first phase of the Gujarat Assembly elections in 89 out of the total 182 seats in the state.

The remaining 93 seats, including Kalol, will go to polls in the second phase on December 5.