Earlier on Sunday evening, a video of the impromptu dance performance surfaced on social media, showing Rahul, Gehlot and Pilot holding hands and dancing with folk artists on the stage 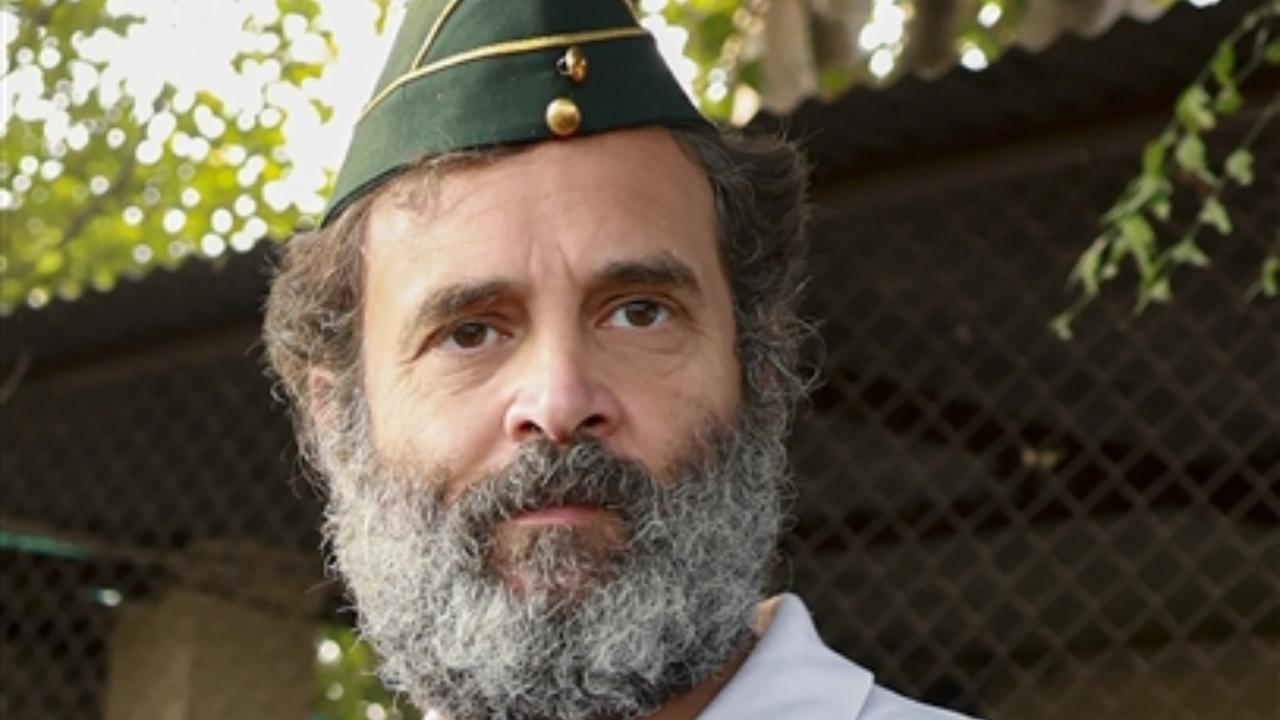 A vehicle set ablaze after a BJP convoy mowed down protesting farmers at Lakhimpur Kheri district of Uttar Pradesh on Sunday. Pic/PTI

Earlier on Sunday evening, a video of the impromptu dance performance surfaced on social media, showing Rahul, Gehlot and Pilot holding hands and dancing with folk artists on the stage.

Later, speaking at the Jhalawar event, Rahul took a customary dig at the BJP and RSS, saying the Congress is a party of Mahatma Gandhi and not of (VR) Savarkar or (Nathuram) Godse.

"This is Mahatma Gandhi's party, not Savarkar's or Godse's. We know how to work hard," Rahul said.

Earlier on Sunday, before the Congress' ongoing countrywide foot march reached Rajasthan, a poster war broke out between the loyalists of Gehlot and Pilot. This was after the CM's followers tried to replace Pilot's posters in the Jhalawar district.

The incident occurred on Saturday, just days after the party's national general secretary KC Venugopal held a meeting with the two leaders, who haven't seen eye-to-eye in the past.

In a press briefing that followed, Gehlot and Pilot were seen holding hands as the party tried to project unity amid the ongoing political tussle. Venugopal had claimed that the party was united in Rajasthan.

The press briefing came on the heels of Gehlot calling Pilot a 'traitor' who can never become the Rajasthan CM in an interview to a television channel.

The former Rajasthan deputy CM later hit back at Gehlot, calling his accusations 'baseless'.On December 3, Pilot released a video asking people to join the yatra when it enters the state.

Next Story : Active Covid cases in country dip to 4,345