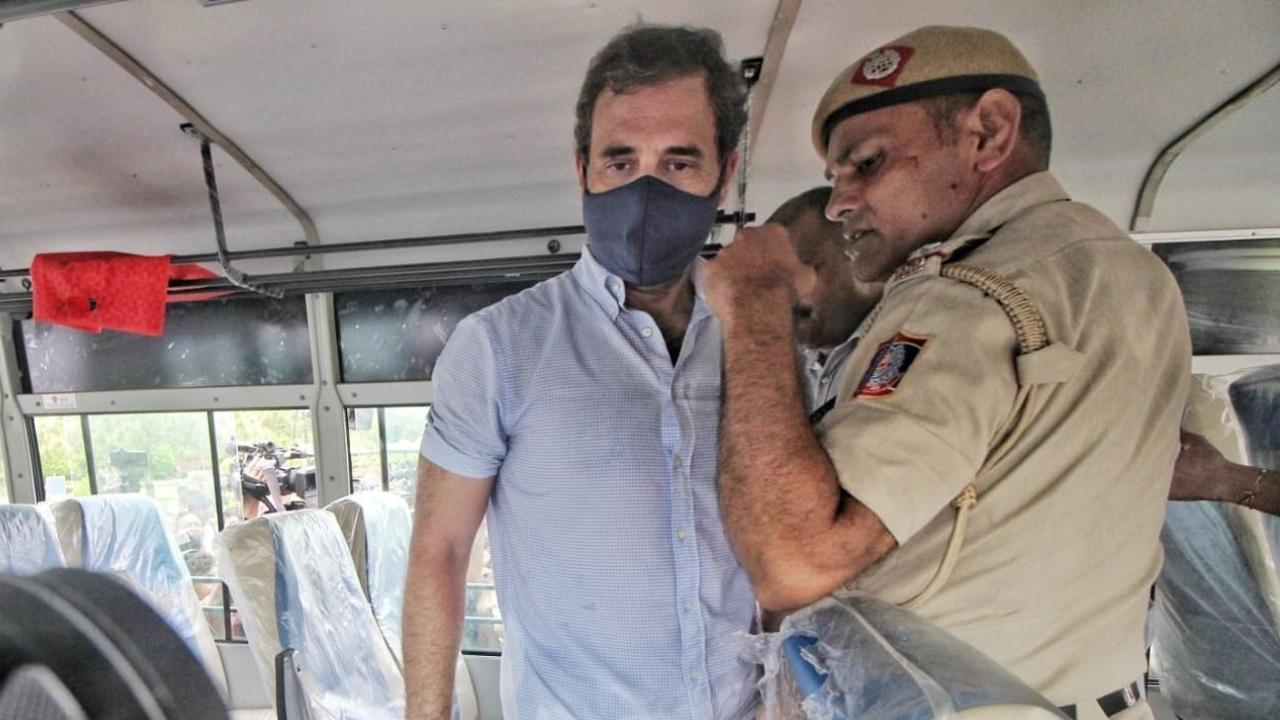 
Congress leader Rahul Gandhi was on Tuesday detained by the Delhi Police after he sat in protest with other parliamentarians against the Central government in between Parliament House and the Rashtrapati Bhavan.

The Congress MPs carried out a protest march from Parliament House to the Rashtrapati Bhavan in wake of questioning of Congress interim president Sonia Gandhi by the Enforcement Directorate (ED) and no discussion of important issues like price rise in Parliament.

Former #Congress president #RahulGandhi and several party MPs were detained by police at #VijayChowk on Tuesday after they staged a protest against the #ED questioning of #SoniaGandhi.#MiddayNews #News #Congress #India #EnforcementDirectorate #Delhi pic.twitter.com/lo9JXRt20H

However, as the parliamentarians moved forward to give a memorandum to President Droupadi Murmu, the Delhi Police stopped them midway near Vijay Chowk.

There was a heavy police deployment, including para military and Rapid Action Force.

Initially, the police began detaining other leaders, including women MPs, and at last Deepender Singh Hooda and Rahul Gandhi were left at the spot.

"What is the problem? We want to go there to meet the President and handover the memorandum. Why are we not allowed?" Rahul Gandhi could be heard while he was talking to a Delhi Police official.

The female Congress MPs could be seen being dragged by the police personnel and bundled in a bus.

Rahul Gandhi and the rest of the parliamentarians taken from there in a bus.

Leader of Opposition Mallikarjun Kharge, who was among other protesting leaders, said that they wished to meet President Murmu and apprise her of many issues including the misuse of probe agencies especially to target the Opposition members.

Rajya Sabha member KC Venugopal said the government is not allowing any discussion on price rise and the issue of vendetta politics of the ED.

"This government is making the Parliament a mockery. We want to give a memorandum to the President of India," Venugopal said.

Meanwhile, the questioning of Sonia Gandhi is currently underway at the ED office.