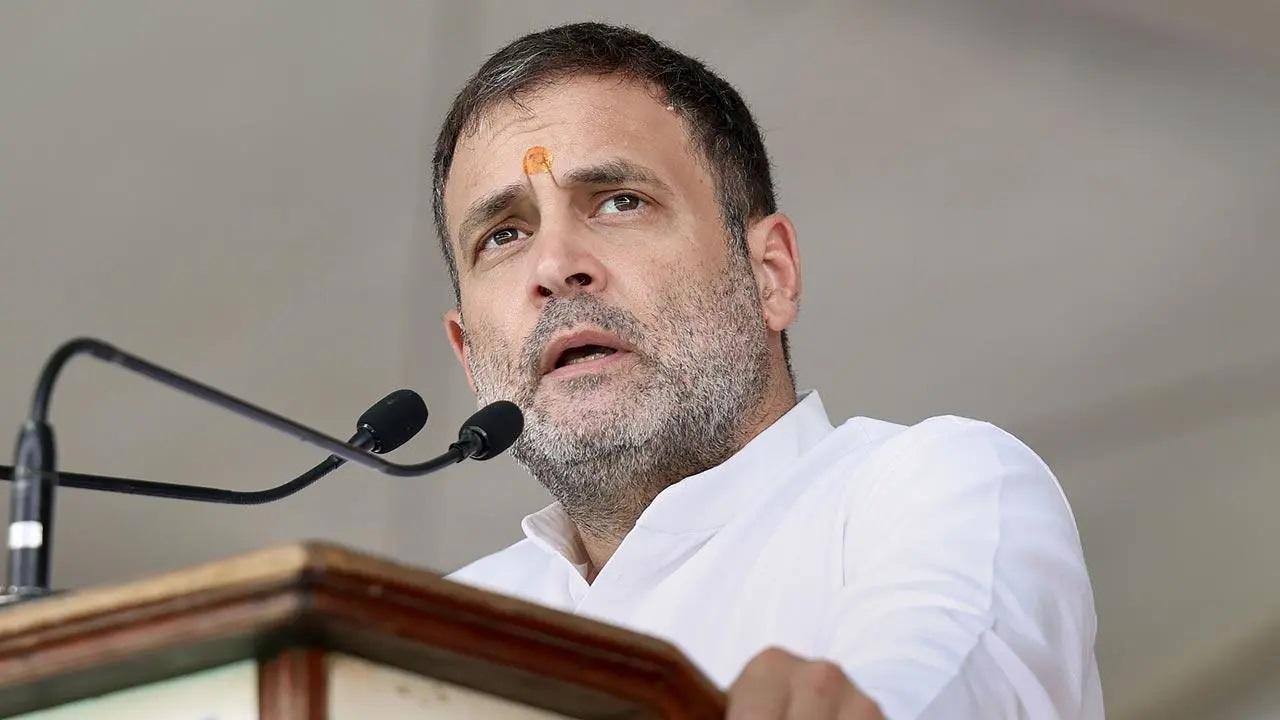 
Congress is likely to finalise nominees for the Rajya Sabha biennial elections in its meeting today, with the former party chief Rahul Gandhi, who's in London, linking through video conference, while a number of veterans are vying to re-enter the Upper House.

Congress is expected to win eight Rajya Sabha seats, largely from Rajasthan and Chattishgarh. The party veterans P Chidambaram, Ghulam Nabi Azad, Anand Sharma, Vivek Tankha, Ajay Maken, Rajeev Shukla, Mukul Wasnik and Pramod Tiwari are stated to be in the contention even while the party is mulling to prop up local leaders and minority faces following the deliberations at its Chintan Shivir, which was held in Udaipur, Rajasthan.

The meeting will be chaired by Congress' interim president Sonia Gandhi and attended by the general secretaries. Sources said former Congress president Rahul Gandhi, who is in London, is likely to attend the meeting through video conferencing.

Congress has decided to contest three Rajya Sabha seats in Rajasthan while the party may fall short of numbers for one seat for which it will bank on the support of non-BJP MLAs.

Notably, a three-point formula has also been adopted in Rajasthan under which no MLA will be considered for the Rajya Sabha nominations while giving preferences for minority and local faces.

In Chattisgarh, Congress is confident to bag two seats in Rajya Sabha. Further, the party is expecting one seat each from Maharastra, Tamil Nadu, Karnataka and Madhya Pradesh.

Congress is also expecting one seat from Jharkhand where it is in alliance with Jharkhand Mukti Morcha (JMM). Sources said JMM Chief and CM Hemant Soren has called a meeting of his party MLAs in Ranchi today, but he's said to be unwilling to give the seat to Congress.

Congress is likely to finalize its Rajya sabha nominees by Saturday evening.

Senior leader P Chidambaram whose Rajya Sabha tenure is ending from Maharashtra is under consideration from Tamil Nadu as Congress is all set to get the support of alliance partner DMK.

The G-23 leaders, including Ghulam Nabi Azad, Anand Sharma and Vivek Tankha, are also said to be in contention.

Meanwhile, names of leaders from team Rahul Gandhi like Ajay Maken and Randeep Surjewala are also under consideration.

Rajeev Shukla, Mukul Wasnik, Pramod Tiwari and Dr Ajoy Kumar are also hoping to bag the nominations. A tribal leader from Rajasthan and one from the scheduled caste from Chattisgarh are likely to find Congress' approval in the Saturday meeting.

Several members of the Rajya Sabha will retire between June 21 and August 1. Elections to 57 Rajya Sabha seats spread across 15 states will take place on June 10. While 11 seats will fall vacant in Uttar Pradesh, six members each will retire from Tamil Nadu and Maharashtra, five from Bihar and four each from Andhra Pradesh, Rajasthan and Karnataka.

The BJP currently has 95 MPs and Congress has 29 members in the 245-member house.

Next Story : Pawar took darshan of Dagdusheth Ganpati from outside temple as he had eaten non-veg food: NCP leader