COVID appropriate behaviour not being followed in 50 most-affected districts in 3 states: Centre

Of the 50 districts most affected by COVID-19, 30 are in Maharashtra, 11 in Chhattisgarh and nine in Punjab 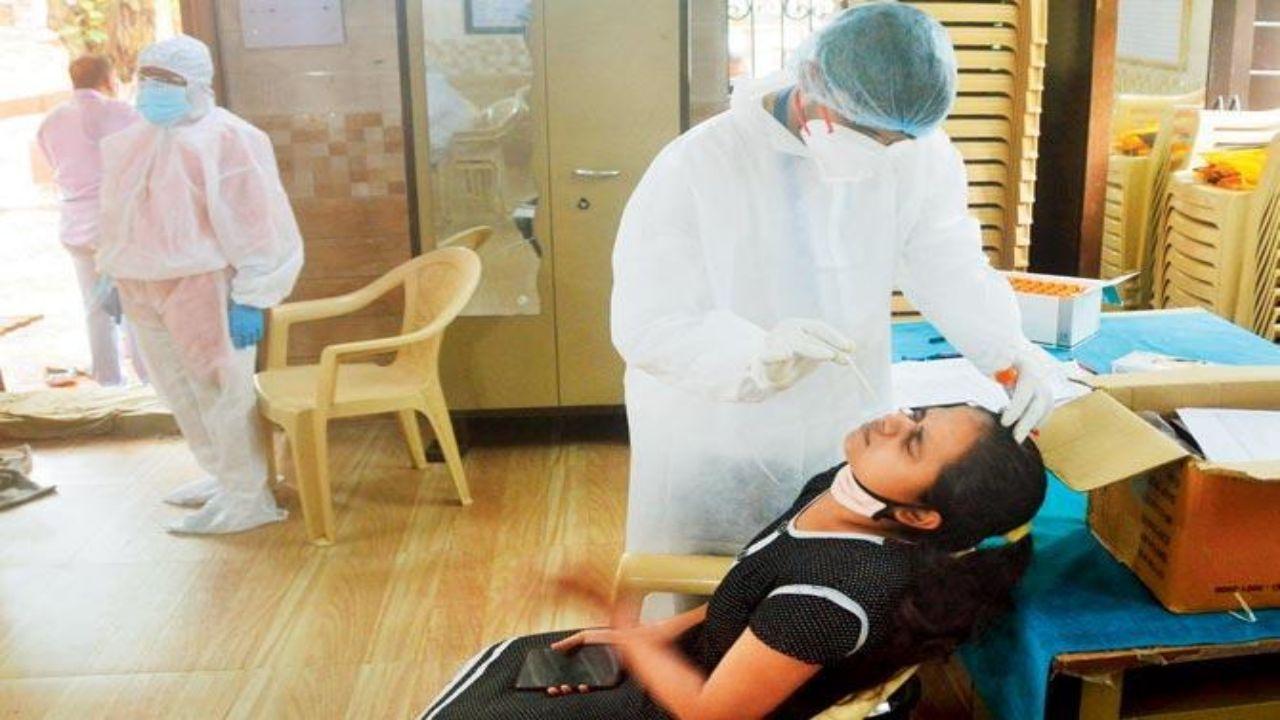 
Central teams have reported non-adherence of COVID-19 appropriate behaviour in almost all of the 50 most-affected districts in Maharashtra, Chhattisgarh and Punjab, the Union health ministry said, advising the states to more strictly enforce norms to prevent spread of the coronavirus.

On the basis of feedback from the teams, the ministry has written to the states highlighting the areas of concern, including sub-optimal containment operations and contact tracing, skewed testing and shortage of health workers. Authorities need to work in these areas, it said.

Of the 50 districts most affected by COVID-19, 30 are in Maharashtra, 11 in Chhattisgarh and nine in Punjab, it said.

In a letter to the states, Union Health Secretary Rajesh Bhushan said the Centre has also taken note of issues related to vaccine availability, and required action to augment supplies will be taken based on available stock.

He said a brief summary of key performance indicators related to testing, hospital infrastructure and vaccination, as reported by the teams, has been shared for suitable corrective actions by state or district administrations.

Thirty central teams have been deployed for the most-affected districts in Maharashtra, Bhushan said.

The ministry has written to the state highlighting that containment operations were found to be sub-optimal in Satara, Sangli and Aurangabad districts, with less than satisfactory perimeter control and lack of active surveillance for influenza like illness cases.

Surveillance and contact tracing were sub-optimal in Buldhana, Satara, Aurgangabad and Nanded, mostly due to limited manpower, Bhushan said in a letter to the Maharashtra health secretary on Saturday.

In Bhandara district most cases are being reported from outside containment zones. This requires increasing the area of such zones or notifying new ones, the letter said.

Teams from Nanded and Buldana have reported very skewed RT-PCR and rapid antigen testing ratio. Community resistance to COVID testing has been reported from Bhandara, the letter said.

It said a large percentage of COVID-19 patients are under home isolation in Bhandara and Satara. This requires rigorous follow up to minimise mortality and it is not happening, the letter said.

"lt was observed that delayed reporting by patients to definitive treatment centres in Satara is leading to large number of deaths within first 72 hours of hospital admission," it said.

Occupancy rates of available hospital bed capacity are very high in Ahmednagar, Aurangabad, Nagpur and Nandurbar while medical oxygen supply was found to be an issue in Bhandara, Palghar, Osmanabad and Pune.

Malfunctioning of ventilators was reported from Satara and Latur, and acute shortage of health workers from some other districts, the ministry said.

It suggested expediting rostering of health workers and hiring of contractual health workers.   "Adherence to COVID appropriate behaviour was found to be lacking by almost all central teams that visited the districts. This would require greater enforcement effort," the ministry said.

For Chhattisgarh, the team from Raipur and Jashpur districts reported lack of perimeter control in containment zones.

Contact tracing needs to be reinforced in Korba. Resistance, even attacks on health workers, to containment activities and testing was reported from Dhaneli in Raipur. This needs to be addressed, it said.

Lack or shortage of RT-PCR testing facilities was reported from some districts.

The ministry suggested the state to deploy mobile labs for RT-PCR testing.

Ambulance services also need to be strengthened in Durg and teams have noted that hospital bed occupancy rates are high in Balod, Raipur, Durg and Mahasamund, it said.

Limited oxygen availability and oxygen wastage were reported from Raipur and shortage of health workers from few districts.

"There appears to be a need for refresher training of surveillance teams and vaccinators in Balod and Korba districts respectively," it said.

Overcrowding and no physical distancing was observed at a vaccination centre in Rajnandangaon, the ministry said.

In Punjab, there is a need to enhance focus on contact tracing in Patiala and Ludhiana.

Contact tracing and surveillance in SAS Nagar are being hampered due to shortage of manpower and additional workforce must be deployed, Bhushan said in his letter to the Punjab health secretary.

Low rates of testing were reported from Patiala and there is no RT-PCR testing lab in Rupnagar. These need to be addressed, the letter said.

There is no dedicated COVID hospital in SAS Nagar and Rupnagar, and patients are being referred to neighbouring districts or Chandigarh, it said.

Hospital bed occupancy rates in some districts are high and arrangements must be made by authorities to deal with surge in cases, the letter said.

Teams have reported issues with procurement of ventilators in SBS Nagar. ln Rupnagar, though ventilators are available, they are not being optimally used due to shortage of workforce, particularly doctors and nurses.

Contractual hiring of health workers can address the problem, the letter said.

Shortage in workforce has been reported from Patiala, SAS Nagar and Rupnagar also.

Patiala and Ludhiana have reported slow pace of COVID vaccination among people above 45 years with co-morbidities and those above 60 years, it said.

Next Story : 65 per cent COVID-19 patients in Delhi aged below 45: Arvind Kejriwal