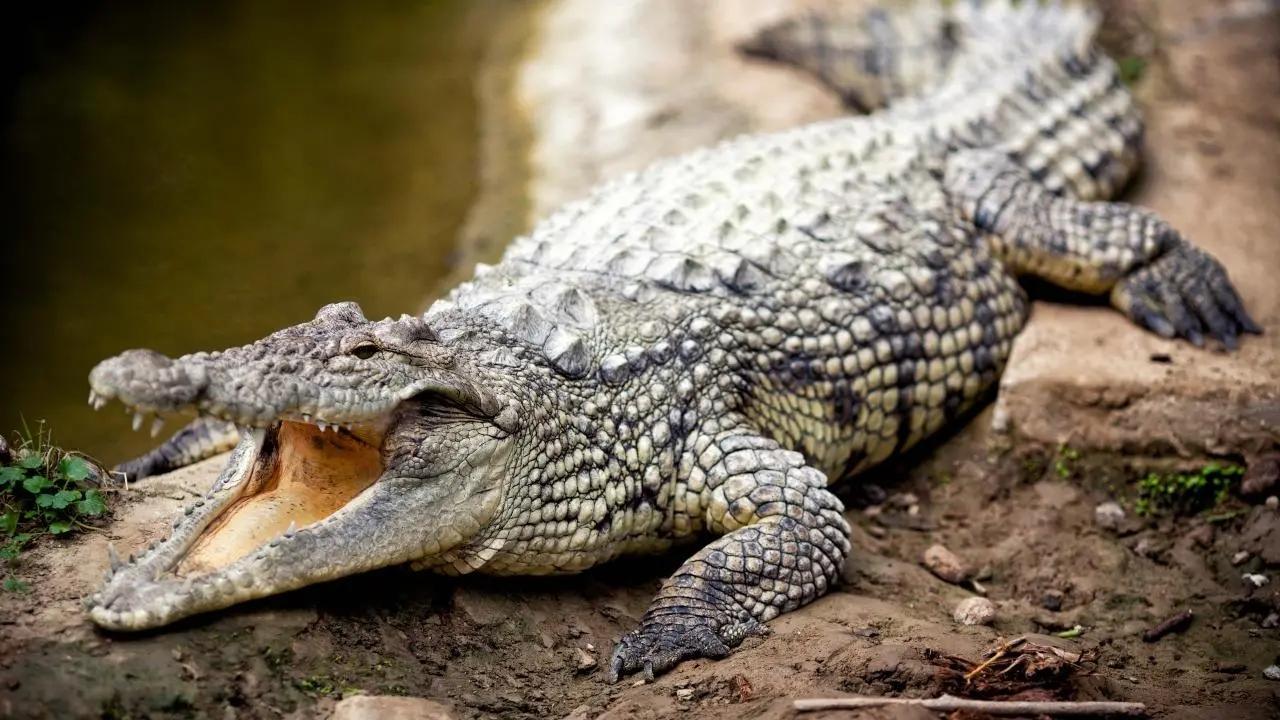 
Panic struck the students of a government school in Aligarh when a crocodile was spotted on the premises, school authorities said on Wednesday.

Divisional Forest Officer (DFO) Diwakar Vashisht told reporters that the reptile was captured from the school in Qasimpur village on Tuesday has been released in River Ganga.

As the children and staff raised an alarm after they spotted the reptile, villagers armed with sticks rushed to their rescue and managed to corner the reptile, they said.

They locked the crocodile inside a classroom till district officials and State Forest department staff arrived and captured it, they said.

There are a number of rivulets in this area and river Ganga also flows nearby.

According to school staff members, a number of crocodiles have been spotted in the village pond and the villagers, on several occasions, have drawn the attention of the local authorities but in vain.

According to locals, in all probability, the crocodile somehow managed to make its way to the village pond from these rivulets during floods and reached the school.

The DFO said that steps have been initiated with the help of the village panchayat to investigate whether more crocodiles are inhabiting the pond. If they are detected then they would also be captured and released in the river, he said.

Next Story : Anguished over hate speeches on TV, Supreme Court wants to know if govt wants to bring law to curb them