The Housing and Urban Affairs minister said that the Centre will seek amendment in the Delhi Development Act, 1957, in the coming session of Parliament, to speed up land pooling policy implementation in the national capital 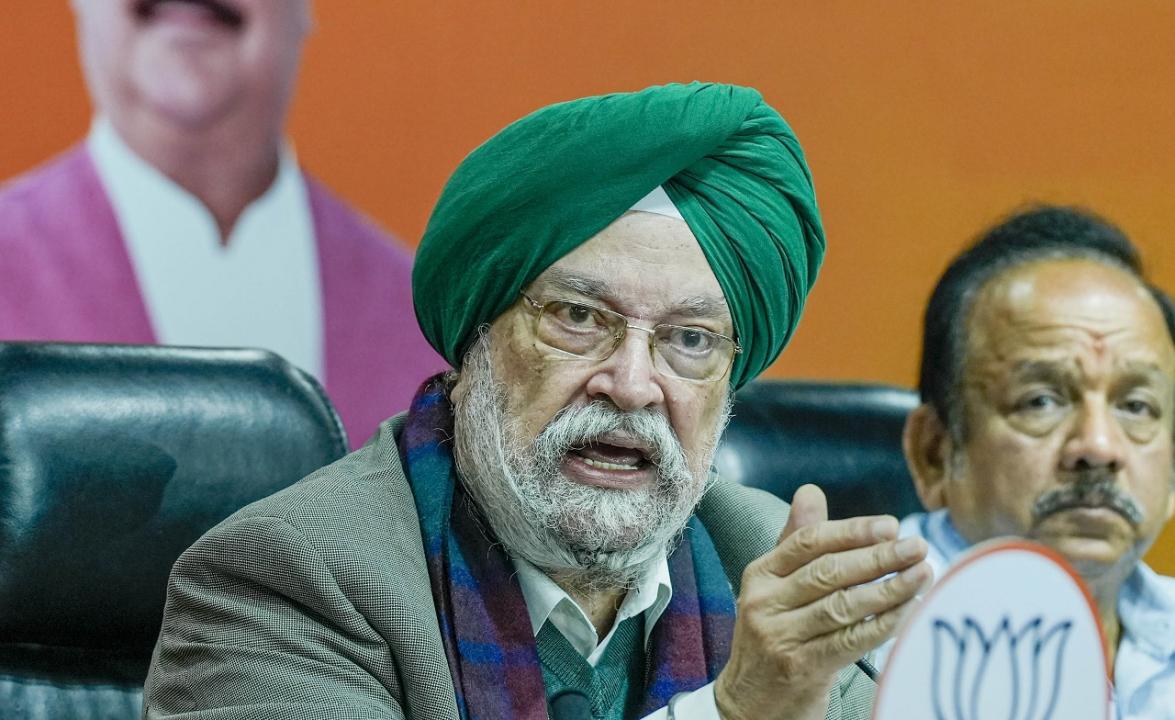 The Housing and Urban Affairs minister said that the Centre will seek amendment in the Delhi Development Act, 1957, in the coming session of Parliament, to speed up land pooling policy implementation in the national capital.

Ahead of the MCD polls on December 4, Puri accompanied by Delhi BJP MPs, said in a press conference that the Centre will also initiate work for the redevelopment of 299 slum clusters under the Delhi government.

Estimating Delhi's current population at around 2 crores, Puri said redevelopment initiatives of centres like PM-UDAY in unauthorised colonies will benefit about 50 lakh people while the land pooling scheme will benefit 75 lakh people in Delhi.

Also Read: If BJP had worked in MCD, it would not have needed big campaigners for election: Kejriwal

He said the redevelopment of group housing societies and DDA colonies is also underway and it has been included in the Master Plan of the city.

"A total of around 1.35 crore people out of the estimated 2 crore population of the city at present will benefit from these schemes," he said.

Puri said there are 675 slum clusters in Delhi. In 210 slum clusters, forms have been filled up by residents under the 'Jahan Jhuggi Wahin Makan' scheme and in the remaining 166 it will be completed by March next year.

He said under the land pooling policy implemented in 2019, a total of 7,100 applications have been received so far and 7,400 hectares of land have been pooled.

Notices have been issued for six sectors where consortiums have been formed and 70 per cent of landowners have shown keenness for going ahead with the development work as per the policy, he added.