Whatever are the comments and beliefs, India did not let anybody trespass on its territory, Rajnath Singh said 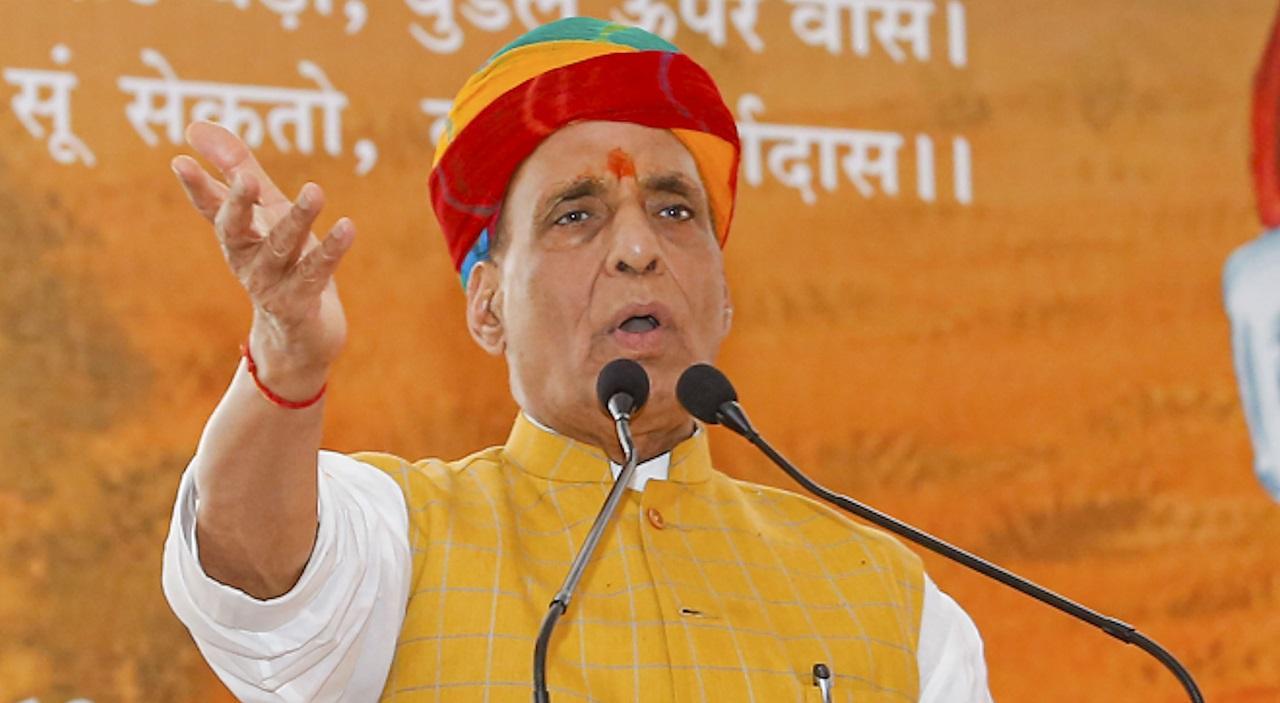 Defence Minister Rajnath Singh addresses a gathering at a ceremony for the unveiling of a statue of renowned Marwari warrior Veer Durgadas Rathore, in Jodhpur. Pic/PTI


Defence Minister Rajnath Singh on Saturday India did not let China enter its territory and appealed to political parties not to politicise issues related to the country's security.

Whatever are the comments and beliefs, India did not let anybody trespass on its territory, he said.

The government has accorded top priority to the safety and security of people of India, Rajnath said stressing that a befitting reply will be given to anyone who tries to disturb the country's peace and harmony.

"Many incidents happened in this matter, which only we two-three people know. I cannot divulge those details but we did not let them infiltrate into our territory," he said.

Rajnath appealed to the political parties not to politicise the issue.

Rajnath said the armed forces are being equipped with the latest weapons and technology, and they are ready to deal with all future threats.

Underlining the importance of achieving self-reliance in defence production to build a strong military, he said his ministry has undertaken a number of reforms to manufacture indigenous weapons.

"Due to the measures taken by the government in the past a few years, India has leapfrogged to find a place among the top 25 defence exporters of the world. By the end of this decade, India will not only make defence equipment for itself but also fulfil needs of friendly foreign countries," he said.

Rajnath said the BJP practises what it preaches as he unveiled a statue of a Rajput general of the Mughal era.

"It is said that there is a difference between what politicians say and do," Rajnath said unveiling the statue Veer Durgadas Rathore at Salvan Kalan village of Jodhpur on the Rajput general's 385th birth anniversary.

"But the BJP does what it says. We get this inspiration from sons of the soil like Veer Durgadas Rathore," Rajnath said in his address.

Praising the installation of the statue, Rajnath said Rathore stood for religious harmony.

"We need to learn from him at a time when some powers are conspiring to widen the rift between Hindus and Muslims," he said.

Next Story : CRPF personnel injured in grenade attack in Srinagar