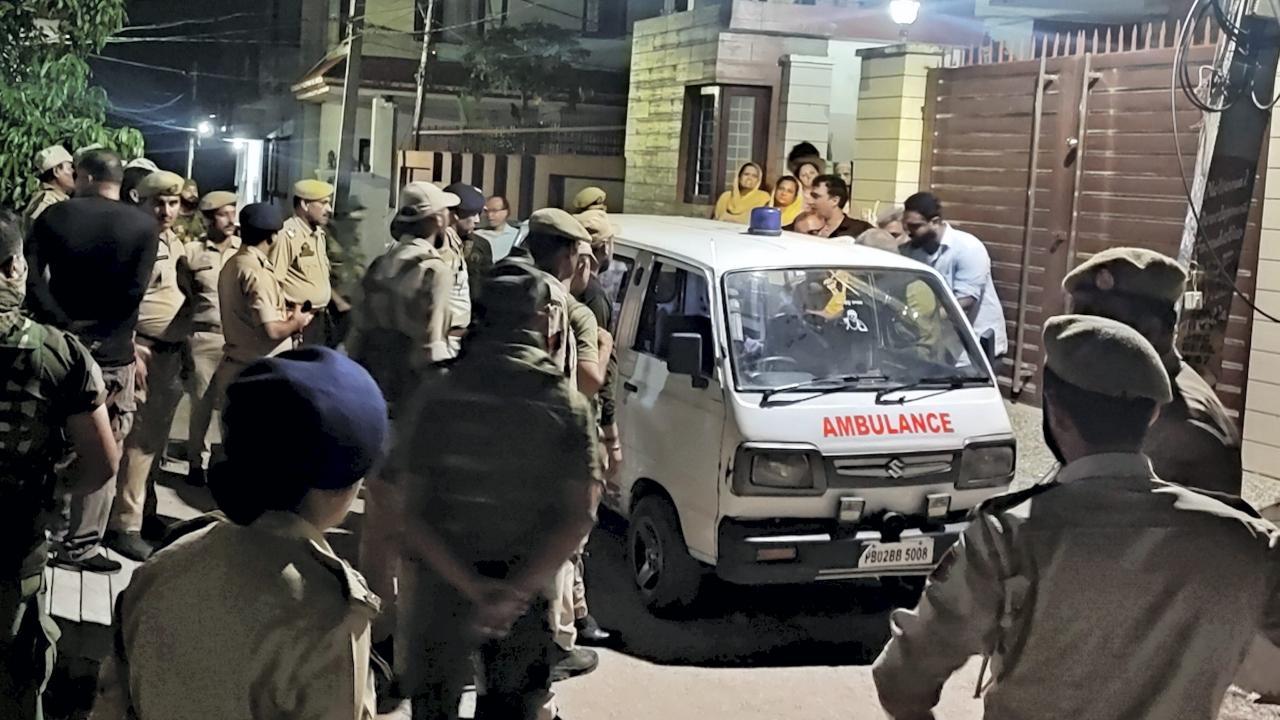 Police personnel with an ambulance outside the residence of Jammu and Kashmir's Director General (Prisons) Hemant K. Lohia after he was found murdered on Monday night. Pic/ PTI

Yasir Lohar's arrest followed a major all-night manhunt, police said in a statement, adding that his interrogation had begun.

He was arrested from a field in Kanhachak area. Lohar is a resident of Halla-Dhandrath village in Ramban district.

Lohia was found dead at his residence in the outskirts of Jammu on Monday night. There were burn injuries and his throat was slit, officials said.

Next Story : PM Narendra Modi to participate in Dussehra celebrations in Kullu