The SP currently is a state party, according to the Election Commission criteria 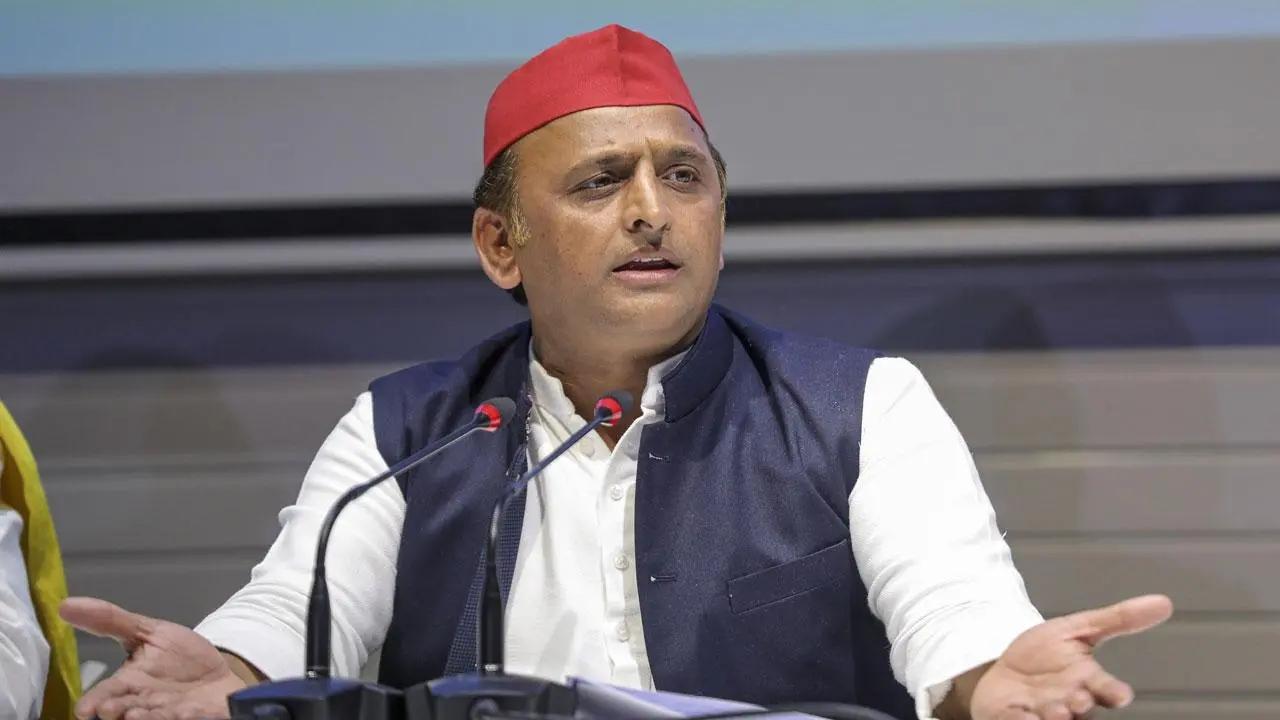 Yadav (49), who in his fresh term will lead the party in the 2024 Lok Sabha polls and the 2027 Uttar Pradesh elections, said his father and SP founder Mulayam Singh Yadav always wanted the SP to become a national party.

"We struggled for it and tried a lot. On this day, when you are giving me another term of five years, we should all take a pledge that the next time we meet the SP becomes a national party," he told the party's national convention here.

The SP currently is a state party, according to the Election Commission criteria.

A party has to fulfill any of the three criteria to be declared a national party: winning two per cent of seats in the Lok Sabha (11 seats) from at least three different states in the latest polls, winning six per cent of the total valid votes in at least four states in an election to LS or a legislative assembly, in addition to winning four

Lok Sabha seats; or being recognized as a state party in at least four states.

The party said Yadav was elected unopposed following due process.

Taking over from his father, Yadav first become SP president at an emergency meeting of the party in the backdrop of power tussle in the family in January 2017, and for the second time at the scheduled party national convention at Agra in October the same year.

"It should be the effort of the socialists that those who follow the principles of Babasaheb Bhimrao Ambedkar and Dr. Ram Manohar Lohia (socialist idealogue) be brought together to work towards saving the Constitution and democracy," Yadav told the partymen at the Ramabai Ambedkar Maidan, which was built during the chief ministership of BSP supremo Mayawati.

Hitting out at Yadav, Mayawati said his efforts to project himself as an Ambedkarite was an "eyewash" (chhalawa) driven by a "greed for votes."

She alleged that during SP rule in the state, Dalits were neglected and statues of heir icons installed during the BSP regime were removed.

Yadav said the post of party president comes with a huge responsibility.

"This responsibility has been given to me when there is a threat to democracy and the Constitution of the country," he said attacking the BJP. "The governments in Delhi and Lucknow have gradually captured all the institutions. I assure you that if I have to work against it every moment, I will fight all such forces."

Terming the BJP "biggest liars in the political history", Yadav said those who have studied history would know the Hitler government used to have a propaganda minister. "There was only one minister there, but if you look at the BJP's propaganda, it would look as if the entire BJP is functioning on the basis of lies."

He said the day BJP starts speaking truth it will slide into the political abyss.

"Today is Navratri and there are many of our associates who are fasting. Today we should only pray to Maa Durga that those who are in power start speaking the truth." Claiming, without evidence, that the BJP "snatched" victory from his party in the recent Assembly elections by "misusing official machinery", Yadav told his party workers, "This government is not made by people's vote. When you had gone to the public for membership drive, you must have realised the people themselves do not believe as to how a BJP government was formed. These people have snatched your government."

Hitting out at the Election Commission, Yadav alleged at the behest of BJP "Panna in-charges" (booth incharges), at least 20,000 votes from the SP core base i.e. Yadav and Muslims in every assembly constituency were removed.

"If you want, get it checked. It was part of BJP's strategy."

Despite all these "wrongdoings", a BJP government would not have been formed "had we fought and increased votes by just two-three per cent in our strong booths." He asked SP workers to make their booth the strongest so that not a single vote is missed.

He alleged big industries and factories are being taken to BJP-ruled Gujarat while states like Uttar Pradesh and Bihar are left in the lurch.

"Why this discrimination against Uttar Pradesh and Bihar which have the largest population? What is the benefit of the double engine government to the state which helped the BJP form its government twice at the Centre?" he asked.

Yadav's common cause for Uttar Pradesh and Bihar comes in the backdrop of his recent meeting with Bihar Chief Minister Nitish Kumar who is trying to unite opposition parties against the BJP in run up to the 2024 general elections.

On the Agnipath recruitment scheme in the army, he said no one wants temporary jobs. "It is because of poverty and massive unemployment that our youths are sad and going for recruitment as Agniveers. The government should not think they are happily coming for recruitment."

On senior SP leader and MLA Azam Khan, Yadav said he has been subjected to relentless injustice since the BJP has come to power. "There would be only few in history of politics who faced so many fake cases. The officers are told they will get promotion and good posting only if they do injustice (to Azam Khan)," he said.

Next Story : SC to hear pleas against Jallikattu, bullock cart races on November 22