Elections to be held in J-K after voters' list compilation, says Amit Shah

"As soon as the work of compiling the voters' list is completed, elections will be held in J&K with full transparency. Earlier the delimitation was done in such a way only the representatives from the three families would be elected, no matter what you do" 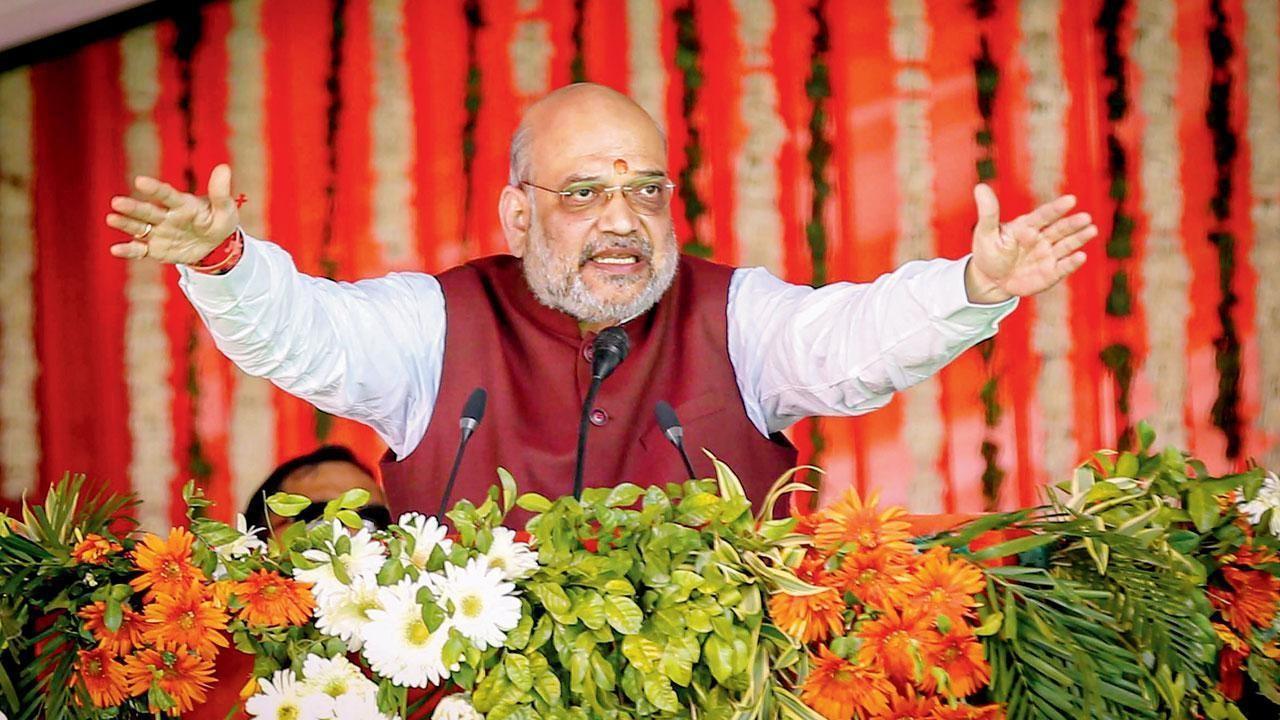 
In a major announcement, Union Home Minister Amit Shah on Wednesday said that the elections will be held in Jammu and Kashmir will "full transparency" as soon as the work of compiling the voters' list is completed.

Shah said that manner in which delimitation has been done in the region, representatives of the people's choice will be elected.

"As soon as the work of compiling the voters' list is completed, elections will be held in J&K with full transparency. Earlier the delimitation was done in such a way that only the representatives from the three families would be elected, no matter what you do.

The delimitation that Election Commission has done, your own representatives will win the elections and rule," Shah said while addressing a rally in Baramulla on the last day of his three-day visit to J-K.

Assembly polls to elect the government in the Union Territory are due since the abrogation of Articles 370 and 35A on August 5, 2019. The Centre while abrogating the special status of the region, had said that the status of state will be given to Jammu and Kashmir at the appropriate time and the elections will be held after delimitation.

The orders of the Delimitation Commission were effective from May 20 with the Centre choosing the day for the move using powers of the Jammu and Kashmir Reorganisation Act, 2019.

As per the final Delimitation Order, out of the 90 Assembly Constituencies (ACs) in Jammu and Kashmir, 43 will be part of the Jammu region and 47 for the Kashmir region keeping in view the provisions of Section 9(1)(a) of the Delimitation Act, 2002 and Section 60(2)(b) of Jammu & Kashmir Reorganization Act, 2019.

Before concluding his visit to the Union Territory, Shah will also launch and lay foundation stones for various development projects in Srinagar around 3.30 pm.Earlier on Tuesday, the home minister visited the Shri Mata Vaishno Devi Shrine in Katra where he offered prayers.

Notably, this was Shah's first visit to the holy shrine after being appointed the Home Minister of the Modi government 2.0. His visit, during which he was accompanied by Jammu and Kashmir Lieutenant Governor Manoj Sinha and Union Minister Jitendra Singh, coincided with the ninth day of the ongoing Navratri festival.

Next Story : 'National Logistics Policy to provide impetus to Ease of Doing Business'