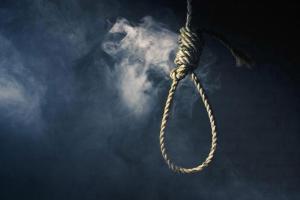 
Chaman Singh, father of lab technician who was kidnapped and murdered last month as Uttar Pradesh police was involved in a botched up rescue operation, has threatened to commit suicide with his entire family if the police did not find his son's body. The accused, now arrested, had told the police that they had kidnapped Sanjeet Yadav for ransom on June 22 and had then murdered him on June 26/27. They said that they had thrown his body in the Pandu river.

The Kanpur police, since July 23, has been trying to trace the body of Sanjeet but have failed in their efforts. Chaman Singh told reporters that he and his family will first try to meet Chief Minister Yogi Adityanath with their demands. "If even after meeting the chief minister, we do not get justice, we will commit suicide by setting ourselves ablaze in front of Vidhan Sabha in Lucknow," Singh said.

Chaman Singh further said, "It is not only the body, the police have not even recovered his other belongings, including his bag and ATM card. Police have only recovered his bike." Sanjeet was kidnapped on June 22. The family was later asked by the kidnappers to pay a ransom of Rs 30 lakhs. The police asked the family to arrange for the money and hand it over to the kidnappers and the police would catch them red-handed.

The family threw a bag containing the cash on a road from the top of a flyover as instructed in the presence of police but the kidnappers ran away with the bag before the police could catch them.

Sanjeet's mother and sister said they had sold jewellery and property to arrange for the ransom money.

The case led to massive public outrage and the Kanpur SSP Dinesh Kumar Prabhu was transferred by the chief minister while four others were suspended.