Tharoor all set to enter fray, Ashok Gehlot being seen as the other contender 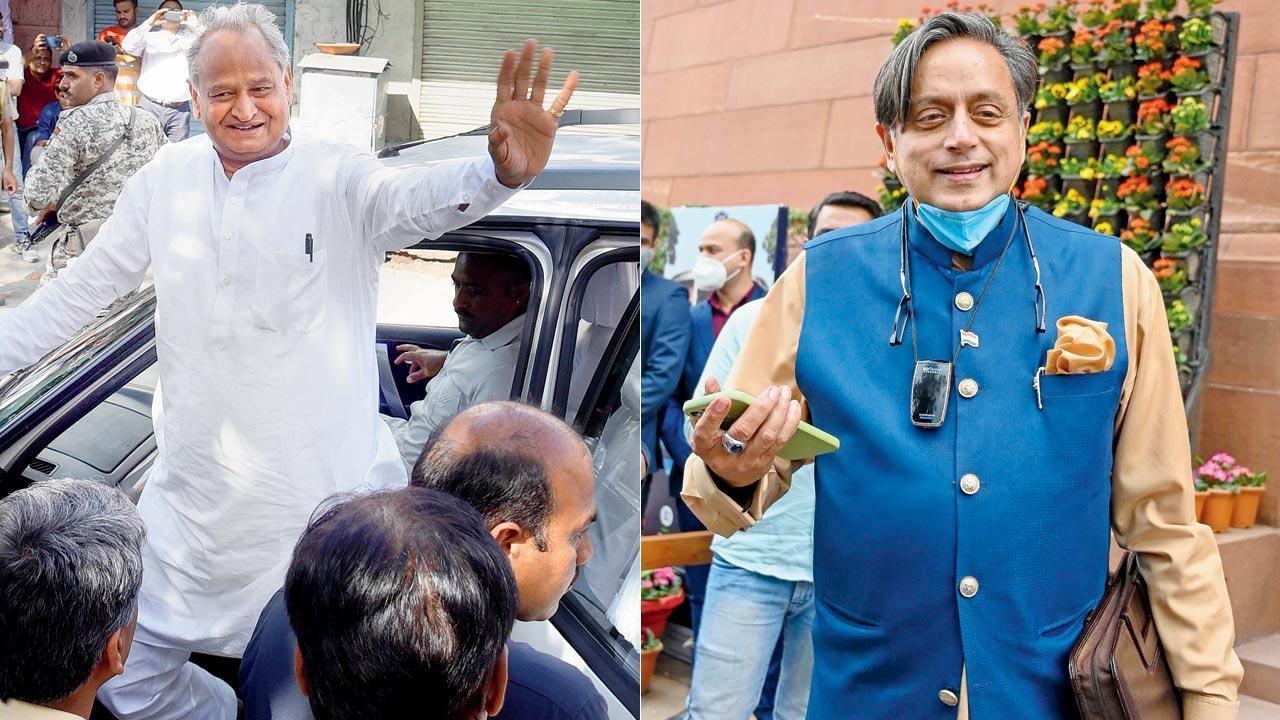 Sources say Ashok Gehlot is another candidate, but he has been saying that he will try and persuade Rahul Gandhi to contest; Shashi Tharoor met Sonia Gandhi on Monday to express his desire to contest the poll


After over two decades, the Congress is likely to see a contest for the post of party chief with Shashi Tharoor looking set to enter the fray after his meeting with Sonia Gandhi and Ashok Gehlot being seen as the other contender.

It would, however, be interesting to see if a surprise candidate or candidates also throw their hat in the ring.

The upcoming polls would certainly be historic as the new president would replace Sonia Gandhi, the longest-serving party president who has been at the helm since 1998, barring the two years between 2017 and 2019 when Rahul Gandhi took over.

The party last saw a contest for the post in November 2000. Jitendra Prasada had lost to Sonia Gandhi in 2000 and prior to that Sitaram Kesri had defeated Sharad Pawar and Rajesh Pilot in 1997.

With Rahul Gandhi likely to stick to his earlier stance of not taking on the mantle of party president, it seems the party will have its first non-Gandhi president in over two decades.

Also, with Sonia Gandhi asserting that she would remain neutral in the polls and there would be no “official candidate” it could be a keener contest than the one in 2000.

Tharoor on Monday met Sonia Gandhi and expressed his intention to contest the upcoming AICC chief polls, while the Congress president conveyed that she would stay “neutral” in the elections, according to sources.

With regard to Tharoor’s meeting with Gandhi and the speculation over it, Congress general secretary Jairam Ramesh tweeted, “Entire party is immersed in making Bharat Jodo Yatra a success. Even so it is important to reiterate that any member is welcome to contest for Congress president”.

Rajasthan Chief Minister Gehlot is being considered a candidate for the top post favoured by the present dispensation, said some sources. Gehlot, however, denies that he is a candidate and has been saying that he will try and convince Rahul Gandhi to contest.

17
Day in October when the election will be held

Next Story : Intimate moments await some inmates at Punjab jails