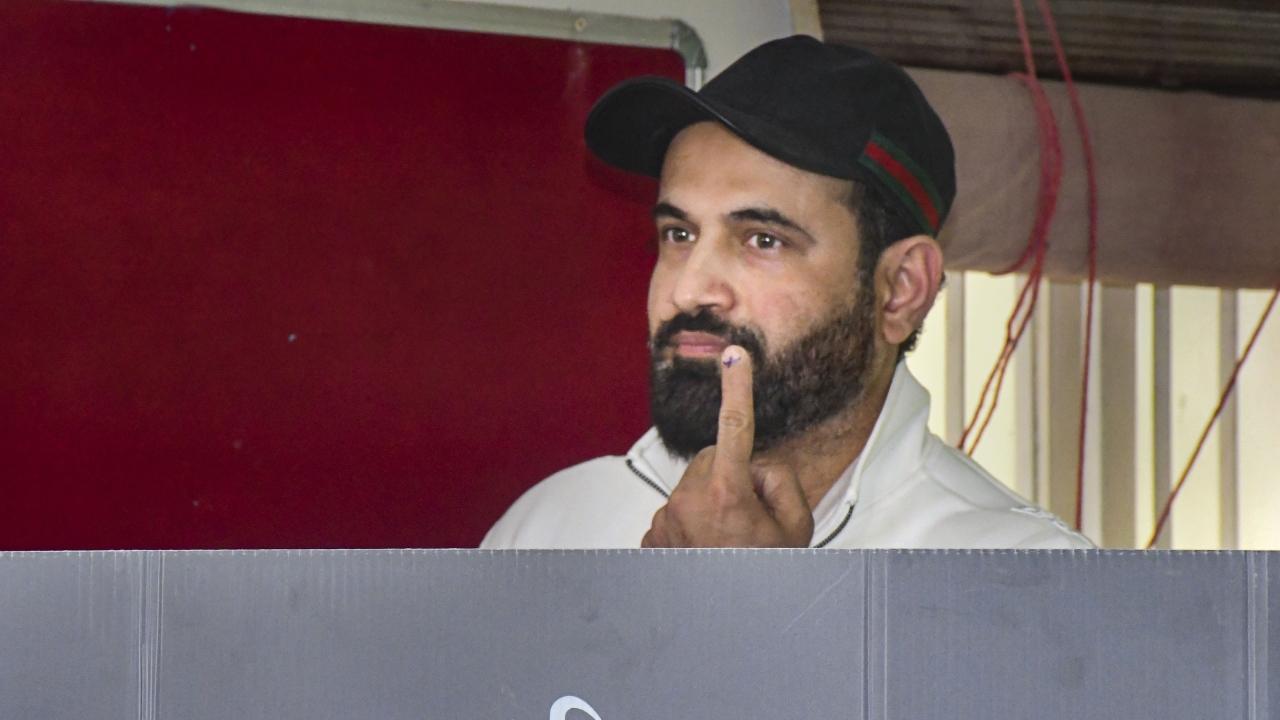 
Former Indian cricketers Yusuf Pathan and Irfan Pathan along with their family members cast their votes at a polling booth in Vadodara during the second phase of Gujarat Assembly polls on Monday. The Pathan brothers with their family exercised their franchise at Sant Kabir School in Vadodara on Monday afternoon.

"I appeal to people to come out and vote," Yusuf Pathan told ANI. Irfan Pathan said India has youth power and the potential to become a global superpower. He emphasised on youth's participation in electoral processes.

Also Read: Gujarat Polls: Voter turnout at 50.51 per cent till 3 pm in 2nd phase of voting

"It is our right and responsibility to vote. I came to know that till now only about 60 per cent polling has been done, so I appeal to people to come and increase it. I am hopeful that our country can become a superpower in the coming time as we have youth and potential," Irfan Pathan told reporters.