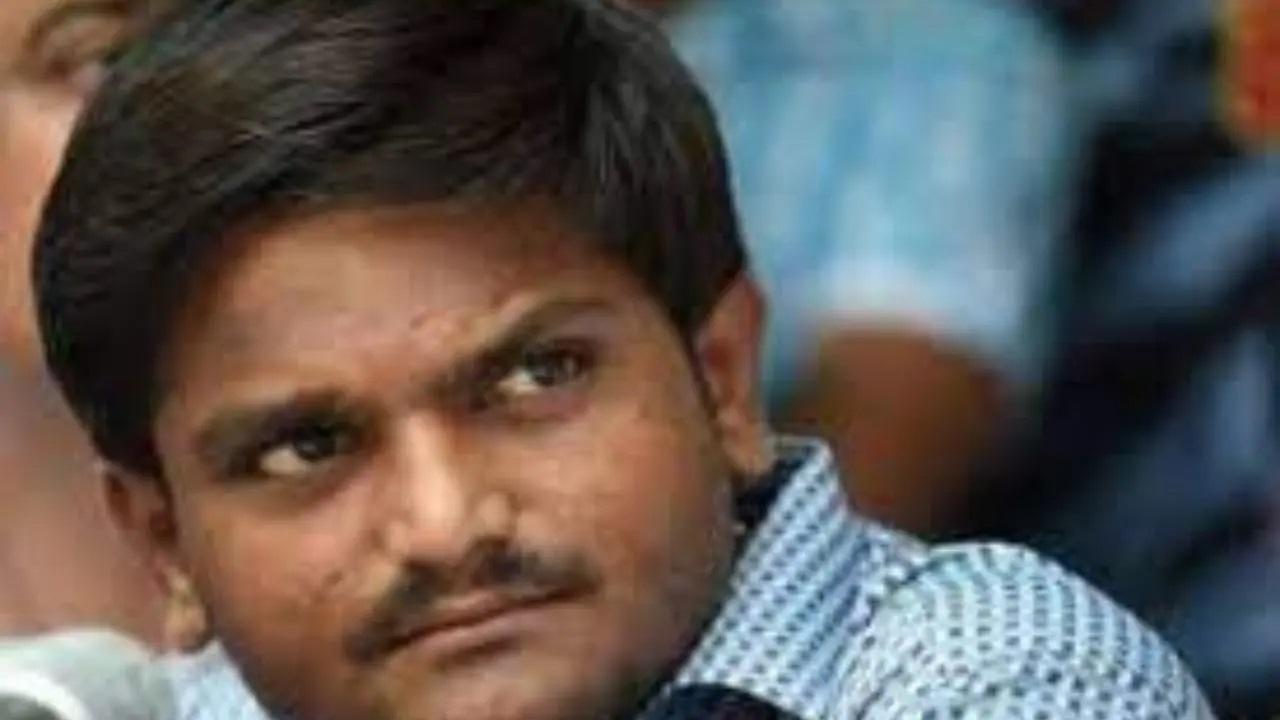 
Patidar quota agitation leader Hardik Patel resigned as the Gujarat Congress working president and from the party's primary membership. Before quitting, Patel (28), who had joined the Congress in 2019, wrote a scathing letter to party chief Sonia Gandhi, claiming the Congress "only played to the role of a roadblock" over certain key issues in the country and was "merely reduced to opposing everything".

Without taking any name, he said in the letter that whenever he raised issues of the people of Gujarat, senior Congress leaders were busy checking messages on their mobile phones, and some leaders were ¿enjoying abroad¿ when the party and the country needed them. Patel had since sometime been critical of the Congress and recently praised the BJP.

In a tweet, Patel said, "Today, after mustering courage, I am resigning from my party post and primary membership of the Congress. I hope my followers and people of Gujarat will welcome my step. I believe that I will be able to serve the state better after this step."

In the letter to Sonia Gandhi, Patel claimed that despite several attempts to steer the Congress in the right direction, the party has constantly been working "against the interests of my country and our society". "Hence, I wish to draw your attention to certain very important issues...Over the last three years, I have found that the Congress and its leadership, both at the central and state levels, have been merely reduced to opposing everything. "Be it the Ram Mandir in Ayodhya, revocation of Article 370 from Jammu and Kashmir, the implementation of GST, India wanted a solution to these issues for a long time and the Congress only played the role of a roadblock,¿ he said in the letter. When it came to issues related to India, Gujarat and the Patidar community, the Congress's only stand was to oppose whatever the central government led by Prime Minister Narendra Modi did, he said.

"The Congress today has been rejected in almost every state of India, because the party and its leadership have not been able to present a basic road map to the people,¿ Patel said. Hardik claimed that whenever he approached senior Congress leaders on serious issues of people, they were busy scrolling messages on their mobile phones. ¿The lack of seriousness about all issues is a major problem with the party's senior leadership. Whenever I met senior leaders, I always felt that they were not really interested in hearing about problems concerning the people of Gujarat, but were engrossed in what messages they had received on mobile phones and other such trivial things,¿ he said in the letter. Apparently targeting Congress leader Rahul Gandhi over his foreign visits, Patel said, "Whenever our country faced challenges and when the Congress needed leadership, party leaders were enjoying abroad.¿ He also claimed that senior Congress leaders hated Gujarat. "Senior leaders behave in way that they hate Gujarat and Gujaratis. How in the world does the Congress expect people of Gujarat to see them as an alternative to lead our state?" he sought to know.

"Whenever I went among the youth, I was always asked why I was in the party which constantly insulted Gujaratis, be it those in the business sector, in matters of religion and even in politics. Gujaratis can never forget how the Congress has insulted Sardar Vallabhbhai Patel," the Patidar leader said. He said it is unfortunate that big leaders of the Gujarat Congress are "far away" from issues of the state, and are more focused on ensuring that "chicken sandwiches for leaders coming from Delhi are delivered on time".

Hardik Patel had gained prominence in 2015 after he led the agitation seeking reservation for the Patidar community in the state. He was made the Gujarat Congress working president in July 2020.