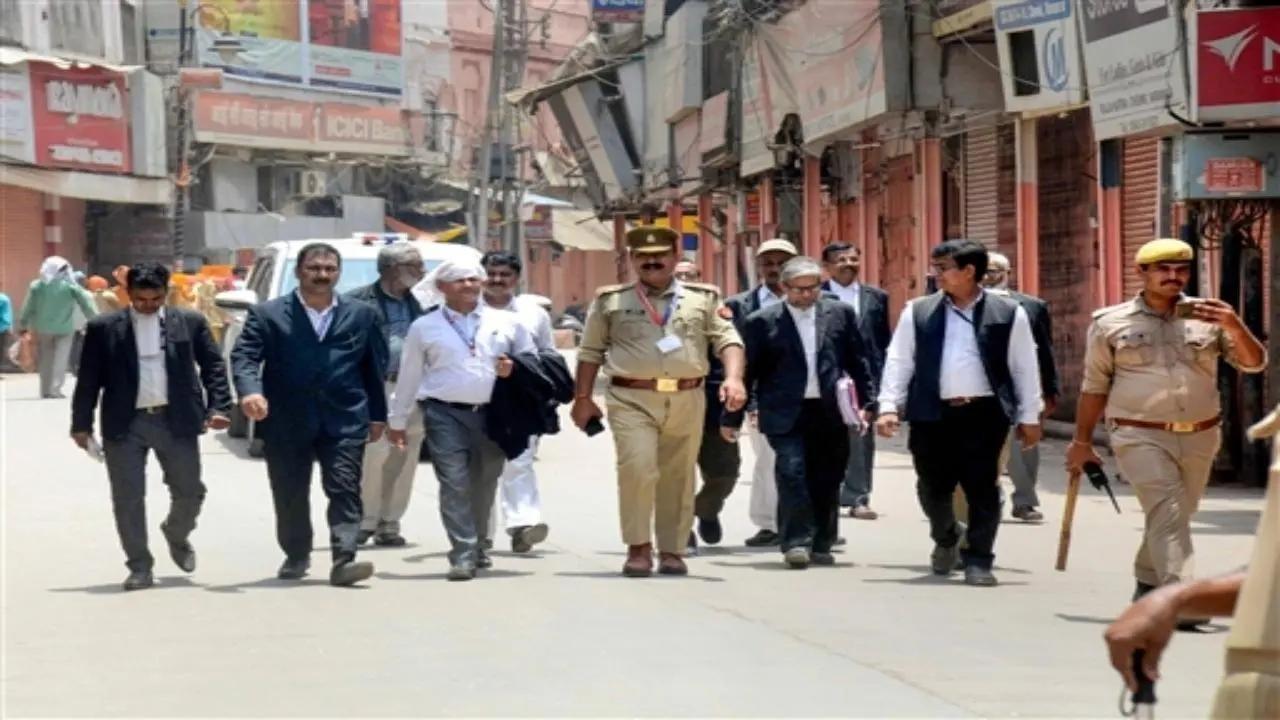 
The third day of the court-ordered videography survey of the Kashi Vishwanath Temple-Gyanvapi Mosque complex in Varanasi began on Monday morning amid tight security and a huge influx of devotees visiting the temple for Vaishakh Purnima.

"The Court commission is conducting the Gyanvapi mosque survey on the third day. We have made adequate arrangements to manage the heavy inflow of devotees to Kashi Vishwanath Temple on Vaishakh Purnima today," Commissioner of Police Varanasi, A Satish Ganesh said.

As far as the survey is concerned, the lawyers of both sides, police officers, the District Magistrate and government officials related to the survey have reached the spot.

This survey is being conducted in accordance with the Varanasi Civil Court's order to continue the survey despite objections from the mosque authorities.

Five women had filed a petition in the court seeking permission for daily worship at the Shringar Gauri temple, which is claimed to be situated inside the Kashi Vishwanath-Gyanvapi Mosque premises.

The order of the civil court for undertaking survey and videography at the premises came on the petition of the aforesaid.

Another petition, which was filed by one Vijay Shankar Rastogi, had contended that the entire premises belonged to the Kashi Vishwanath and that the Gyanvapi Mosque is only a part of the Temple, is also pending in the court since 1991.

Rastogi had also claimed that the Kashi Vishwanath Temple had been built over two thousand years ago and the temple was demolished by the Mughal emperor Aurangzeb.