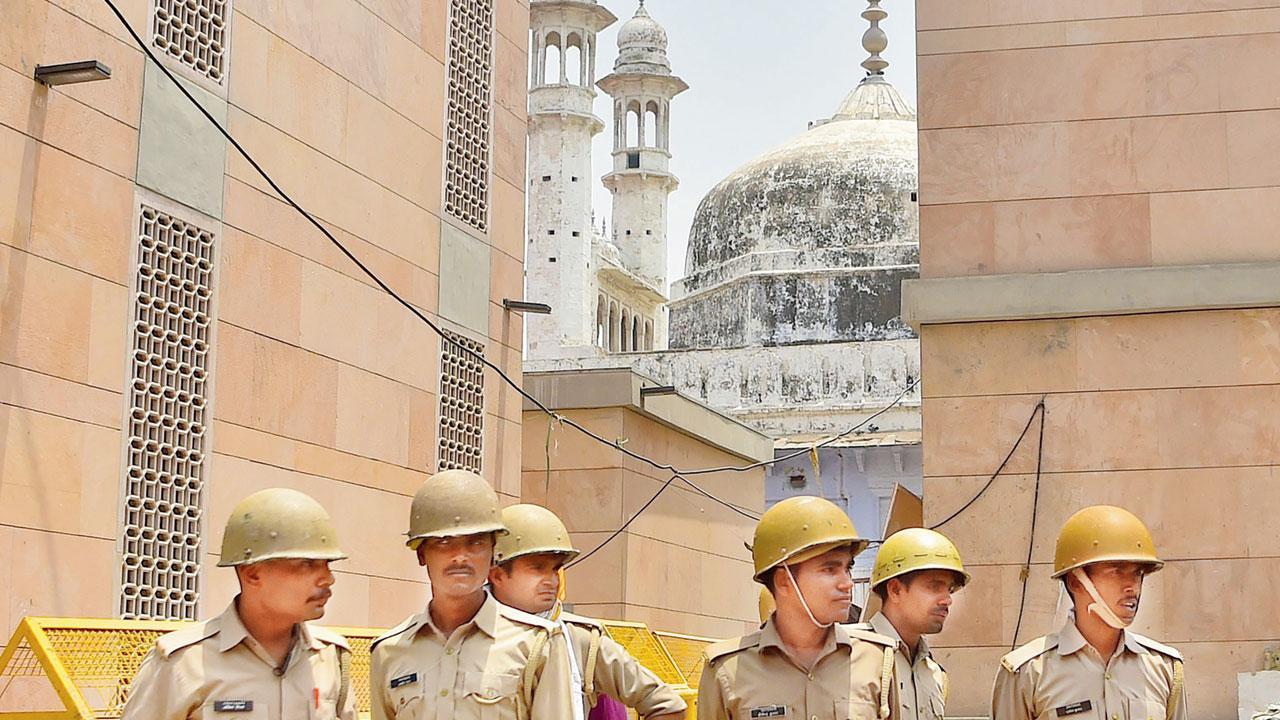 Cops stand guard near the Gyanvapi mosque during Friday noon prayer, in Varanasi on May 20. Pic/AFP


A district court here will decide Tuesday whether to hear first the Hindu petitioners’ plea to invite objections to the Gyanvapi mosque survey report or the Muslim side’s case that the writ is not maintainable.

A fresh plea seeking permission to worship the “Shivling” claimed to have been found on the Gyanvapi mosque premises during a video survey ordered by a lower court was also filed. They have also sought removal of debris in the passage leading to the room under ‘Shivling’.

The Muslim side has opposed sealing of the wazukhana area and seeks considering Gyanvapi survey and case with reference to the Places of Worship Act, 1991. The Hindu side argued that since a court-appointed commission has completed its survey work, the opponents should present their objections to it.

Anjuman Intezamia Masjid Committee’s lawyer Mohammad Tauhid Khan argued that the writ is not maintainable under order 7 and Rule 11 of the CPC (Civil Procedure Code), hence, it should be dismissed. Yadav said they pleaded to make available the commission’s report and videography done by it to present its side on it.

Anjuman Intezamia Masjid Committee’s lawyer Mohammad Tauhid Khan argued that the writ is not sustainable, hence it should be dismissed. A fresh petition was also moved on Monday by Dr Kulpati Tiwari, Mahant of Kashi Vishwanath temple, for regular “pujan” (worship) of the “Shivling”, which he said was found in the Gyanvapi mosque complex.

In another important development, the Hindu side has filed an application under 156 (3) CrPC before Chief Judicial Magistrate for registration of FIR under sections 153A(2) and 505 (3) IPC against persons who allegedly performed wuzu (between May 16-19) in the wuzukhana where ‘Shivling’ was stated to be found.