Har Ghar Tiranga: What is the Flag Code of India? rules and regulations to hoist tricolour 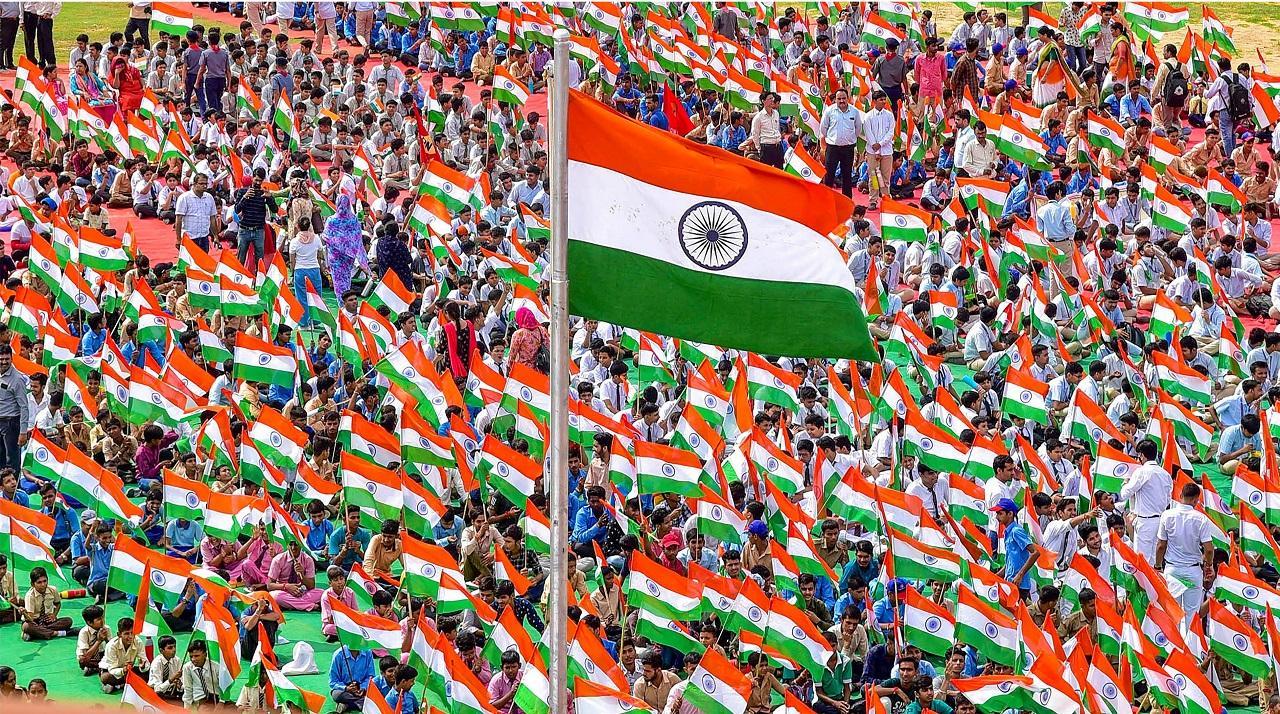 
The 'Har Ghar Tiranga' campaign under the aegis of Azadi Ka Amrit Mahotsav to encourage people to bring the Tiranga home and to hoist it to mark the 75th year of India's independence kicked off today.

The campaign initiated as part of 'Azadi ka Amrit Mahotsav' will run till August 15.

The Central government has urged people to hoist or display the tricolour in their homes from August 13 to 15 to celebrate the 75th anniversary of India's independence.

Azadi Ka Amrit Mahotsav is an initiative of the Government of India to celebrate and commemorate 75 years of independence and the glorious history of India's people, culture and achievements.

The Flag Code of India:

The government has amended the Flag Code of India to allow the tricolour to be displayed in the open and on individual houses or buildings day and night.

In a letter to secretaries of all central ministries and departments, union home secretary Ajay Bhalla said the display, hoisting and use of the Indian national flag is governed by the Flag Code of India, 2002 and the Prevention of Insults to National Honour Act, 1971.

Similarly, paragraph 1.2 of Part-I of the Flag Code of India, 2002 shall now be read as under: 1.2. "The National Flag shall be made of hand spun and hand woven or machine made, cotton/ polyester/ wool/ silk khadi bunting."

Which material can be used in making the flag?

The Flag Code of India has been amended allowing the use of polyester, apart from cotton, wool, silk and khadi for making hand-spun, hand-woven and machine-made flags.

Who is allowed to fly a national flag?

According to the Flag Code of India, any person, organisation, private or public, or educational institution (including scout camps) can hoist or display the Tricolour on “all days or occasions in accordance with the dignity and honour of the National Flag”.

Till what time the national flag be flown?

The government has changed the country's flag code by allowing the tricolour to fly both day and night.

How should you choose a flag?

The flag can be as big or small as one wants “but the ratio of the length to the height (width) of the National Flag shall be 3:2”.

Can it be put up on vehicles?

The National Flag cannot be flown on any vehicle except those of the President, Vice President, Prime Minister, Governor and other dignitaries. The flag should also not be used to cover the sides, back, and top of any vehicle.