An advisory was issued by the Assam Police, asking people to avoid travelling to the neighbouring state following the incident on Tuesday 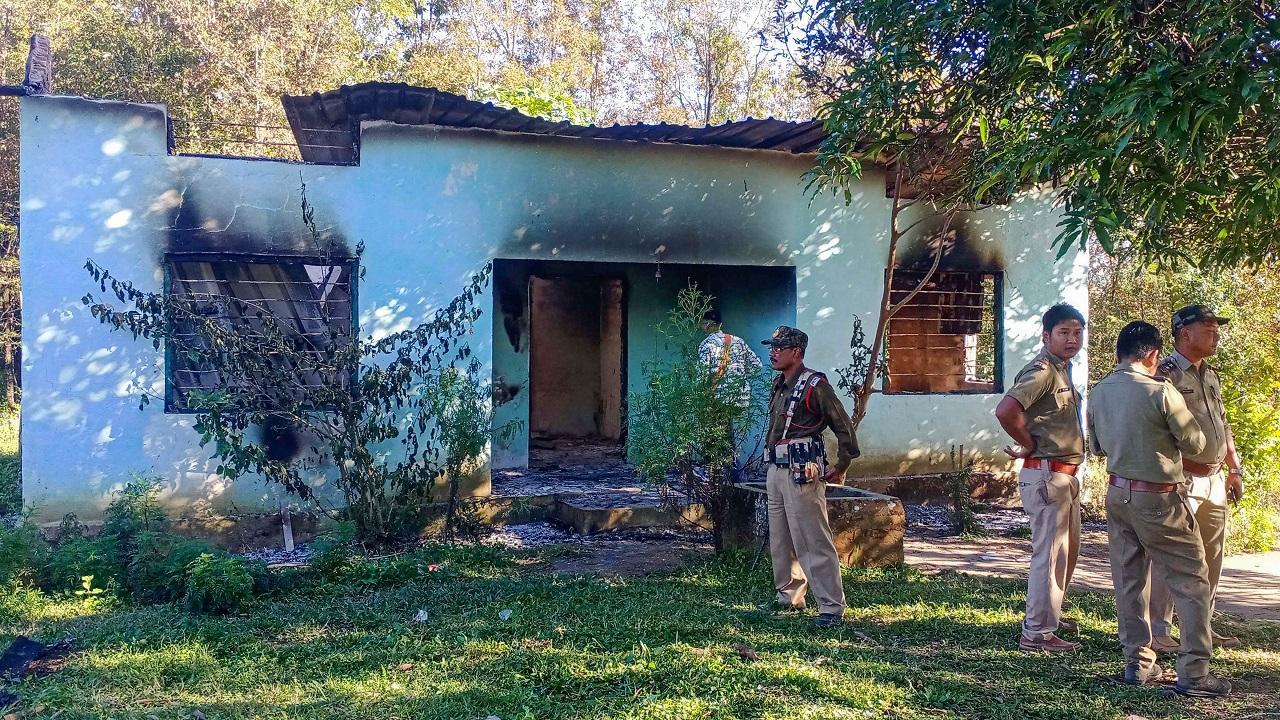 Security personnel stand guard near a forest office, a day after it was vandalised and burnt down by miscreants following violence at a disputed Assam-Meghalaya border. Pic/PTI


Heavy security was deployed and prohibitory orders remained in force at the disputed area along the Assam-Meghalaya border, where six people were killed following violent clashes, even as travel restrictions between the two states continued for the sixth consecutive day on Sunday, officials said.

An advisory was issued by the Assam Police, asking people to avoid travelling to the neighbouring state following the incident on Tuesday.

"The situation is still not completely peaceful in Meghalaya. There could be attacks on people or vehicles from Assam. Hence, we are asking people not to travel to that state," a police officer said.

"If at all someone has to travel, we have asked them to go by Meghalaya-registered vehicles," he said.

Police barricades remained erected at Jorabat in Guwahati and Cachar district, the two main entry points from Assam into Meghalaya.

No restrictions, however, were imposed on commercial vehicles like trucks, carrying goods and other items, the officer said.

Restrictions under Section 144 of the CrPC continued at the clash site and surrounding areas.

Violence had broken out at Mukroh village near the disputed border between the two states in West Karbi Anglong district in the early hours of Tuesday, after a truck allegedly laden with illegally felled timber was intercepted by forest guards from Assam.

On Saturday, members of various social organisations in Meghalaya burnt effigies of Union Home Minister Amit Shah and Chief Minister Conrad K Sangma among others, in protest against the border violence.

Hynniewtrep Indigenous Territorial Organisation, another social entity, also observed 'Red Flag Day' on the premises of the U Soso Tham Auditorium in Shillong.