After the Karnataka-Maharashtra border dispute escalated, many untoward incidents took place in Belagavi on Tuesday 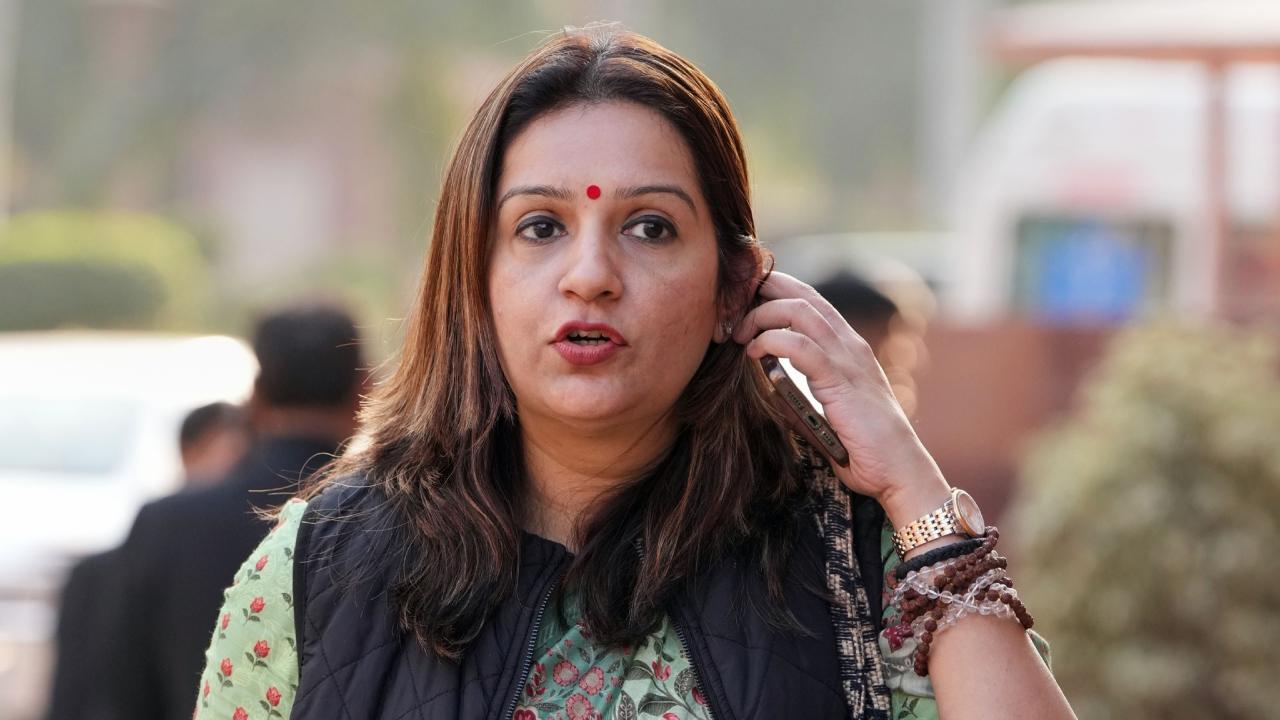 Speaking to ANI, Chaturvedi said, "The issues we discussed were with regards to Maharashtra and how a situation has been created at the borders with provocative statements coming from Karnataka Chief Minister (Basavaraj Bommai) and how Shah's intervention in the matter is necessary.

"Due to the problem manufactured we saw our buses being damaged and our people not being allowed to enter their territory. So this kind of atmosphere will further lead to violence and break down of law and order."

Lashing out at Bommai, Chaturvedi said, "We have asked him (Amit Shah) to ensure peace and urged him to control the Chief Minister Bommai's outbursts and also ensure that there is no law and order issue in Karnataka as well as in Maharashtra."

"We want him (Amit Shah) to find a faster resolution to this entire issue and he has promised that he will look into the matter urgently," she added.

A meeting was held between Shah and a delegation of MPs of Opposition Maha Vikas Aghadi (MVA) parties (comprising the Uddhav Thackeray-led Shiv Sena, the NCP and the Congress) over the Karnataka-Maharashtra border issue.

After the Karnataka-Maharashtra border dispute escalated, many untoward incidents took place in Belagavi on Tuesday.

On Tuesday, Bommai appealed to his Maharashtra counterpart Eknath Shinde to fight the border dispute issue legally as it is in court now. Bommai also raised concerns over the visit of the two ministers to Belagavi.

Also Read: Villages from Maharashtra may be merged into Karnataka: Uddhav Thackeray

Belagavi is currently part of Karnataka but is claimed by Maharashtra. As per media reports, the long-running Karnataka-Maharashtra border dispute started back in 1953, after the Maharashtra government objected to the inclusion of 865 villages including Belagavi.

The villages are spread across Belagavi and the north-western and north-eastern regions of Karnataka - all bordering Maharashtra.

After the implementation of the State Reorganization Act, of 1956, the Maharashtra government demanded the readjustment of its border with Karnataka. Following this, a four-member committee was formed by both states.

Maharashtra government had expressed willingness to transfer Kannada-speaking 260 villages predominantly, but it was turned down by Karnataka.

Now, both Karnataka and Maharashtra governments have approached the Supreme Court to expedite the matter still pending.