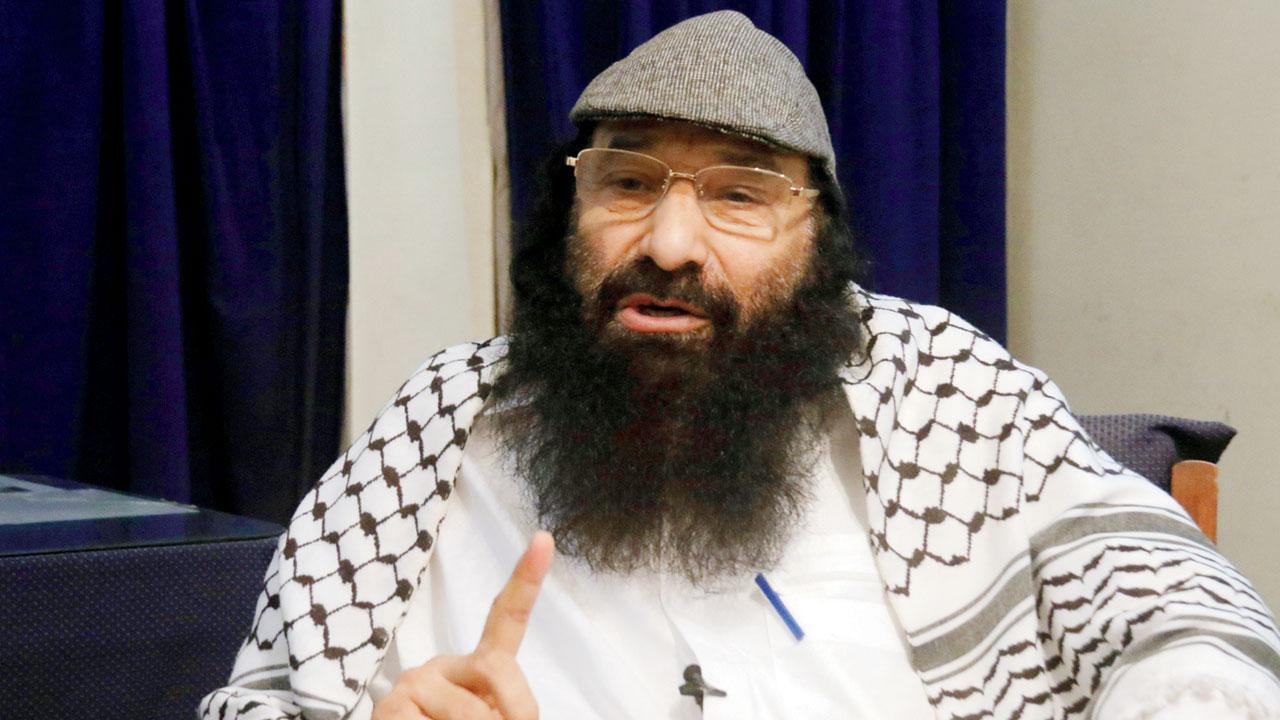 Syed Salahuddin is the chief of banned terror group Hizbul Mujahideen. His son is among the four people sacked. Pic/Getty Images


The Jammu and Kashmir government on Saturday sacked four employees including son of Syed Salahuddin, the self-styled chief of banned terror group Hizbul Mujahideen, and the wife of jailed terrorist Bitta Karate. All four have been dismissed for allegedly having links with forces working against India and spreading malicious propaganda, officials said. The terminations come under Article 311 of the Constitution which enables the government to sack its employees without any inquiry.

Syed Abdul Mueed, son of Salahuddin (Syed Mohd Yusuf)  who was a Manager (Information and Technology) at the Commerce and Industries Department, is among the dismissed employees. He is the third son of the Hizbul chief to have been sacked from a government job. Syed Ahmed Shakeel and Shahid Yusuf were dismissed from service last year. According to the officials, Mueed was allegedly involved in three terror attacks.

Assabah-ul-Arjamand Khan, wife of Farooq Ahmed Dar alias Bitta Karate and a 2011-batch Jammu and Kashmir Administrative Service officer (JKAS), has been accused of providing false information for seeking a passport. She is alleged to “have links with foreign people who have been indexed by the Indian security and intelligence to be on the payrolls of the ISI”. Her husband Bitta Karate has been lodged in Tihar jail since 2017 in a case related to terror-funding. He was also involved in the killings of several members of the minority community in the early 1990s.

Also sacked from the government is Dr Muheet Ahmad Bhat, posted as a scientist in the Post Graduate Department of Computer Science in Kashmir university. He is alleged to have been found involved in propagating secessionist-terrorist agenda in the university by radicalising students for advancing the programme and agenda of Pakistan and its proxies.

Majid Hussain Qadri, a senior Assistant Professor in Kashmir University, is alleged to have a long association with terror organisations including the banned Lashker-e-Taiba. He had earlier been booked under the stringent Public Safety Act. Around 40 employees have been dismissed so far from the government services in J&K. The sacked employees can only approach the High Court with their plea against their dismissal.