Justice delivery system should be accessible to everyone: CJI D Y Chandrachud

The CJI further stated that the jurisprudence that has emanated from our courts in India has influenced decisions in South Africa, Kenya, Australia, Jamaica, Uganda, Bangladesh, Singapore, Fiji and others 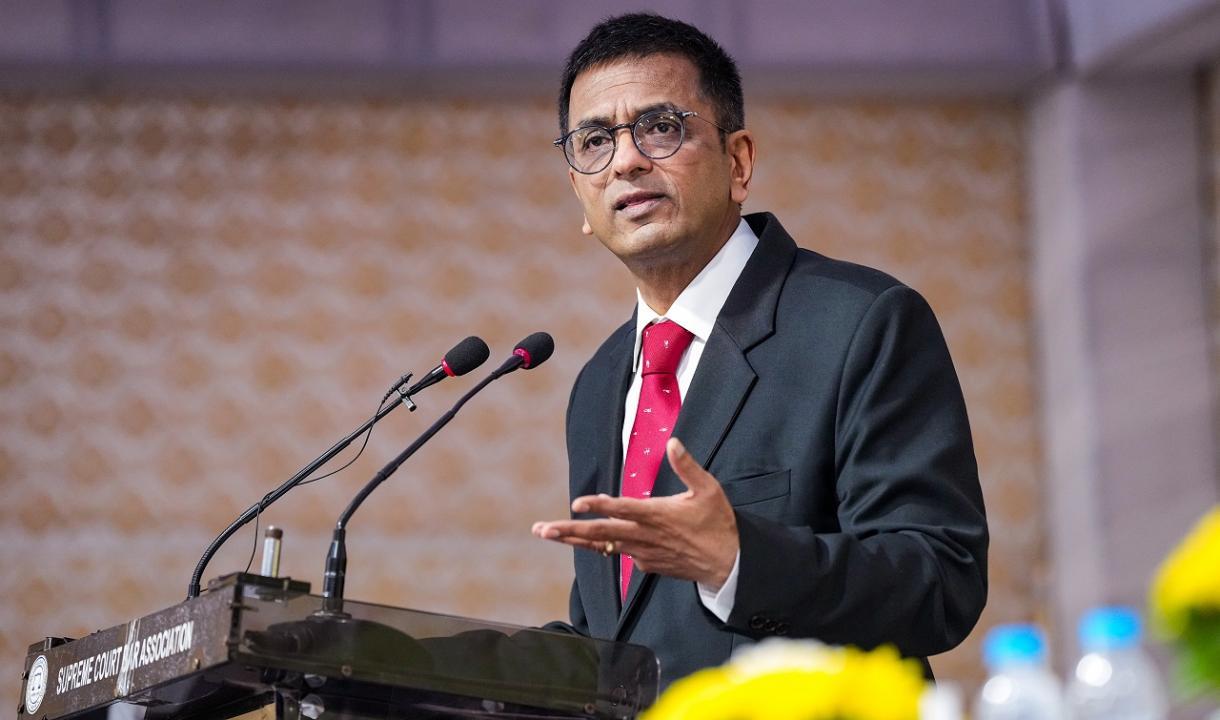 
Chief Justice of India Dhananjaya Y. Chandrachud said on Saturday that we have to make sure the justice delivery system is accessible to everyone, adding that the jurisprudence that has emanated from our courts in India has influenced decisions in several countries including South Africa, Australia and Singapore.

Addressing a function held in Supreme Court to celebrate Constitution Day today, the CJI said "We have to make sure the justice delivery system is accessible to everyone. Indian judiciary is adopting methods to do the same. we have been adopting technology to do the same."

Justice Chandrachud further stated "Though the Supreme Court is located at Tilak Marg. It is the supreme court for all of the nation and now virtual access has made it possible for lawyers to argue cases from their own places. As a CJI I am looking to adopt technology in the listing of cases."

Also Read: Will take care of citizens in every aspect: CJI DY Chandrachud

The mobile app for district judiciary is a real-time dashboard for all district-level courts across India and has data of the cases instituted, cases disposed and pendency of cases on day, week and monthly basis at the court level and digital courts is a green initiative of the judiciary, he added.

The CJI further stated "District judiciary has to be uplifted from the mindset of the subordinate judiciary. Today the PM is here to launch the Virtual Justice Clock, JustIS mobile App 2.0, Digital Court and S3WaaS Websites. Virtual Justice Clock makes NJDG data accessible to the public."

The CJI further stated that the jurisprudence that has emanated from our courts in India has influenced decisions in South Africa, Kenya, Australia, Jamaica, Uganda, Bangladesh, Singapore, Fiji and others.

Justice Chandrachud further pointed out that though technology-aided judiciary worked during the pandemic, it must be augmented with institutional reform to resolve chief issues of access to justice. District judiciary is first point of contact for access to justice and thus it has to be uplifted and strengthened.

The CJI said, "I appeal to young minds to dedicate themselves to the social realities of India, change often happens through small acts of kindness."

Justice Chandrachud said that access to justice must be defined to uphold the faith and perception which general public holds in the legal system. "I can assure everyone that initiatives launched today are so that disadvantaged do not stumble while accessing justice", he added.

The CJI further stated that digital courts are aimed towards making the courts paperless, secure scalable and Sugamya website (SCWaas) makes the district court data accessible even by the visually disabled by assistive technology.

Attorney General of India R. Venkataramani on this occasion said "The day when jails are empty of youth and are soul transformative and courts are comfort places, that is the day legal fraternity should look forward to."