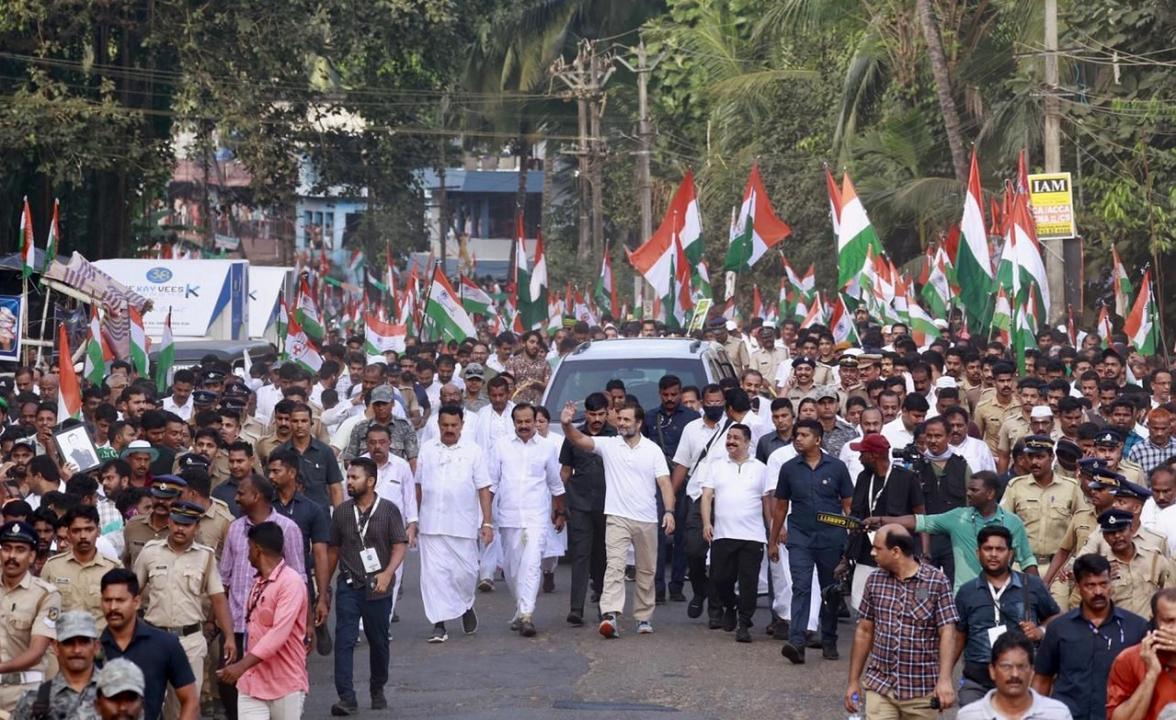 Rahul Gandhi with other Congress leaders during the Bharat Jodo Yatra in Malappuram. Pic/PTI


The Kerala High Court on Tuesday dismissed a Public Interest Litigation (PIL) which sought a direction to the state government and the police to ensure the Congress party's ongoing 'Bharat Jodo Yatra' does not create traffic jams by taking over the entire road.

A bench of Chief Justice S Manikumar and Justice Shaji P Chaly rejected the PIL after the Kerala government said the foot march was going on peacefully and action had been taken where any illegal activity was found.

In view of the state's submissions, the court said that the petitioner, an advocate, was unable to prove his allegation that the march was causing traffic jams.

The state also told the bench that police instructed the yatra organisers to ensure it is conducted peacefully.

The plea, by advocate Vijayan K, had sought to ensure that the yatra, led by Congress leader and Wayanad MP Rahul Gandhi, only takes up half of the road and leaves the rest for free flow of vehicles.

Besides regulating the march, which began from Kanyakumari in Tamil Nadu on September 7 and intends to cover 3,570 km in 150 days to reach Kashmir, the PIL had also sought directions to recover from the Congress the expenses incurred in the deployment of the huge police force along the yatra route.

It had also arrayed as parties the Congress, Rahul Gandhi, KPCC president K Sudhakaran and Leader of Opposition in the State Assembly V D Satheesan.

It had alleged the three Congress leaders "are having no respect to the law enacted by the central and state governments and the law laid down by the court".