Kharge resigns as Leader of Opposition in RS; Digvijaya, Chidambaram in race to replace him

Kharge's resignation, which the 80-year-old leader sent to Congress president Sonia Gandhi, is in line with the party's declared 'One person, One post' principle that was announced at the Udaipur 'Chintan Shivir' in May 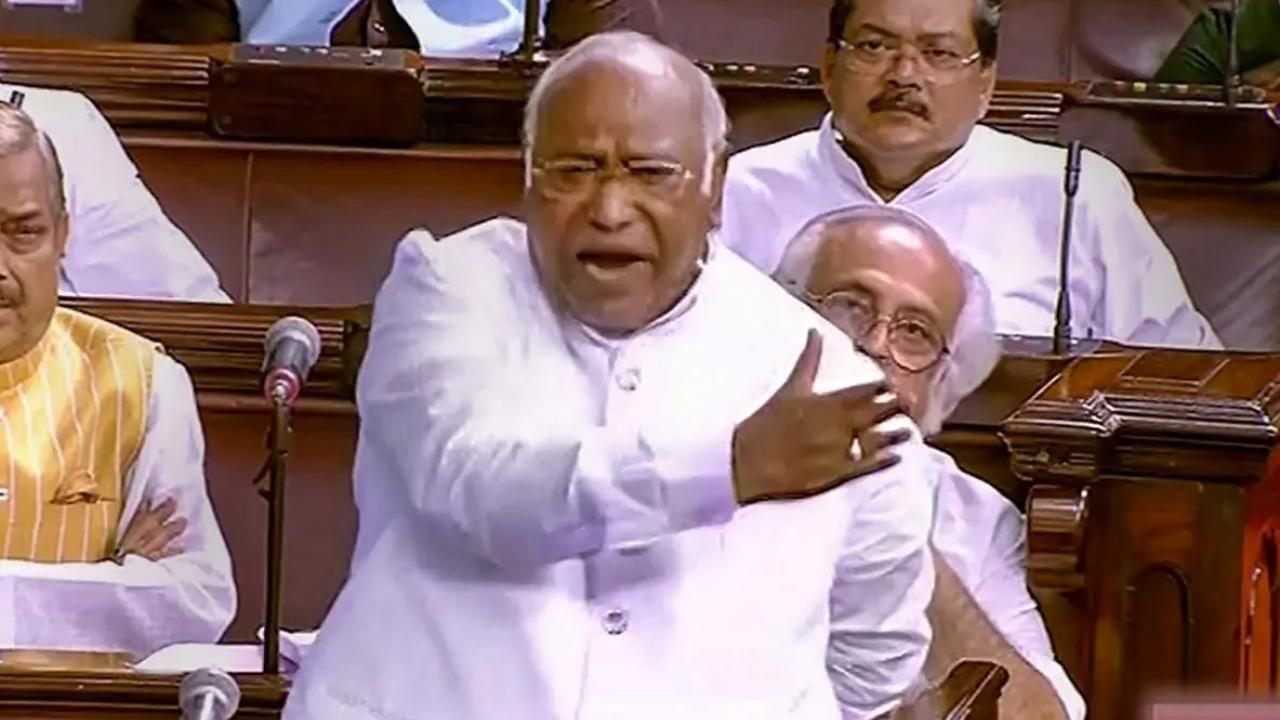 
Senior Congress leader Mallikarjun Kharge has resigned as the Leader of Opposition in Rajya Sabha, sources said on Saturday, a day after he filed his nomination papers for the AICC president's election.

Kharge's resignation, which the 80-year-old leader sent to Congress president Sonia Gandhi, is in line with the party's declared 'One person, One post' principle that was announced at the Udaipur 'Chintan Shivir' in May.

The resignation letter was sent by Kharge last night, the sources said.

Senior leaders P Chidambaram and Digvijaya Singh are learnt to be the front-runners to take on the mantle of Leader of Opposition in Rajya Sabha.

The stage was set on Friday for a contest between Kharge and Shashi Tharoor for the Congress president's post. Kharge, a Dalit leader from Karnataka has emerged as the clear favourite.

The third candidate in the fray, K N Tripathi, a former Jharkhand minister, is considered a lightweight for the contest.

Kharge, Tharoor and Tripathi filed nominations on the last day of the process which saw the AICC headquarters come back to life after a long time, with workers swarming the complex.

Next Story : UP: Police slap notice on 60 anti-CAA protesters, seek Rs 57 lakh in damages in Bijnor