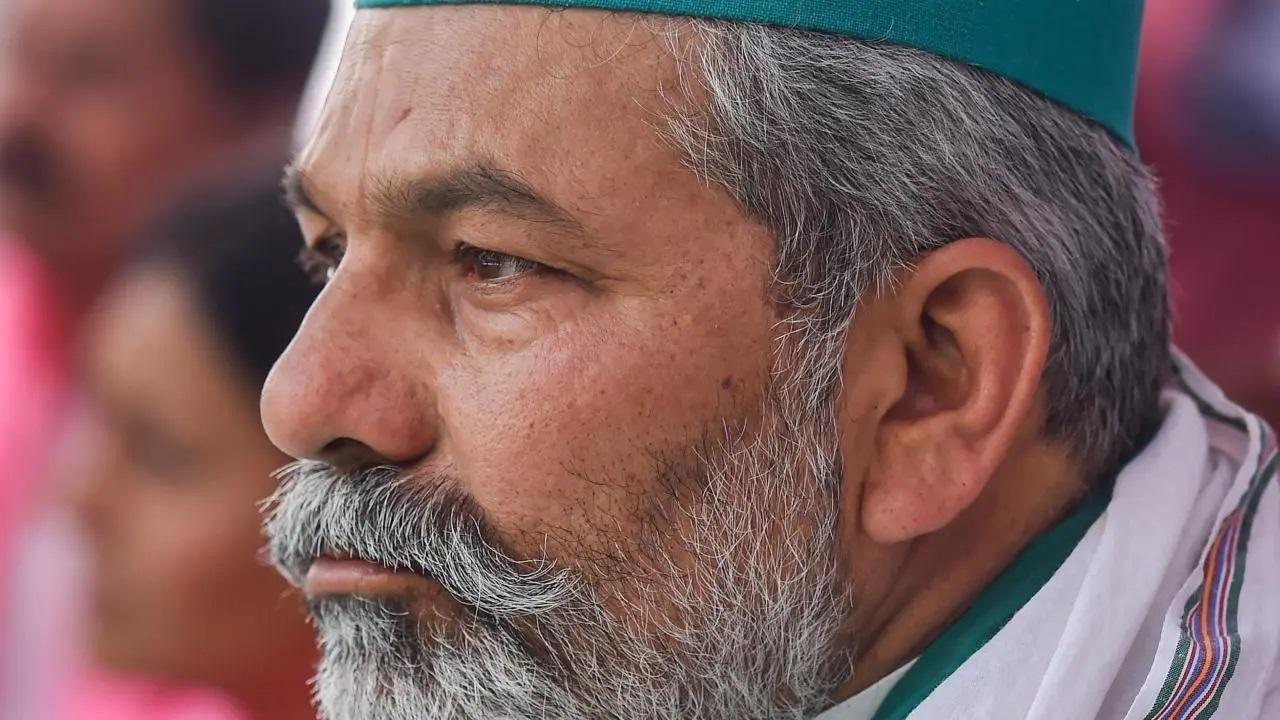 
The families of those who died in the Lakhimpur Kheri violence are yet to get justice, BKU leader Rakesh Tikait said, announcing that farmers will assemble across the country on Monday to mark the incident's first anniversary.

Speaking to reporters on Sunday evening, the Bharatiya Kisan Union (BKU) national spokesperson said the nation will never forget the violence that took place in Tikunia village on this day last year and claimed eight lives.

Tikait will take part in religious programmes at the Kaudiyala Ghat gurdwara in Tikunia on Monday to mark the first anniversary of the violence.

Farmers were staging a protest in Tikunia village on October 3 last year against a visit of Deputy Chief Minister Keshav Prasad Maurya when four of them were crushed under the wheels of a convoy of cars. In the subsequent violence, four others including two BJP workers and a journalist were killed.

"The families of the victims are yet to get justice," Tikait said.

It was a week of peace. The violence that broke out claimed the lives of eight people. It was unfortunate, he said.

"Farmers of the country will never forget the incident. They will assemble across the nation to mark its first anniversary on October 3," he added.

The BKU leader blamed the state government for the delay in justice.

"The ruling dispensation neither believes in the legal system nor the Constitution and misused its power," he alleged.

Asked about the future course of action, Tikait said, "People can only raise their voices and the rest is up to the government."

Referring to the Samyukta Kisan Morcha's (SKM) three-day protest here in August over the delay in delivery of justice in the Lakhimpur Kheri violence case, he said over 50,000 farmers came together and put forth their demands. They were assured that the Uttar Pradesh chief minister or concerned officials will talk to them but nothing materialised.

"In fact, even the authorities are helpless as the whole system is run from Delhi, which dictates Lucknow," he claimed.

On his way to the Kaudiyala Ghat gurdwara, Tikait will stop over at the residence of two Dalit sisters whose bodies were found hanging from a tree on September 14 after they were allegedly gang-raped and murdered last month in the Nighasan area.

Next Story : All in Congress wish to take on BJP, not each other: Shashi Tharoor