In the national capital Delhi, it will now cost Rs 1,053 per unit 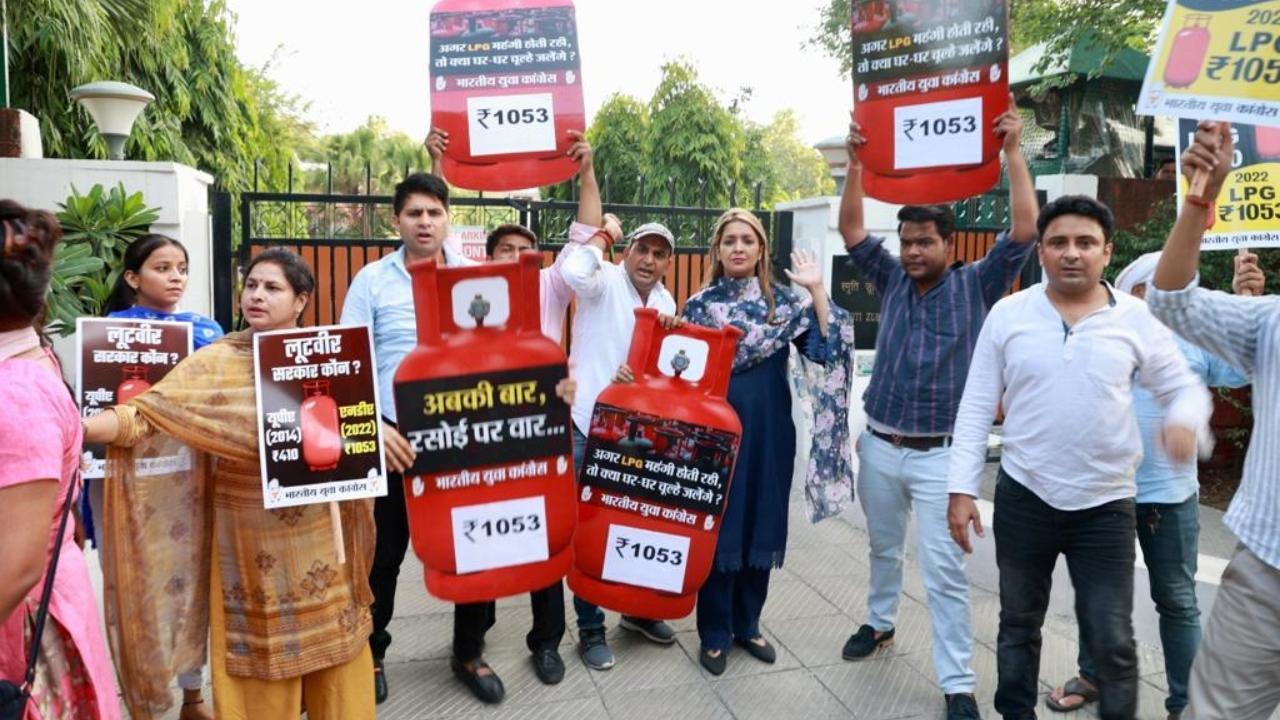 
Cost of domestic liquid petroleum gas cylinders weighing 14.2 kilogram will get dearer as their prices have been raised by Rs 50 per unit. Following the price hike, Indian Youth Congress members on Wednesday took to the streets in Delhi. 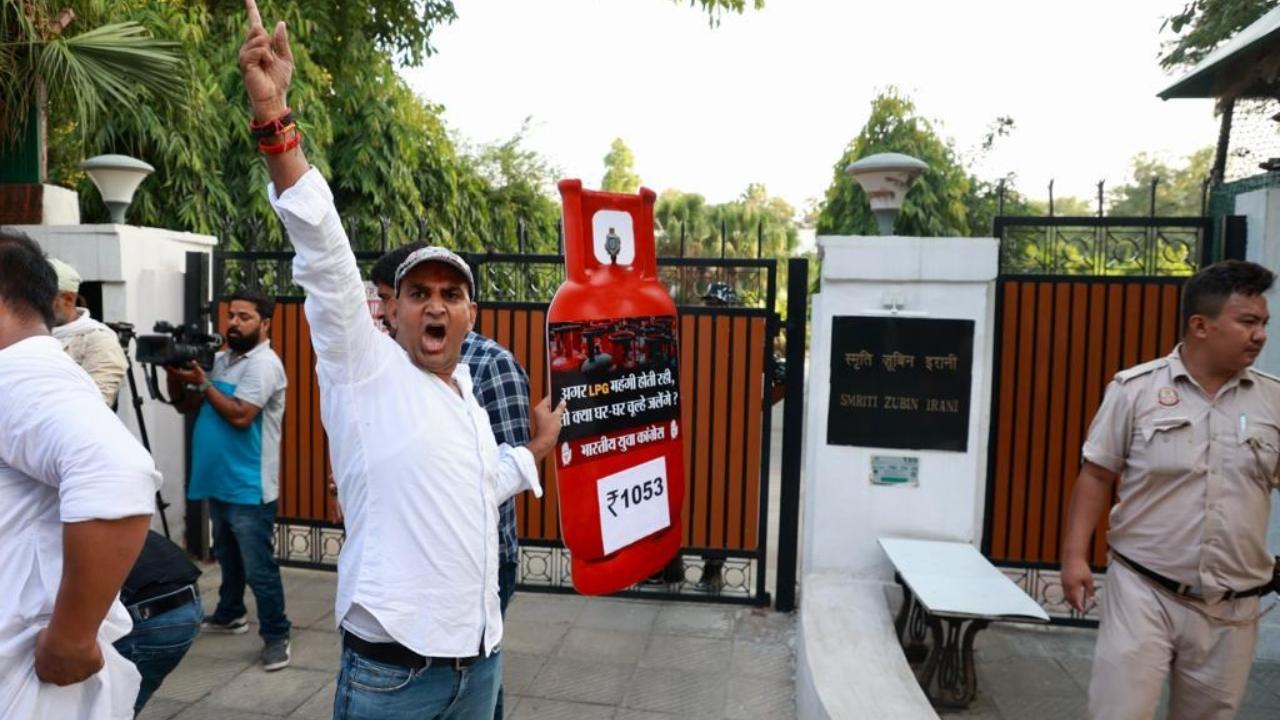 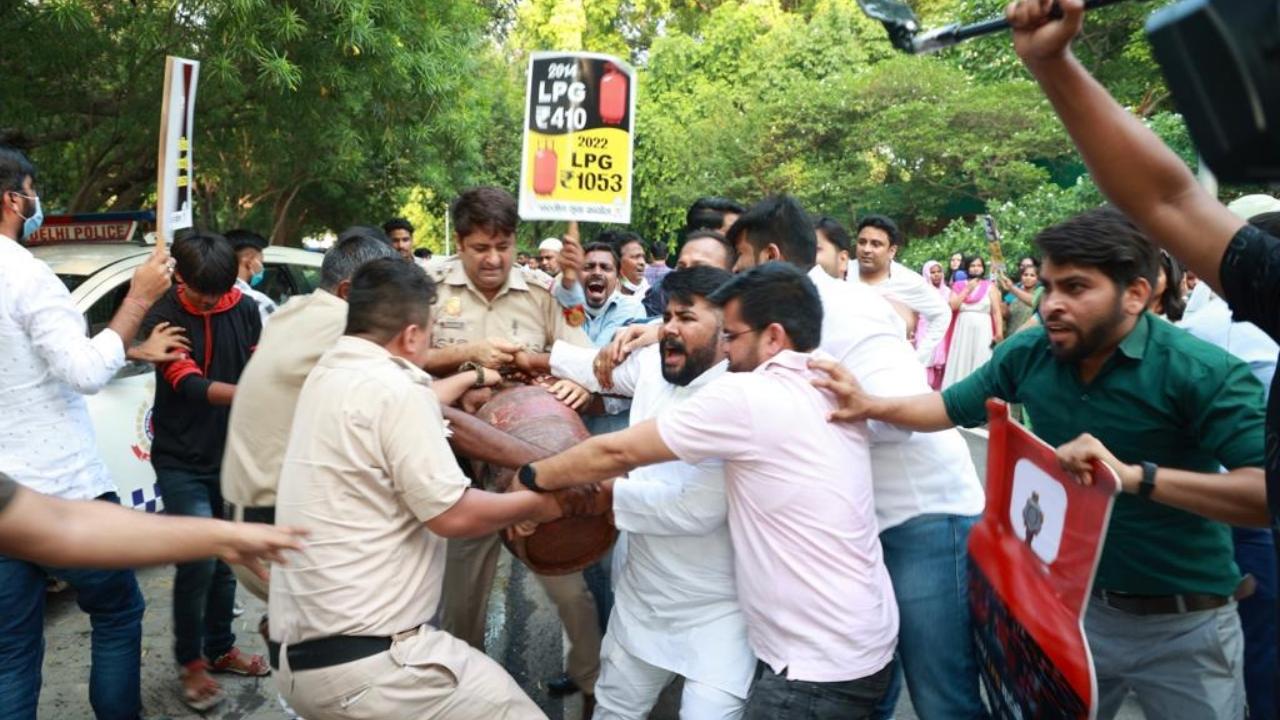 The police reached the spot to disperse the Indian Youth Congress members who were protesting outside the minister's residence. Pic/IYC Twitter 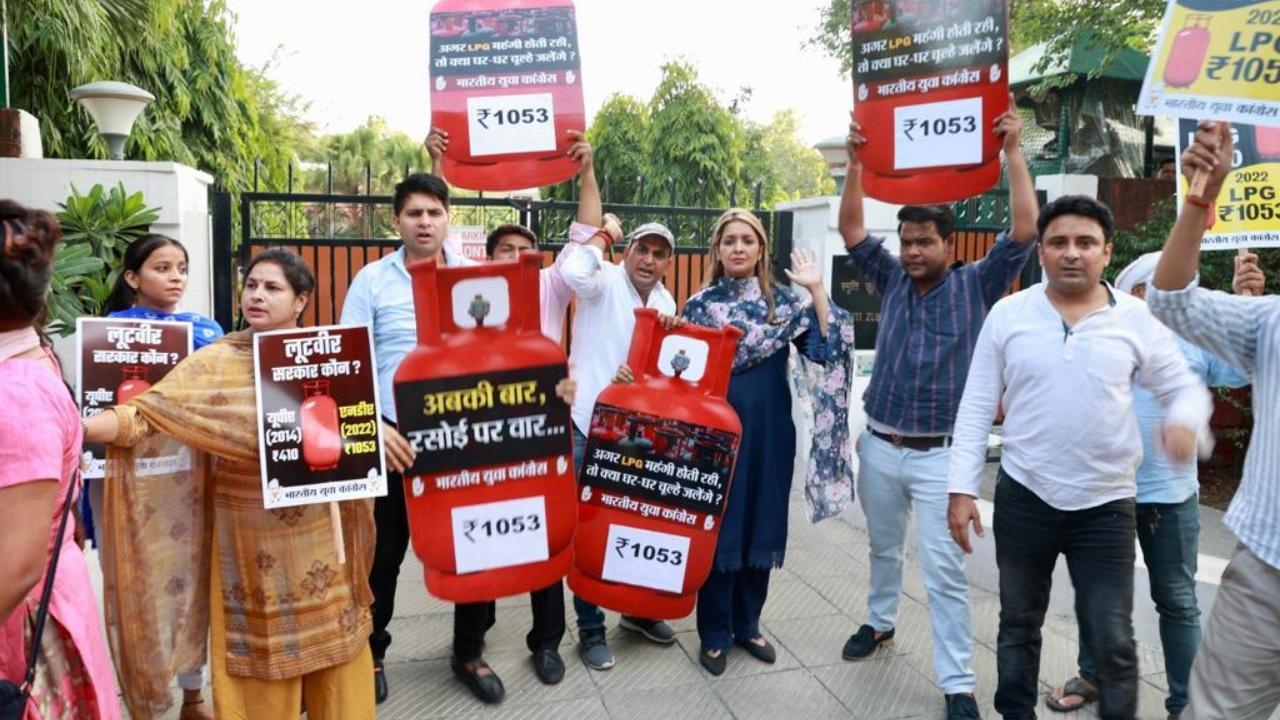 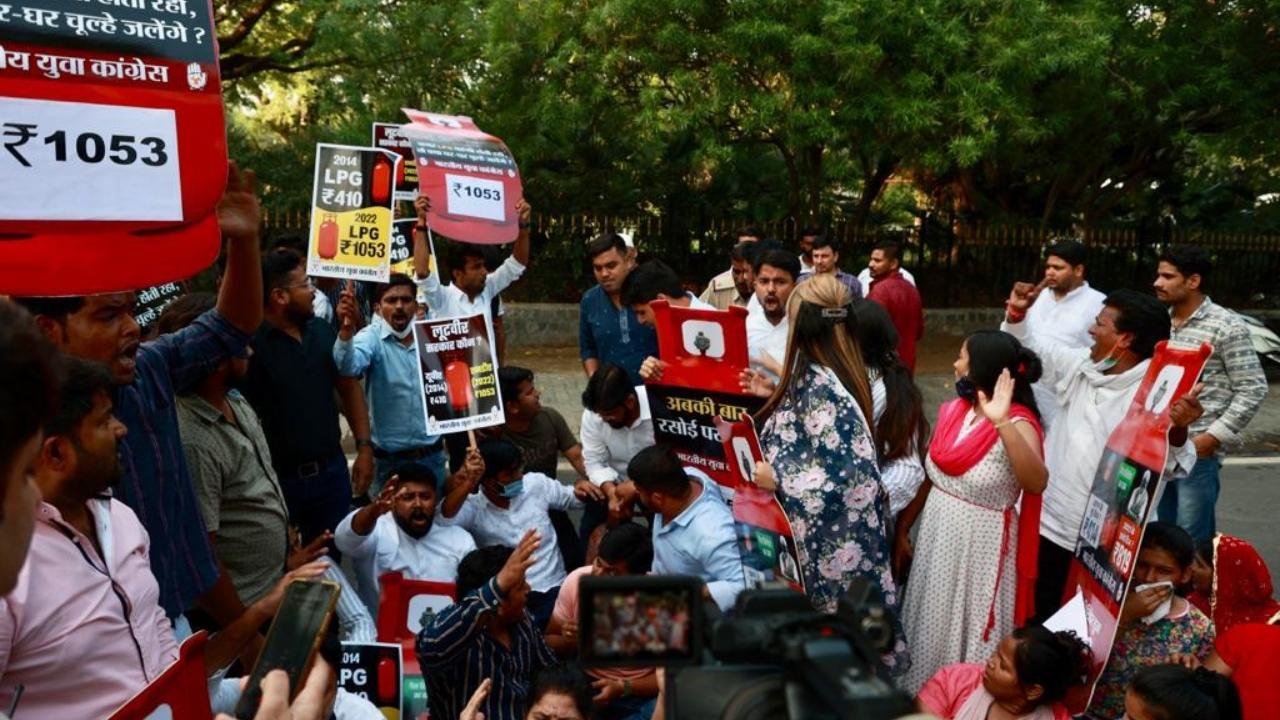 Previously, the prices for domestic cylinders were revised on May 19, 2022. Pic/@IYC. Twitter 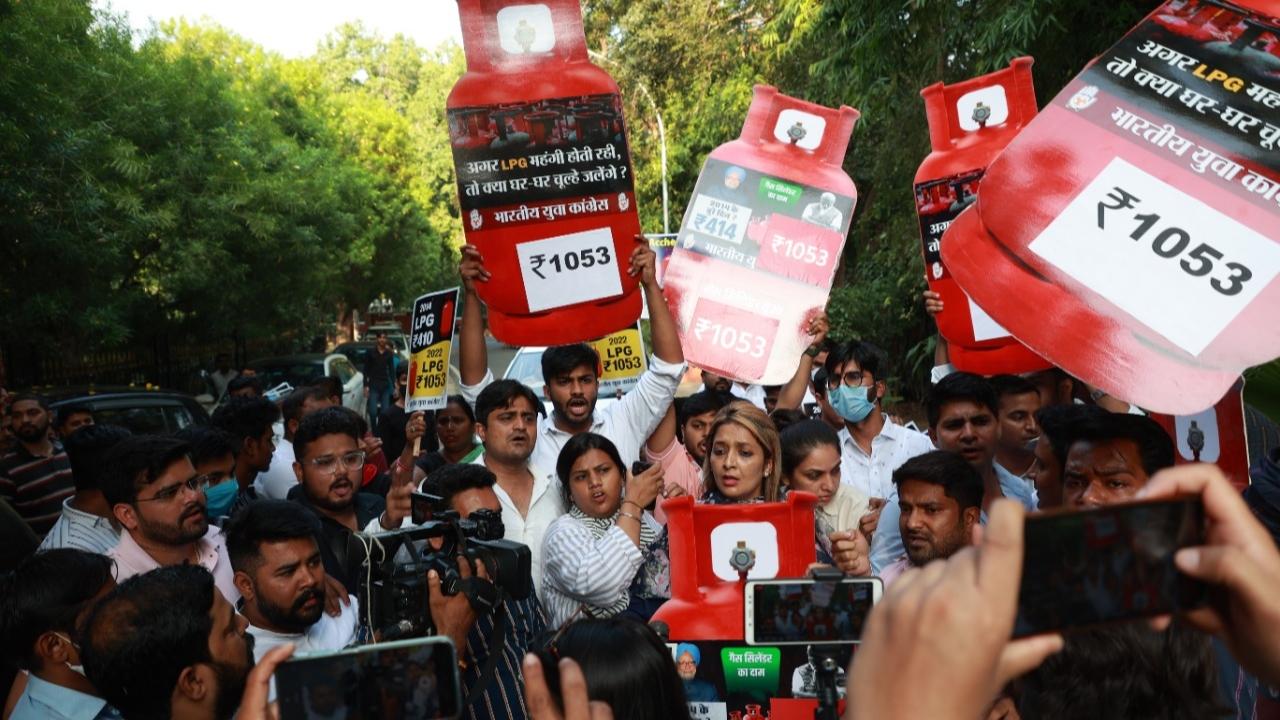 Next Story : Cloudburst in Himachal Pradesh, four feared washed away