Maharashtra: Heavy rains in Sindhudurg, other parts of south Konkan

The state's coastal districts, mainly Sindhudurg and parts of Ratnagiri, received more than 200 mm rainfall in the 24-hour period ending at 8.30 am on Monday, as per the IMD data 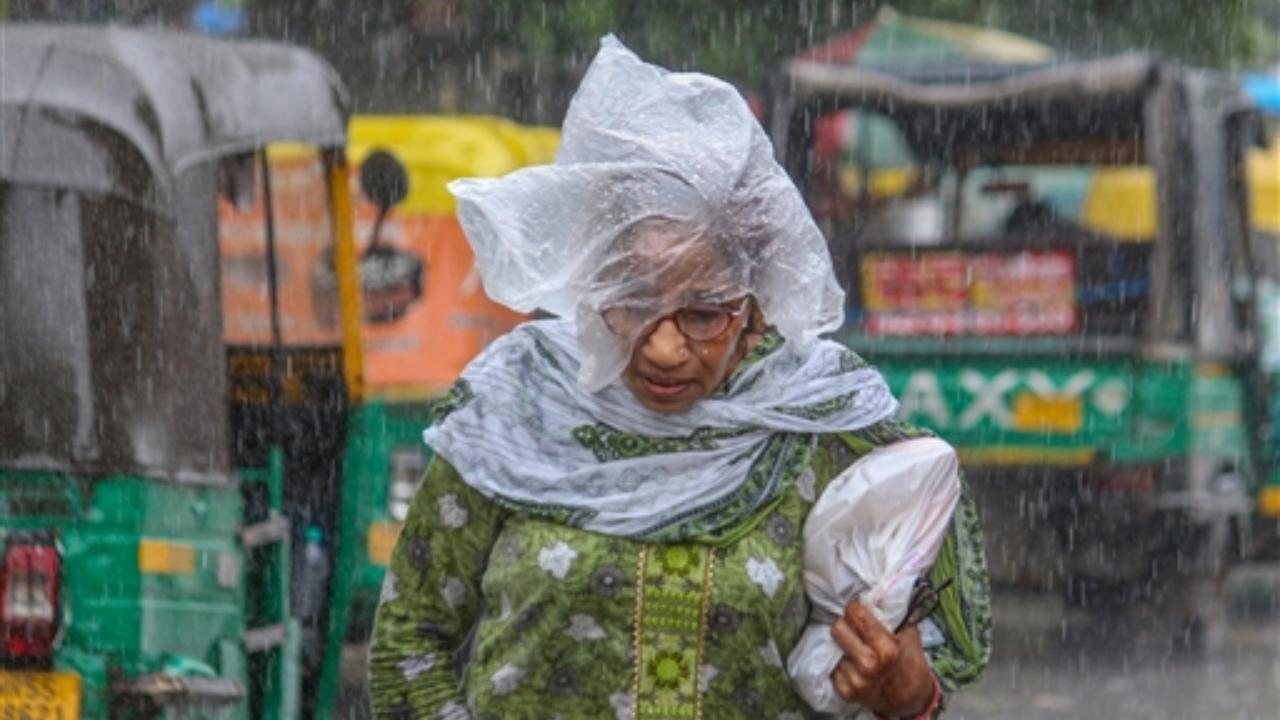 A woman with her head covered by a plastic sheet walks during heavy monsoon rains. Pic/PTI


The southwest monsoon has become active over Maharashtra again after a gap of two weeks, this time bringing extremely heavy showers to south Konkan region, the India Meteorological Department said on Monday.

The state's coastal districts, mainly Sindhudurg and parts of Ratnagiri, received more than 200 mm rainfall in the 24-hour period ending at 8.30 am on Monday, as per the IMD data.

Many villages and hamlets in Sindhudurg and Ratnagiri have become inaccessible because of the connecting roads getting inundated, according to locals.

A number rivers in the two districts have swollen and the waters have entered agricultural fields and also affected houses, they said.

"Some tehsils in Sindhudurg district received more than 250 mm rainfall in the last 24 hours, including Lanja where 290 mm precipitation was recorded, the highest in the state," a MeT official said.

Compared to this, central Maharashtra, Marathwada and Vidarbha regions received moderate rainfall over the last 24 hours, she said.

In the second and third weeks of July, Marathwada and Vidarbha had witnessed heavy rains, which claimed many lives and damaged crops.