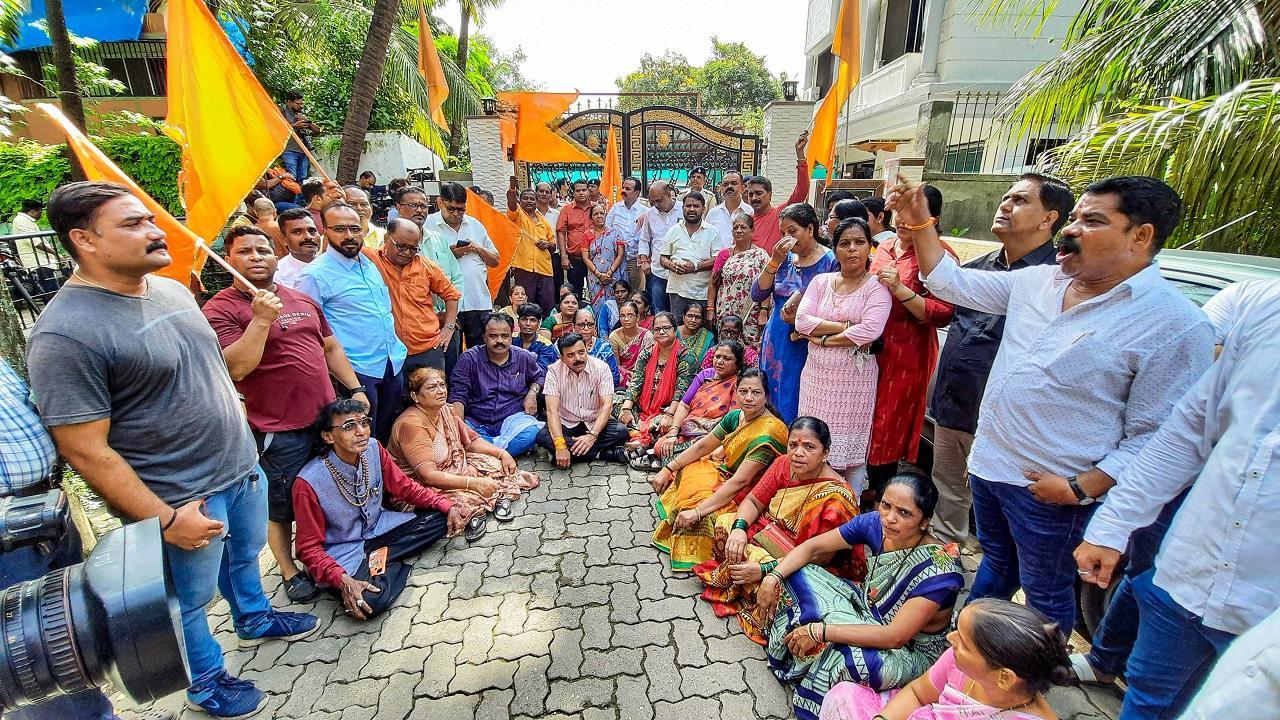 Sena workers raised slogans and activists from the party's women's wing attempted to stage a rasta roko in Shalimar Chowk area of the city.

"Efforts are on to suppress the voice of the Shiv Sena through Central agencies such as the ED," said Vijay Karanjkar, the chief of the party's district unit.

The ED has arrested Raut in a money laundering case linked to alleged irregularities in the redevelopment of a 'chawl' after conducting a nine-hour search at his residence in Mumbai, during which Rs 11.5 lakh cash was seized.

"A conspiracy has been hatched against Raut using the ED, and the BJP is behind all this. The Sena will not back down irrespective of the calamities that come its way and the party will support Raut," the Sena's city unit chief Sudhakar Badgujar said.

Local leaders, office-bearers and activists participated in the agitation held amid police bandobast.

A similar agitation was organised in Ekatmata Chowk area of Manmad town in the district.