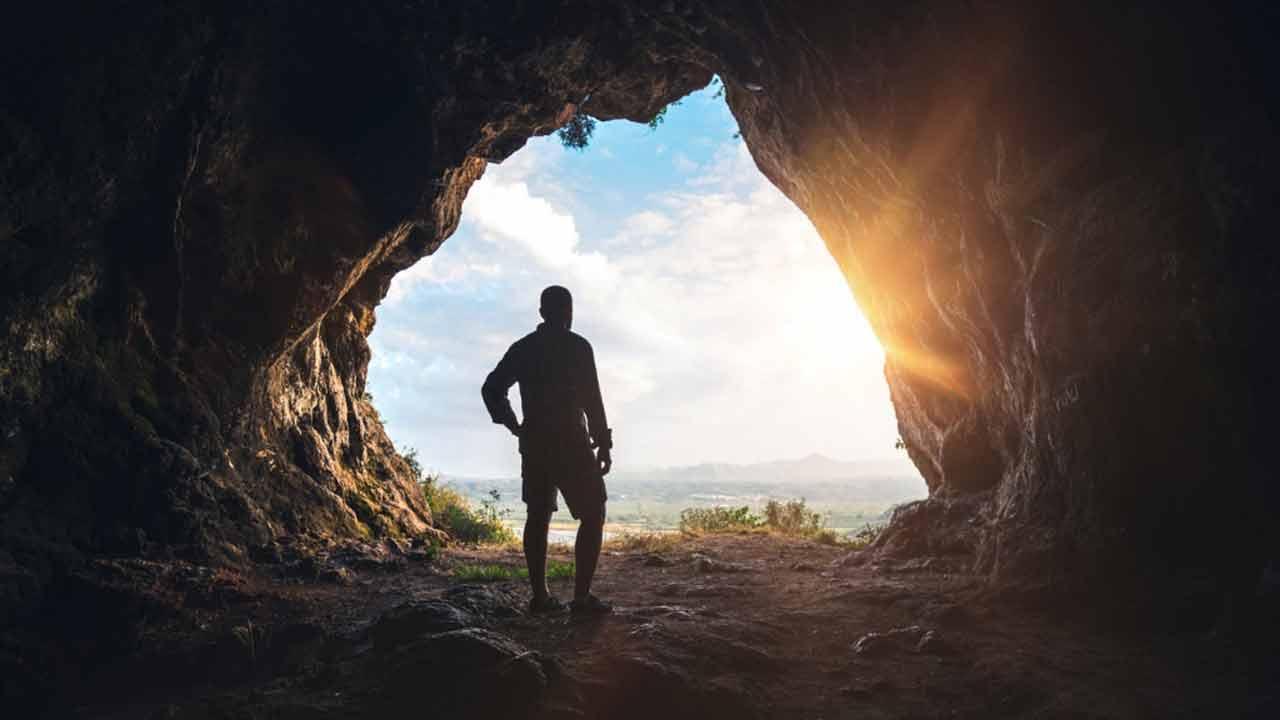 
A casual Sunday outing in the forests near the Maharashtra-Madhya Pradesh border by an archaeologist resulted in a major discovery - a 2,000-plus year old mystery cave dating back to the Satavahana dynasty era. The cave is hidden and obviously in a secret location, 9 km from the nearest human habitat -- Chaugav village in Jalgaon district, said proud discoverer Bhujang R. Bobade, also a history scholar.

"We had actually gone to visit the ruins of the fort built there by Gavli kings, deep in the forested hills. Outside the main entrance of the fort, on the left side, there is a large cave with 2 entry points leading to different directions. This is where we made the new discovery," Bobade told IANS. The entry to the large cave is through a water tank measuring 8 by 2 feet, after which there are rock cut pillars, said Bobade, 38, the Director of Archives & Museum Department at the Deccan Archaelogical and Cultural Research Institute, Hyderabad.

Since the entry is very narrow and low, he said one can approach only in a kneeling position from the fresh water, at least two feet high level, in the tank. The path opens up into a massive cave measuring 30 by 30 feet, which is also filled with water round the year, fed from four other bigger water tanks above, serving as a watering hole for the wild animals.

"This cave is barren. There are no symbols, carvings or statues of any gods or goddesses. It is filled with murky water, with a slippery floor and the possibility of several dangerous reptiles lurking beneath," Bobade revealed. The picnickers included his 8-year old son Atharva, and friends Dr Gopal Patil, Vishram Tele and Ashok Patil, who were on the threshold of making a huge discovery post-lunch on March 14.

Exploring outside, they climbed up another 15-20 feet and stumbled across another small, dry and barren cave, measuring around 120 square feet, above the large, water-filled cave below. "This was a pleasant surprise for us all. My friends occasionally visit the fort and some have gone upto the large wet cave... But nobody has ever seen or heard about the smaller cave barely two floors above, hidden in the thick greenery," said Bobade.

They clicked pictures, and selfies from all angles and returned home excitedly to narrate their potentially big discovery. "I sent the pictures for identification to an expert, Dr. E. Sivanagi Reddy, the former Assistant Director of Archaeology, Andhra Pradesh. He immediately identified these as belonging to the Satavahana era, and carved out around 2,000-2,200 years ago," Bobade said, on his crowning achievement after having explored more than 850 caves or cave complexes around the country.

Explaining the unique aspects, he said that these caves are approachable only through a watery route, which is unseen anywhere in India, and are carved out on an erstwhile ancient trade route going from Maharashtra via MP to the north. "It is possible that the wealthy traders of those times may have lived there for days or months for business purposes and could have used these secret caves for depositing their valuable goods or money," Bobade speculates.

Another probability is these caves, invisible due to the water and greenery, might have served as some kind of a 'safe house' for the royal families during wars or calamities. "All these and other aspects need to be examined in great detail by proper expeditions, I feel this is the just the beginning and there are more such ancient hidden caves waiting to be dug out in that region," Bobade said. He has shared the details of the discovery with Dr. Tejas Garge, Director of Archaeology & Museums, Maharashtra and Jalgaon Collector Abhijit Raut, who heads the Jalgaon District Heritage Preservation & Tourism Development Committee, for further action.