The high-decibel battle which was fought in the election campaign ahead of the polling on December 4, witnessed the claims and counter-claims by both parties (BJP, AAP) of winning the elections, however, it all boils down to December 7 when the outcome of the election would be revealed 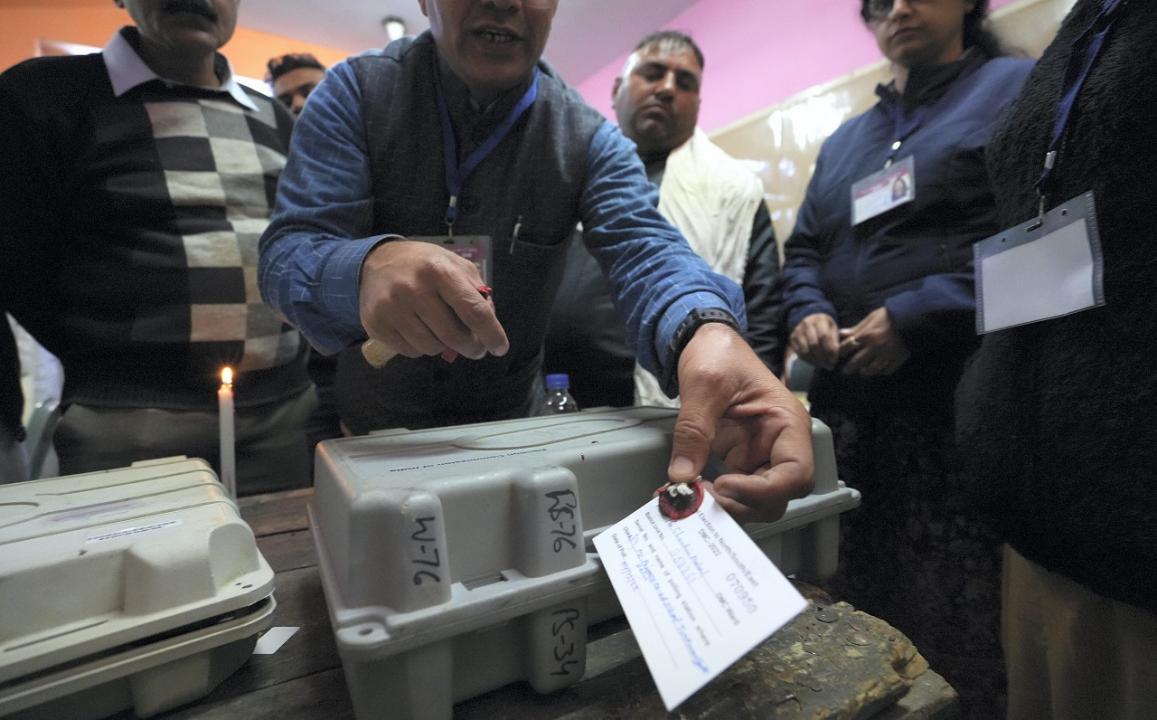 
The counting of votes for the Municipal Corporation of Delhi (MCD) elections began on Wednesday as the ruling BJP hopes to retain its 15-year-long rule in the national capital's civic body while the Aam Aadmi Party looks to make its own 'double-engine' government in the city.

The high-decibel battle which was fought in the election campaign ahead of the polling on December 4, witnessed the claims and counter-claims by both parties (BJP, AAP) of winning the elections, however, it all boils down to December 7 when the outcome of the election would be revealed.

The polls for 250 wards in the national capital were held on December 4 with about 50 per cent voter turnout and a total of 1,349 candidates were in the fray. However, the low voter turnout may not be an indicator of pro-incumbency with the exit polls predicting the AAP win in the MCD polls.

Congress, which is mostly focussing on the success of the Bharat Jodo Yatra, was not predicted (in the exit polls) to be a prominent challenger in the recently conducted polling. The party is predicted to get only a handful of seats.

However, the high-stakes civic polls are largely seen as a three-way contest between the BJP, the AAP and the Congress.

For the counting, the Commission has set up 42 counting centres across the city. 68 Election Observers have already been deployed by the Commission under whose supervision the counting of votes shall be carried out by the Returning Officers in the presence of candidates or their representatives.

Further, the Commission has also deployed 136 engineers from Electronics Corporation of India Limited (ECIL) at these counting centres to attend to any technical issues regarding the EVMs which may arise during the counting of votes.

Special Media Rooms to facilitate viewing of live results on the Commission's web portal on the LED screens at these 42 counting centres.

These centres are under multi-layered security and entry of persons authorized by the Commission shall only be allowed by the security personnel deployed at these centres.

Though mobile phone use has been allowed inside these centres, the same is restricted to the designated areas only as per instructions of RO/SEC.

A Media Centre has also been set up at SEC (HQ) at Nigam Bhawan, Kashmere Gate for the Media personnel to view live results of the elections starting from 8 am onwards.

Delhi had witnessed highly charged campaigning by AAP and BJP which made top leaders, including Union ministers, chief ministers of BJP-ruled states and MPs hit the streets for door-to-door campaigning and meetings to garner public support.

The BJP, which has governed the civic body in Delhi since 2007, is looking to maintain its winning streak.

However, the exit polls, which came a day after the polling for MCD elections, predicted that AAP led by Delhi Chief Minister Arvind Kejriwal will now also rule the municipal corporation of the national capital for the first time.

The polls predicted that BJP, which has won three successive civic elections in the national capital, will be ousted from power in the first election since the re-unification of the municipal corporations.

The exit polls also predicted a poor performance by Congress and indicated that the party has failed to revive itself in the national capital.

This was the first civic election after the fresh delimitation exercise. There were 272 wards in Delhi and three corporations - NDMC, SDMC, and EDMC in Delhi from 2012-2022 that later reunified into an MCD that had formally come into existence on May 22.

Next Story : We must create multitude of equitable ways for different groups: CJI Chandrachud