Stalin and Modi were sharing the stage at an event in Chennai, where the Prime Minister launched several new schemes and development projects 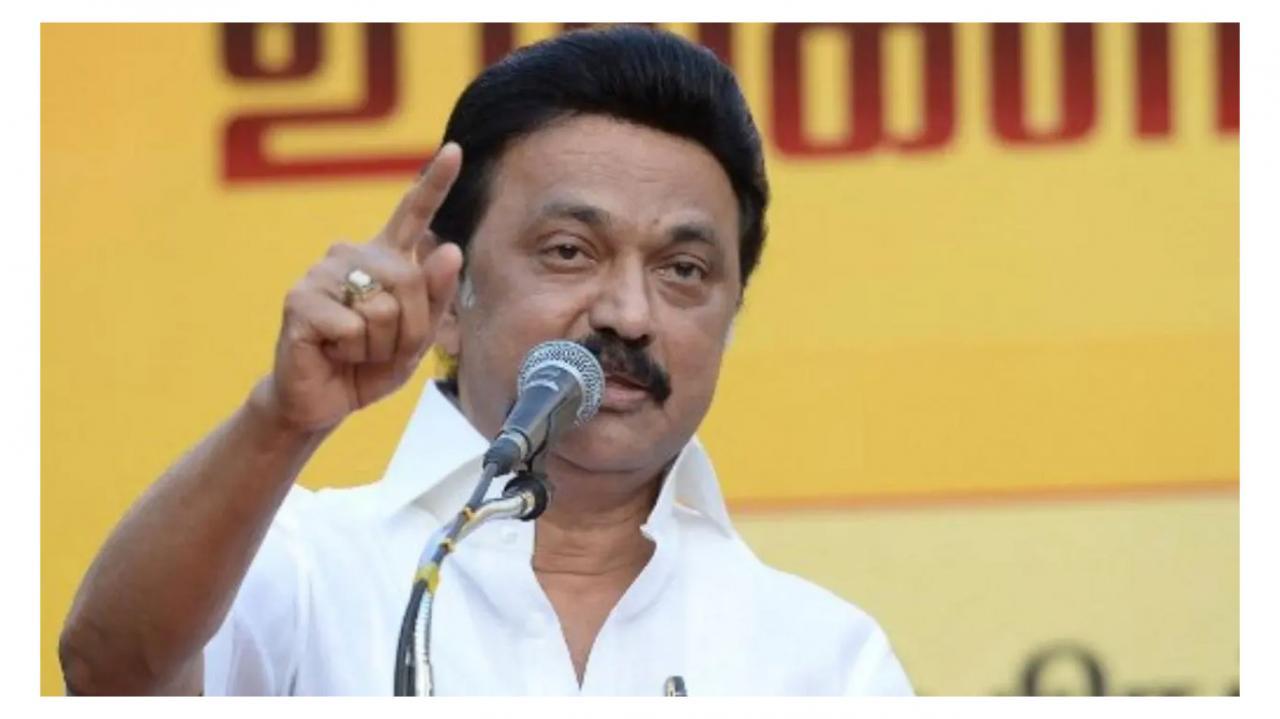 
Tamil Nadu Chief Minister MK Stalin on Thursday urged Prime Minister Narendra Modi to declare Tamil as the official language, like Hindi, at Union government offices and the Madras High Court. Stalin and Modi were sharing the stage at an event in Chennai, where the Prime Minister launched several new schemes and development projects. Addressing the event in Chennai, the chief minister also appealed to the Central Government to return the central Goods and Service Tax (GST) dues of Rs 14,006 crores to the state.

"I appeal to the Government to return the central GST dues of Rs 14,006 Crores to our state. I also appeal to the Prime Minister that Tamil should be announced as an official language at the High court," Stalin said. The chief minister further requested PM Modi to exempt Tamil Nadu from the National Eligibility Entrance Test (NEET) exam. "We are opposing the NEET exam and we have also passed a bill in the Assembly. We appeal to the Prime Minister to give exemption from the NEET exam to Tamil Nadu," he said.

Highlighting the Dravidian model in the state, Stalin said, "Tamil Nadu is a state for inclusive growth. This is what we call the Dravidian model. In this Dravidian model of governance, while taking various welfare and developmental measures, I wish to inform you that we have corrected fiscal imbalance and restructured the finances of the state." Meanwhile, PM Modi inaugurated and laid the foundation stone of 11 projects worth over Rs 31,500 crore including the Bangalore-Chennai Expressway, at Jawaharlal Nehru Stadium in Chennai.

He inaugurated 1,152 houses constructed under the Light House Project - Chennai. The project has been built at a cost of Rs 116 crore under Pradhan Mantri Awas Yojana-Urban. PM Modi had launched the Lighthouse projects on January 1, 2021, to use new technology to complete housing projects faster while making them more resilient. Since then, he has been regularly reviewing the status of the project, including through drone-based monitoring.

The Prime Minister also laid the foundation stones for the redevelopment of five Railway stations in Tamil Nadu - Chennai Egmore, Rameswaram, Madurai, Katpadi, and Kanyakumari.Redevelopment of the Railway stations project will be completed at a cost of over Rs 1,800 crore. The project has been undertaken with a view to enhancing the convenience and comfort of the passengers through modern amenities. PM also dedicated to the nation and laid the foundation stone of 11 projects worth over Rs 31,500 crore in Chennai.