The comments are his first since the 'Mahagathbandhan 2.0' government came to power in Bihar after the JD(U)'s Nitish Kumar dumped the BJP and joined hands with Lalu Prasad's Rashtriya Janata Dal (RJD), the Congress and other parties 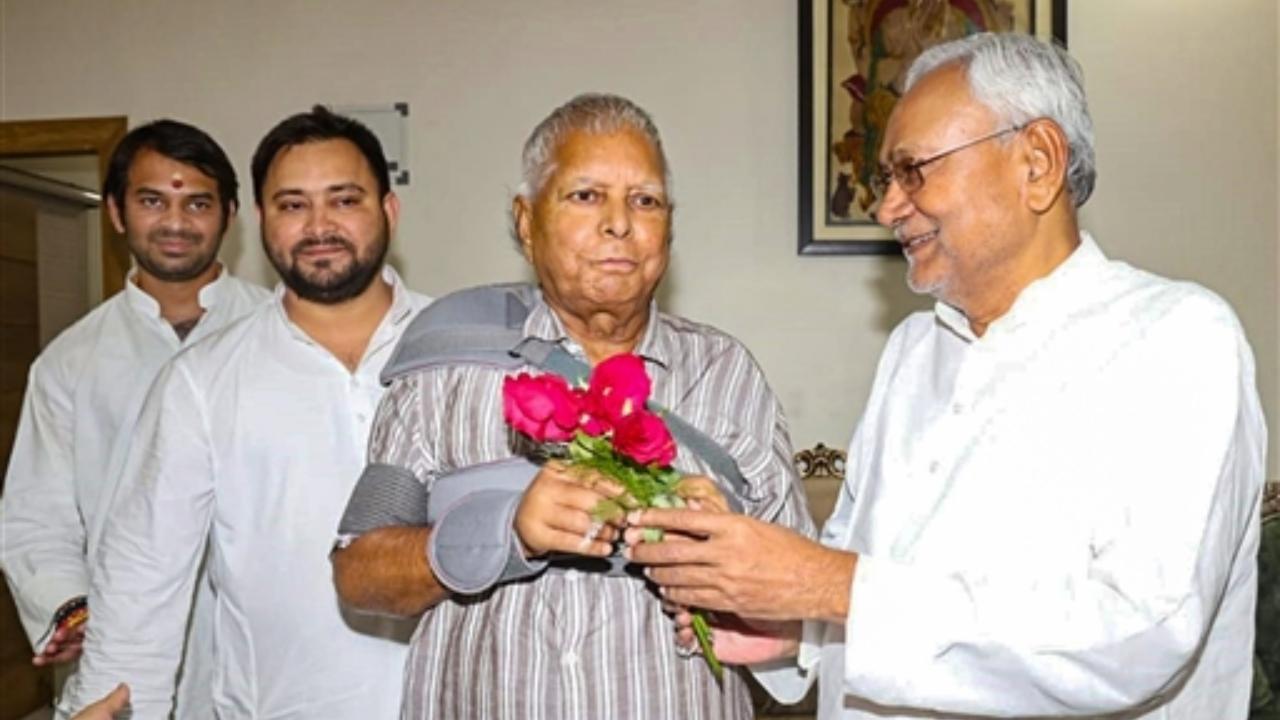 
JD supremo Lalu Prasad on Wednesday slammed the BJP government at the Centre as "dictatorial" and vowed to oust Prime Minister Narendra Modi from power in the 2024 general elections.

He made the remarks when asked about the way forward for the 2024 polls.

The comments are his first since the 'Mahagathbandhan 2.0' government came to power in Bihar after the JD(U)'s Nitish Kumar dumped the BJP and joined hands with Lalu Prasad's Rashtriya Janata Dal (RJD), the Congress and other parties.

"We have to oust the dictatorial government (at the Centre). Modi ko hatana hai," he told reporters here.

Asked about BJP leader Sushil Modi's allegations targeting the new 'Mahagathbandhan' alliance after the formation of the government, Lalu Prasad said, "Jhoontha aadmi hai (He is a liar). It's all wrong."

Later in the day, Lalu Prasad's daughter tweeted a picture of her along with Lalu Prasad in a plane and wrote, "Departing for Patna."

Lalu Prasad had been admitted in AIIMS here in early July after suffering multiple fractures due to a fall and was later discharged. He recuperated at the home of his daughter Misa Bharti here.

Nitish Kumar took oath as chief minister along with Tejashwi Yadav, who has been designated deputy CM, last Wednesday, a day after the JD(U) snapped ties with the BJP-led NDA and joined hands with the RJD, the Congress and some other parties to form the Mahagathbandhan' government.