It is reported that at least 12 people lost their lives in the accident. The PMO also announced a compensation of Rs 50,000 each to those injured 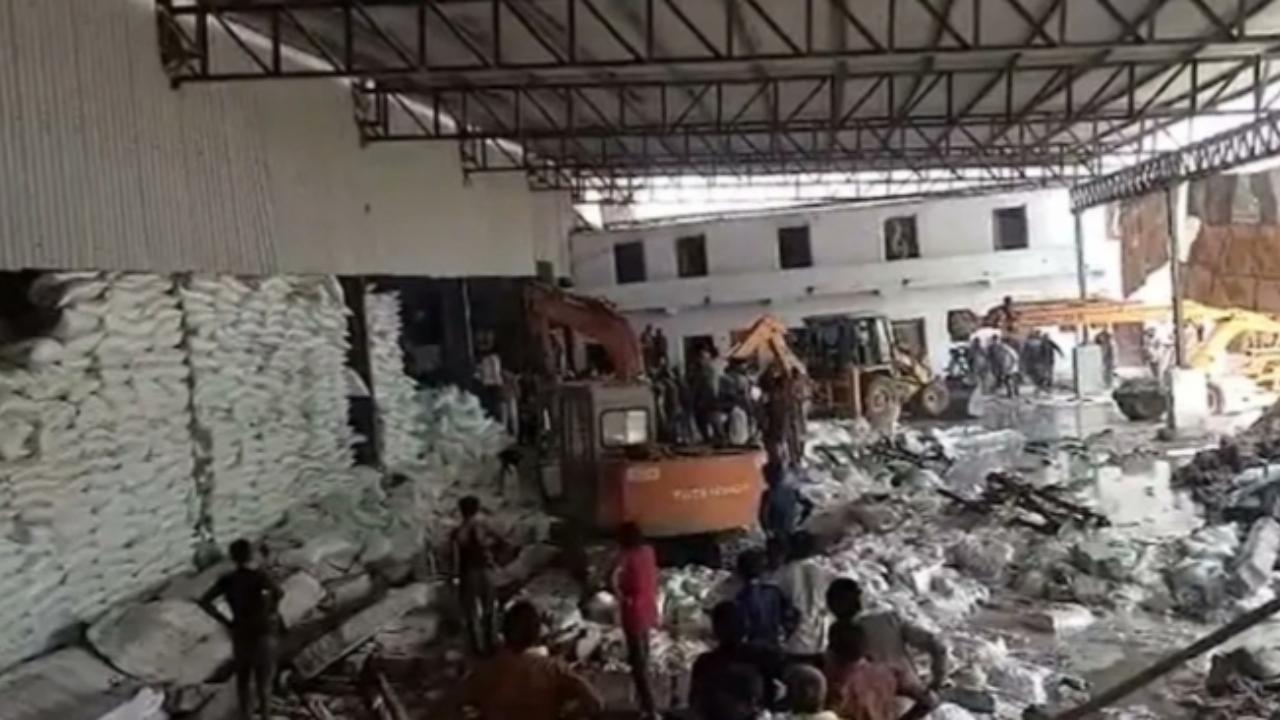 
Prime Minister Narendra Modi announced an ex-gratia of Rs 2 lakh each to the kin of the persons who died after a wall of a salt factory of Gujarat Industrial Development Corporation (GIDC) in Morbi's Halvad collapsed on Wednesday.

The PMO also announced a compensation of Rs 50,000 each to those injured.

"Rs 2 lakh each from PMNRF would be given to the next of kin of those who have lost their lives due to the tragedy in Morbi. The injured would be given Rs 50,000," the PMOIndia tweeted.

It is reported that at least 12 people lost their lives in the accident.

PM Modi also expressed grief at the loss of lives in the mishap.

"The tragedy in Morbi caused by a wall collapse is heart-rending. In this hour of grief, my thoughts are with the bereaved families. May the injured recover soon. Local authorities are providing all possible assistance to the affected," he said in a tweet.

Gujarat State Minister Brijesh Merja said, "12 people have died after an incident happened at the Salt Factory in Halvad GIDC. The Government stands with the families of the deceased."

Gujarat Chief Minister Bhupendra Patel on Wednesday announced an ex-gratia of Rs 4 lakhs to the kin of the 12 people who died after a wall of a salt factory of Gujarat Industrial Development Corporation (GIDC) in Morbi's Halvad collapsed.

Expressing heartfelt condolences to the workers killed in the wall collapse at GIDC at Halvad in Morbi district, Chief Minister Bhupendra Patel has announced Rs 4 lakh assistance from the Chief Minister's Relief Fund to the heirs of each worker who lost his life in this tragedy," tweeted the Chief Minister's Office, translated from Gujarati.

Soon after the incident came to the fore, Patel gave instructions to the Morbi District Collector and the system operators for immediate rescue and relief operations.

The Chief Minister also expressed condolences to the families of the deceased and said that he will visit the place.

"I am deeply saddened by the tragedy of the wall collapsing at Halwad GIDC. My condolences to the bereaved families. The injured have been rushed to a nearby hospital for treatment. I will get a glimpse of the situation by visiting the scene face to face," the Chief Minister tweeted, translated from Gujarati.

Next Story : Uttar Pradesh government not to give grant to any new madrasa