The projects were approved at the 45th meeting of the executive committee under the chairmanship of G Asok Kumar, Director General, NMCG 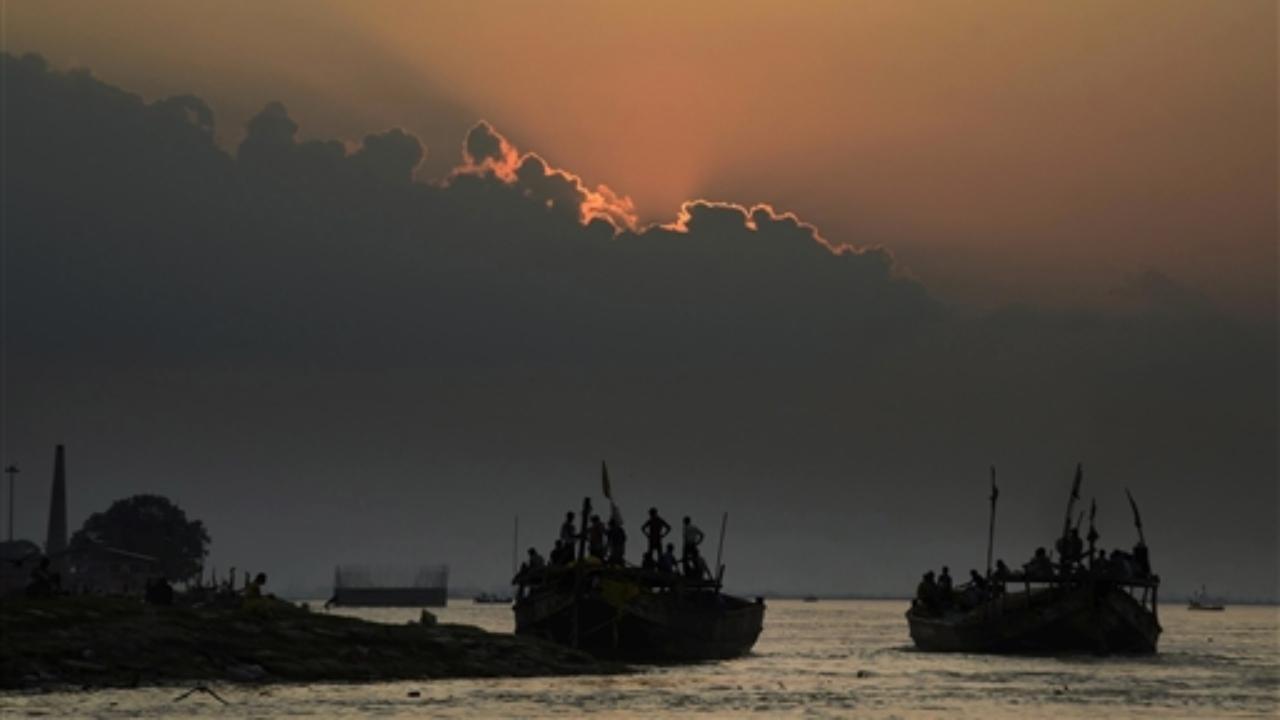 Commuters cross the Ganga river on vessels during sunset in Patna. Pic/PTI


The executive committee of the National Mission for Clean Ganga (NMCG) has approved 14 projects worth Rs 1,145 crore pertaining to sewerage management, curbing industrial pollution, and biodiversity conservation among others, a statement said on Saturday.

The projects were approved at the 45th meeting of the executive committee under the chairmanship of G Asok Kumar, Director General, NMCG, it said.

For sewerage management, four projects in Uttar Pradesh were approved, including tapping of Assi drain in Varanasi by constructing a 55 MLD Sewage Treatment Plant (STP), and other works costing Rs 308.09 crore, it said.

The projects were sanctioned with the objective of achieving zero untreated discharge from three drains ¿ Assi, Sanme ghat and Nakhha, it said.

Other projects include construction of 13 MLD STP and renovation of existing structures among others in Vrindavan at a cost of Rs 77.70 crore, construction of 12 MLD STPs and laying of interception and diversion (I&D) network in Kosi Kalan town in Mathura district costing Rs 66.59 crore, and six MLD STPs and laying of I&D network in Chhata town in Mathura.

The above projects in Mathura-Vrindavan envisage to intercept and divert two, one and 11 drains that have their outfall into Kosi drain, which ultimately discharges into Yamuna river at Mathura.

Next Story : At least 50 children taken ill after DPT vaccination in Aligarh; CMO says all have recovered