The 25-year-old former national team captain has repeatedly denied any wrongdoing. He has said that he is seeking legal support against, what he said was wrongful prosecution and allegations 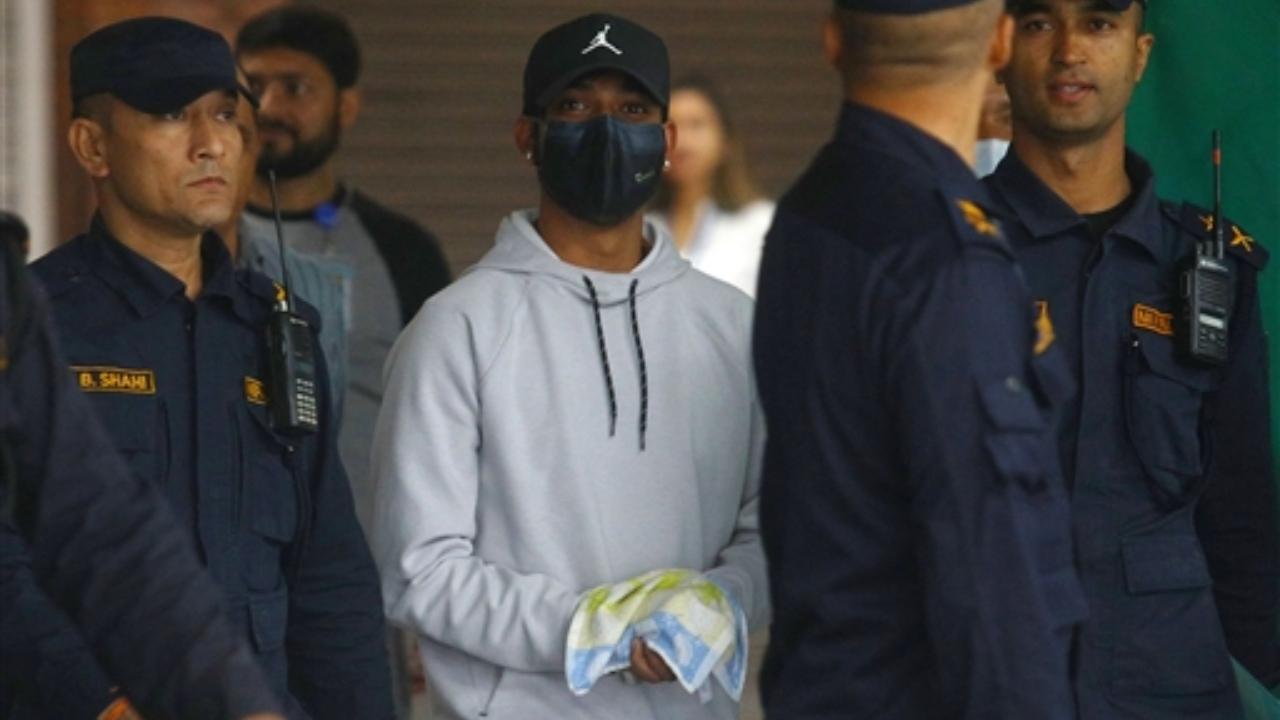 Soon after Lamichhane landed today, he was taken into custody by the authorities.

"As per my sincere commitment to submit myself to the authority of Nepal, I am landing at 10:00 am from Qatar Airways in the Tribhuvan International Airport at Kathmandu," the former cricketer had said in an earlier Facebook post.

The 25-year-old former national team captain has repeatedly denied any wrongdoing. He has said that he is seeking legal support against, what he said was wrongful prosecution and allegations.

"I am sure I will get justice and will return to the cricket ground soon to make the name and fame of my beloved country and I pray for a speedy trial. I will fully cooperate in all stages of the investigation and will fight a legal battle to prove my innocence. Let the justice prevail."

A girl, 17, filed a case alleging that Lamichhane took her to various places in Kathmandu and Bhaktapur on August 21 and brought her to a hotel in Sinamangal of Kathmandu where she was raped the same night.

Also Read: Chhattisgarh: Three 'sadhus' thrashed by mob on suspicion of being child-lifters

A diffusion notice has been already issued from INTERPOL (International Criminal Police Organization) as he was at large with his location unknown since the registration of the case against him.

The Kathmandu District Court also has issued an arrest warrant against him over the case of raping a 17-year-old minor along with the Immigration Department of Nepal blacklisting him.

With the issuance of an arrest warrant, the Police already have circulated its personnel to arrest Lamichhane wherever he is spotted. On Thursday upon his arrival, the rape-accused cricket player will be detained by Immigration Desk and handed over to police from where he will be taken to District Police Range Kathmandu.

"We are investigating the case. Upon his arrival, further investigations would be made on the basis of prevailing laws and regulations," Bharat Bahadur Bohara, Senior Superintendent of Police at District Police Range, Kathmandu told ANI.

Within 25 days of his formal arrest, the case is required to be registered with the court via the District attorney's Office. Police would further conduct the investigation and then submit its report to the attorney's office and then a formal case would be registered at the court once the report states the events mentioned in the complaint and police investigation matches.

A hearing over the case would decide whether to give Lamichhane bail on a court date or remand custody. It could take weeks for him to get the first hearing from the judicial body.

Last year, leg spinner Lamichhane was appointed as the captain of the Nepal cricket team.

He formerly captained the Nepal Under-19 side first in 2016 during the Asia Cup and then in 2017 for the Asian Cricket Council World Cup Qualifier.