Based on latest finding, India may see only 1 lakh cases instead of 1.5 lakh to 2 lakh predicted last month; second wave peak saw 4 lakh infections every day 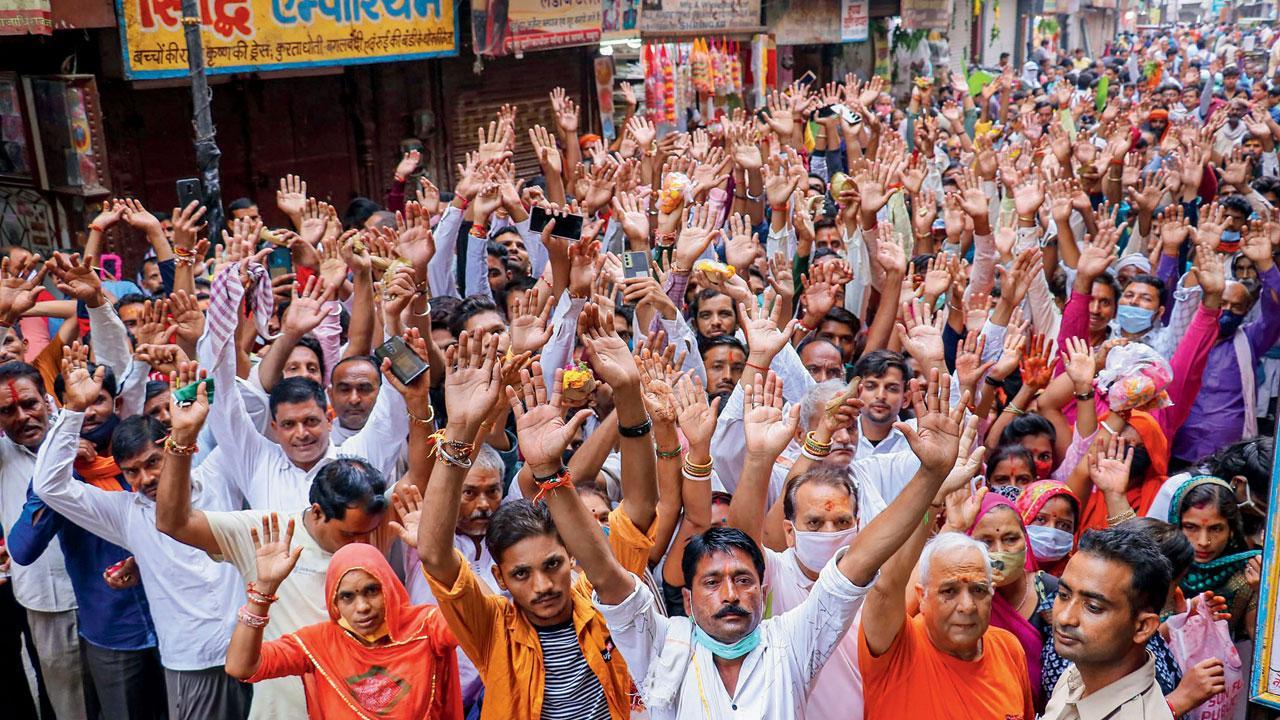 Devotees gather at a temple on Janmashtami, in violation of Covid rules, in Mathura, on Monday. Pic/PTI


India may see a third wave of Covid-19 peaking between October and November if a more virulent mutant than the existing ones emerge by September, but its intensity is expected to be much lower than the second wave, a scientist involved in the mathematical modelling of the pandemic said on Monday. Manindra Agrawal, an IIT-Kanpur scientist who is part of the three-member team of experts tasked with predicting surge in infections, said if no new virulent emerges, then the situation is unlikely to change.

If the third wave peaks, the country may see only 1 lakh daily cases as against 4 lakh-plus in May when the deadly second wave was at its peak. Last month, the model suggested that the daily cases could shoot between 1.5 lakh to 2 lakh if the third peaked between October and November. However, no mutant that was more infectious than the Delta, which drove the infections during the second wave, has emerged yet.

Agrawal said vaccinations between July and August and serosurveys were factored in while assuming the scenarios. India saw a single-day rise of 42,909 new infections, while active cases rose for the sixth consecutive day by 7,766 to 3,76,324. The death toll climbed by 380, according to Union health ministry data on Monday morning.

Amid rising cases, Janmashtami festival celebration saw complete disregard for Covid-19 safety protocols at various temples across Mathura in Uttar Pradesh on Monday. Most devotees were seen without masks and physical distancing norm went for a toss.

For the reopening of school and colleges from Wednes-day, the Delhi Disaster Management Authority has issued rules — allowing only 50 per cent students per classroom, mandatory thermal screening, staggered lunch breaks, alternate seating. Those living in containment zones won’t be allowed.