He alleged the erstwhile government (in Maharashtra) had allocated land for the project but later refused under the pretext of changing the location, which derailed the project 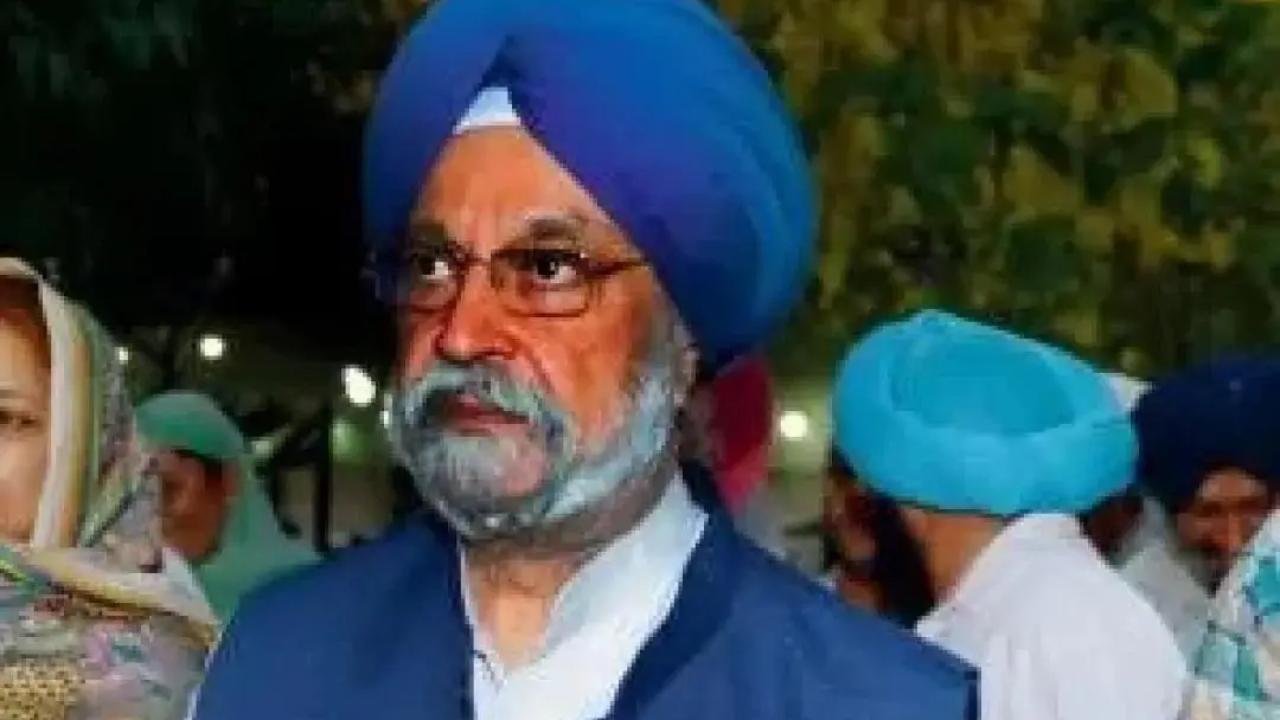 
Petroleum Minister Hardeep Singh Puri on Saturday said the Centre has not taken any decision to set up an oil refinery project in any specific area in Maharashtra.

Speaking to reporters in Chandrapur, he said the state government will have to discuss the project's location with the Central government.

He alleged the erstwhile government (in Maharashtra) had allocated land for the project but later refused under the pretext of changing the location, which derailed the project.

"Following this, the state (Maharashtra) and the country faced huge economic losses in the last two-and-a-half years," Puri alleged.

Puri was apparently referring to the Ratnagiri Refinery and Petrochemical project, proposed to be built at Nanar village in Ratnagiri district in coastal Konkan, but it was scrapped before the 2019 polls at the insistence of Shiv Sena, the then alliance partner of BJP.

Establishing a 60-million metric tonne per annum oil refinery will be the biggest plant in the world, Puri said.

"If it is set up anywhere in the country, it has the potential to change the economic scenario in that state very fast," Puri said.

He said an industrial association has recommended setting up a 20-million metric tonne capacity oil refinery in the Vidarbha region in east Maharashtra claiming it has a huge scope of minerals, metals etc.

"I have suggested the association recommend such issues to the Central government and we will look into them. However, I have not taken any decision on setting up an oil refinery at Chandrapur or in the Vidarbha region in Maharashtra," he added.

He said it is the Maharashtra government's call to select the location for the project. "After necessary talks between the state and the Union governments and international tie-ups, a decision will be taken," said Puri.

After the Foxconn-Vedanta project, which was proposed in Pune district, shifted to Gujarat, Maharashtra Industries Minister Uday Samant said PM Modi had assured chief minister Eknath Shinde that the state will get an equally big project.

Puri's visit to the Chandrapur constituency is part of the Bharatiya Janata Party's "Pravas" campaign to shore up its base in 144 Lok Sabha seats across the country ahead of the 2024 general elections. 16 of these seats are in Maharashtra.

Suresh Dhanorkar of Congress is the sitting MP from the Chandrapur LS constituency, earlier represented by former Union minister Hansraj Ahir of BJP.

Puri underlined the need for constructive opposition in the country for development. "But there is no leader who can give a fight to PM Narendra Modi in the upcoming general elections," he added.

Next Story : Digvijaya Singh gets bail in defamation case related to comment on RSS