Speaking after hoisting the national flag at Modasa in Aravalli district during a state-level function to mark the country's 76th Independence Day, Patel appealed to people to awaken the spirit of national interest in their hearts above everything 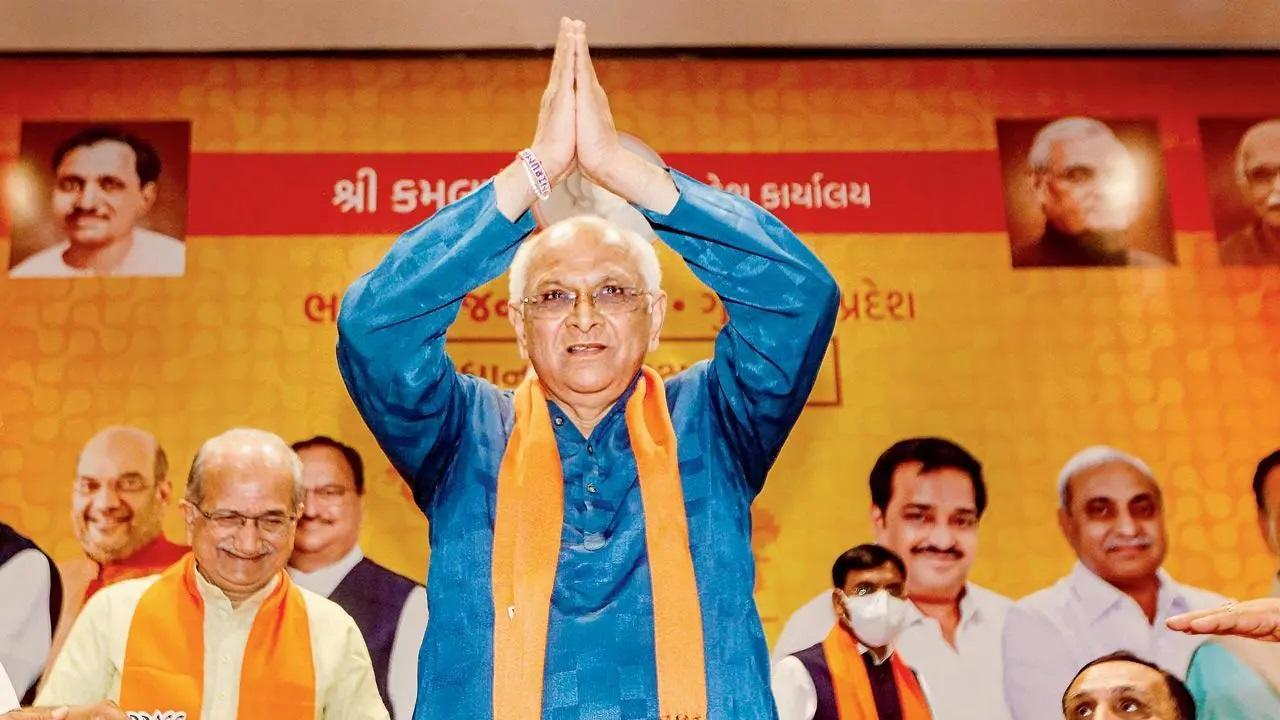 
Gujarat Chief Minister Bhupendra Patel on Monday announced a three per cent hike in the dearness allowance for government employees and expansion of welfare schemes under the National Food Security Act (NFSA).

Speaking after hoisting the national flag at Modasa in Aravalli district during a state-level function to mark the country's 76th Independence Day, Patel appealed to people to awaken the spirit of national interest in their hearts above everything.

He announced a three per cent increase in the DA for Gujarat government employees under the 7th Pay Commission, with retrospective effect from January 1, 2022.

Some 9.38 lakh employees of the state government, panchayat service and pensioners will get the benefit, he said.

With this, the state government's financial burden will go up by about Rs 1,400 crore annually, he said.

Patel also announced the expansion of the one-kg gram (pulses) per card per family scheme for the NFSA card holders, and widening the income limit eligibility criteria for inclusion of beneficiaries under the Act.

He said 71 lakh NFSA card holders from all 250 talukas of the state will be given one kg gram (pulses) per card per month at a concessional rate. At present, only the people from 50 developing talukas are getting benefit of the scheme.

The existing eligibility criteria of income limit per month for inclusion under the NFSA has been increased to Rs 15,000 from Rs 10,000, he said.

"It is our responsibility to keep reaching new heights of safety and peace in a peaceful, developing and safe Gujarat and establish new records of all-inclusive development. Let us take a pledge to make this festival of Independence as the opportunity to make national interest as paramount in our hearts and minds," he said.

Patel further said electric buses will be put into operation on iconic routes like Dwarka, Ambaji and Statue of Unity, and Rs 367 crore will be invested to run 1,200 new BS-6 compliant buses for providing better services to citizens.

Also, ATMs will be installed at 50 bus stations of the state for the convenience of citizens, he said.
The CM said a Real Time Coastal Water Monitoring System will be used for water quality testing of the estuaries of rivers flowing into the Gulf of Khambhat under the Encore Project with the assistance of World Bank.

He further said that Rs three crore has been allocated for a new modern 50-bed district level hospital with a trauma centre facility in Ektanagar-Kevadia Colony near the Statue of Unity in Narmada district.
The state government has cared about all sections of society, including the poor, deprived and weak.

"We have developed a work culture where people feel least troubled and their issues are resolved at the earliest," Patel said.

Along with education, health and security, the government has also focused on agriculture, rural development, uplift of the poor and industrial development, he said.

"Whether it is the industry, rural development, farming, ease of revenue related services, the Gujarat government has always taken citizen-oriented decisions to establish the state remains as a leader on the world map," he said.

Patel said Prime Minister Narendra Modi has a special place in his heart for the poor, deprived and weaker sections of society.

"When we rewind and see the success story of the last 20 years, we notice that PM Modi has created a high benchmark of hard work to make Gujarat a leader in development," he said.

It is the responsibility of everyone to keep achieving "new levels of safety and security and establish the new record of all-inclusive development," he said.

While the COVID-19 pandemic affected progress of the entire world, Gujarat won over the crisis under PM Modi's leadership, he said.

"Gujarat has given the definition of a balanced development of health, agriculture and industry to the country and the world. Cow-based natural farming has been given a special focus. Dang has been declared a 100 per cent natural farm-based district," the CM said.

On PM Modi's call for the creation of 75 'Amrit Sarovars' in each district as part of the 'Azadi ka Amrit Mahotsav,' the state has so far created 673 such lakes, he said.

"Revolutionary steps have been taken to ensure farmers get enough electricity along with water. All four power distribution companies have got the 'A' grade for power distribution. Gujarat is leading in renewable energy. It is the first state to have a Solar Energy Policy," the CM said.

Patel also talked about various social welfare schemes and the government's industry- friendly policy, availability of power and labour, which according to the CM make Gujarat the "best state".

He said PM Modi made Gujarat a policy-driven state and several development-oriented policies were formulated with focus on semiconductors, biotechnology, IT, drone, heritage tourism and electric vehicles.

Next Story : Prime Minister let nation down by not talking about unfulfilled promises made in last 8 years: Congress