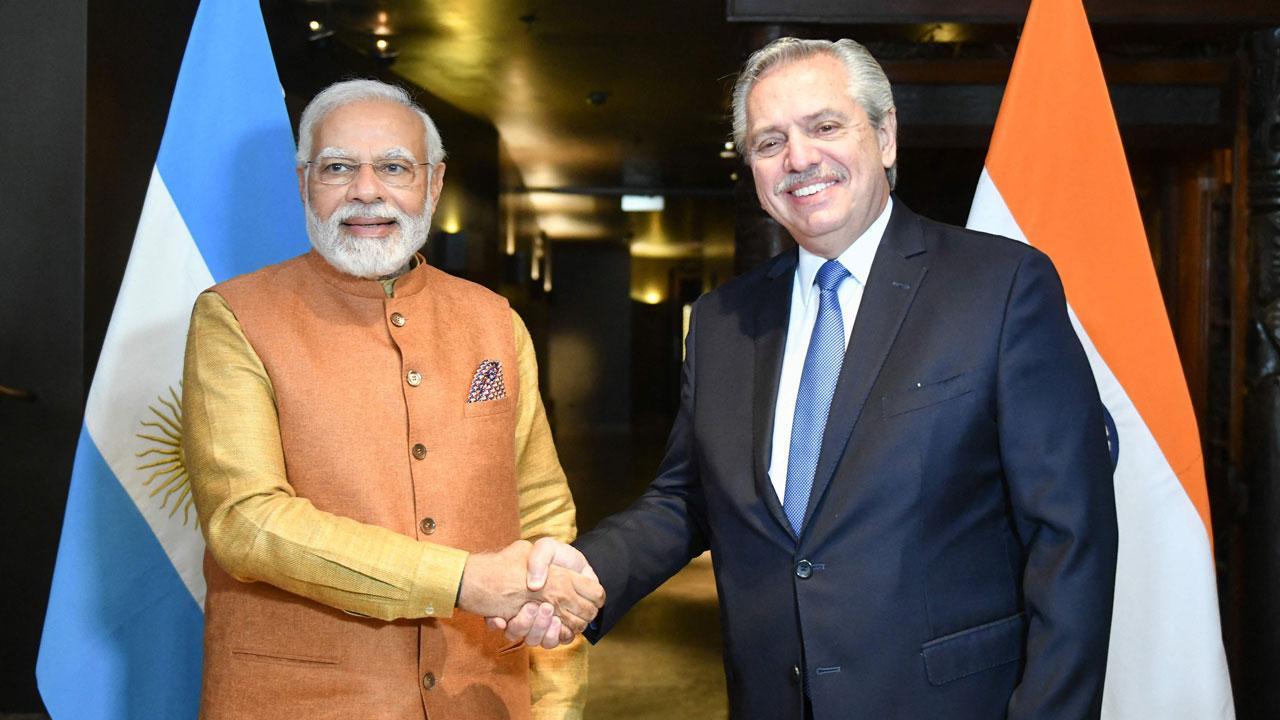 
Prime Minister Narendra Modi held a productive meeting with Argentinian President Alberto Fernandez here on the sidelines of the G7 Summit on Sunday and reviewed the full range of the bilateral ties. During the meeting, the two leaders discussed various issues like trade and investment, defence cooperation, agriculture, climate action and food security. This was the first bilateral meeting between the two leaders. They reviewed progress in implementing the bilateral Strategic Partnership established in 2019.

PM Modi arrived here on a two-day visit to Germany on Sunday to take part in the G7 summit. He will discuss issues like energy, food security, counter-terrorism, environment and democracy with the leaders of the powerful bloc and its partner countries. "Reviewed the full range of the India-Argentina friendship during the very productive meeting with President @alferdez in Munich. Stronger cooperation between our nations will greatly benefit our people," Modi tweeted.

"Accelerating friendship with Argentina. PM @narendramodi held talks with President @alferdez in Munich. The two leaders discussed ways to deepen commercial and cultural linkages between India and Argentina," the Prime Minister's Office said in a tweet on Modi's first bilateral meeting on his two-nation tour.

Besides India, Germany, the host of the G7 Summit, has also invited Argentina, Indonesia, Senegal and South Africa as guests for the summit to recognise the democracies of the global south as its partners. India-Argentina relations were elevated to the level of Strategic Partnership in 2019. Multi-faceted relations between the two countries have strengthened over the years and encompass political, economic, cultural and scientific and technological cooperation.

India opened a Trade Commission in Buenos Aires in 1943, which was later converted into one of the first Embassies of India in South America in 1949, according to the Indian embassy in Argentina. There are around 2,600 NRIs/PIOs in Argentina. The majority of them live in the capital city of Buenos Aires, including professionals working with Indian companies and multinational corporations.

From Germany, Modi will travel to the United Arab Emirates on June 28 to pay his condolences on the passing away of Sheikh Khalifa bin Zayed Al Nahyan, the former president of the Gulf nation. Sheikh Khalifa passed away on May 13 after battling illness for the last several years.