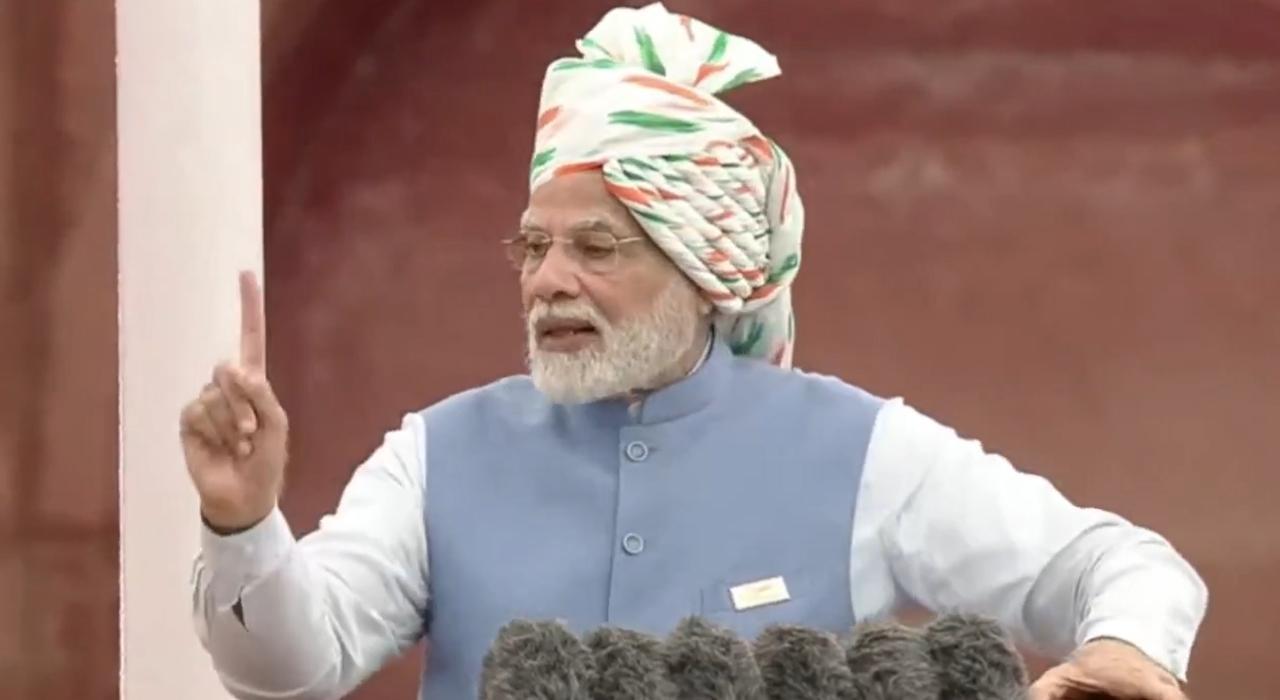 
Prime Minister Narendra Modi on Monday called on the people of India to take "panch pran" (five pledges) for a developed nation and aim to fulfil the dreams of the freedom fighters by the year 2047- the 100th year of India's Independence.

The Prime Minister while addressing the nation on the 76th Independence Day from the ramparts of the Red Fort talked about the five pledges the country needs to focus on for the next 25 years.

"The first pran is to move forward with bigger resolves and resolve of developed India. The second pran is to erase all traces of servitude. Even if we see the smallest things of servitude, inside us or nearby us, we have to get rid of them. The third is to take pride in our legacy. Four is the strength of unity for our dreams of 'Ek Bharat Shreshtha Bharat'. The fifth pran is the duties of citizens which include the Prime Minister and the Chief Ministers also. This is a big pranshakti for fulfilling the dreams of the country in the next 25 years," the Prime Minister said.

After his arrival at the Red Fort, the PM inspected the inter-services and police Guard of Honour at Red Fort., which was positioned directly in front of the National Flag across the moat below the ramparts.

Ahead of his speech to the nation, Prime Minister Modi hoisted the national flag. Flower petals were showered at the venue in Amrit Formation by two MI-17 1V Helicopters. The Air Force band played the National Anthem hoisting of the National Flag and presenting of the 'Rashritya Salute'.

Apart from around 250 eminent personalities are arrive at the Red Fort on Monday, nearly 8,000-10,000 people attended the programme.

Several events have been held over the last 75 weeks to celebrate the 75 years of India's independence.

Meanwhile, people are enthusiastically taking part in the 'Har Ghar Tiranga' campaign under the aegis of Azadi Ka Amrit Mahotsav.

The 'Har Ghar Tiranga' campaign commenced on Saturday and will run till today.The programme envisages inspiring Indians everywhere to hoist the national flag at their homes. The aim of the programme is to make the relationship with the national flag a more personal one rather than just keeping it formal or institutional.

Azadi Ka Amrit Mahotsav is an initiative of the government of India to celebrate and commemorate 75 years of independence and the glorious history of India's people, culture and achievements.

This Mahotsav is dedicated to the people of India who have not only been instrumental in bringing India thus far in its evolutionary journey but also hold within them the power and potential to enable Prime Minister Narendra Modi's vision of activating India 2.0, fuelled by the spirit of Aatmanirbhar Bharat.

The official journey of Azadi Ka Amrit Mahotsav commenced on March 12, 2021, which started a 75-week countdown to our 76th anniversary of independence.