While extending greetings, PM Modi said it is special this time as it is being celebrated during the "Amrit Mahotsav" of the country's independence 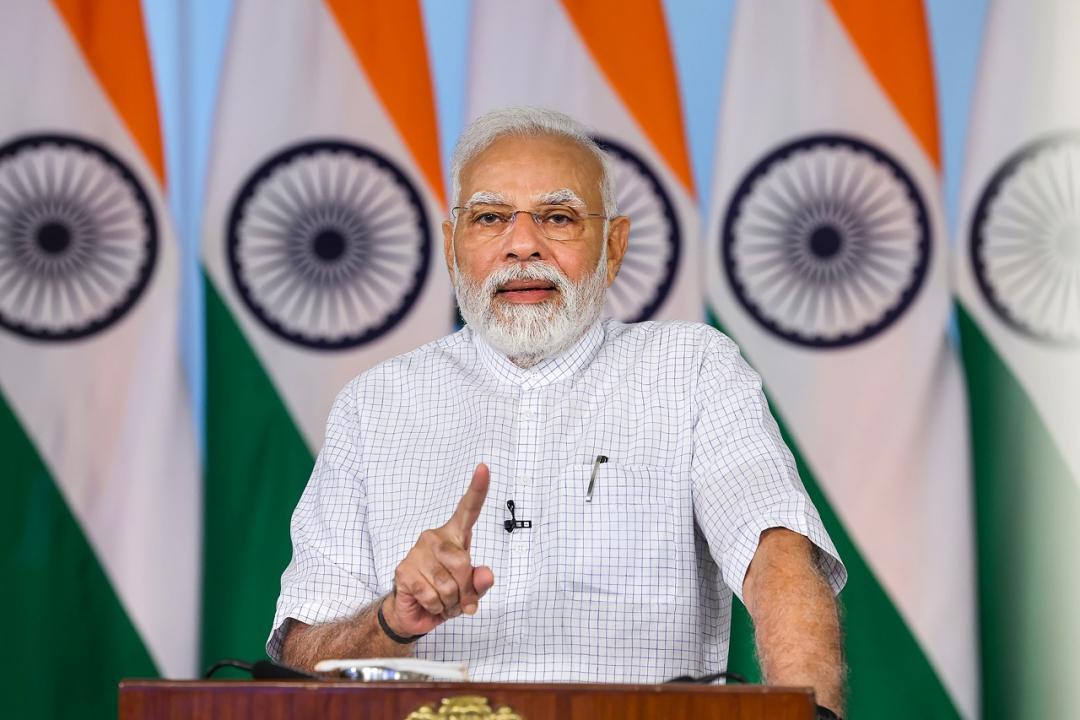 While extending greetings, PM Modi said it is special this time as it is being celebrated during the "Amrit Mahotsav" of the country's independence.

PM Modi tweeted, "I wish that we move forward unitedly to fulfill the dreams of the country's great freedom fighters. Happy Republic Day to all fellow Indians!"

Union Home Minister Amit Shah took to Twitter and said, "Hearty greetings to all the countrymen on the occasion of 74th Republic Day. Today, I salute all those freedom fighters, constitution makers and brave soldiers who have dedicated their lives to liberate, strengthen and protect the country."

Defence Minister Rajnath Singh said that the event is an opportunity for the countrymen to rededicate themselves to the resolve to build a new India.

"Happy Republic Day to all the countrymen. This day is an opportunity for all Indians to strengthen the country's constitutional traditions and rededicate themselves to the resolve to build a new India. Salute to all the constitution makers and freedom fighters of India," Rajnath tweeted in Hindi.

"Best wishes for the 74th Republic Day. This occasion is a consolidated mirror of the Indian Constitution, covering the beautiful landscape of our multicultural experiences, excellent democratic values and historical heritage. In this Azadi Ka Amrit Mahotsav, let us commit ourselves to build Ek Bharat Shreshtha Bharat," Thakur tweeted.

Delhi Chief Minister Arvind Kejriwal greeted people on the occasion of Republic Day on Thursday, asserting that it was the responsibility of all to strengthen democracy in the country.

The people and the rule by the people are the most important in a republic, Kejriwal said.

"Many congratulations and good wishes to all the countrymen on Republic Day. In a republic, the people and the rule by the people are most important. Our freedom fighters made many sacrifices to establish the republic of India. Now it's our responsibility to strengthen this republic," he said in a tweet in Hindi.

BJP president JP Nadda also extended greetings on the occasion. "Best wishes to all the countrymen on the 74th Republic Day. Our democracy becoming progressive and mature should create a sense of duty, opportunity and equality in the heart of every person of India. I bow down to all the great personalities dedicated to our unity, integrity and sovereignty," BJP President JP Nadda tweeted in Hindi.

Congress leader Shashi Tharoor also extended greetings to the nation on the occasion of the 74th Republic Day.

India marks its Republic Day every year on January 26. This year, the country celebrates its 74th Republic Day. This year, Egyptian President Abdel Fattah El-Sisi will be the chief guest for the Republic Day Parade at Kartavya Path in Delhi.

Next Story : 74th Republic Day celebrations kick off at Kartavya Path in Delhi