The 44.4 metre tall rocket lifted off at a prefixed time at 11.56 am from Satish Dhawan Space Centre at this spaceport at the end of a 25.30-hour countdown 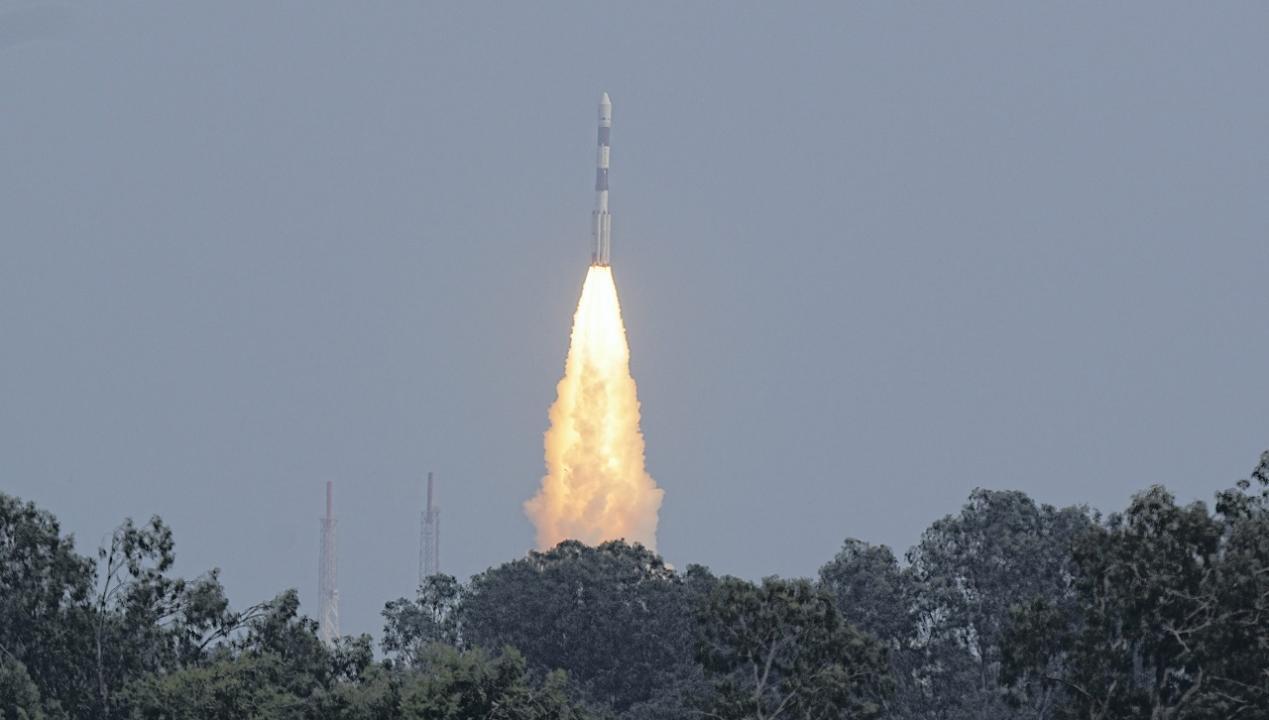 PSLV-C54 carrying earth observation satellite along with eight other co-passenger satellites lifts off from the Satish Dhawan Space Centre in Sriharikota. Pic/PTI

The 44.4 metre tall rocket lifted off at a prefixed time at 11.56 am from Satish Dhawan Space Centre at this spaceport at the end of a 25.30-hour countdown.

After reaching the intended orbit 17 minutes after PSLV-C54 lifted off, the Earth Observation Satellite or the Oceansat successfully separated from the rocket and was placed into orbit, ISRO chairman S Somanath said.

Scientists would perform lowering of the rocket to place the other co-passenger satellites into a different orbit which is expected to take place in a two-hour duration.

The Earth Observation Satellite-6 is the third-generation satellite in the Oceansat series. This is to provide continuity services of Oceansat-2 spacecraft with enhanced payload specifications as well as application areas.

Next Story : Chhattisgarh: Three naxals killed in encounter with security forces in Bijapur