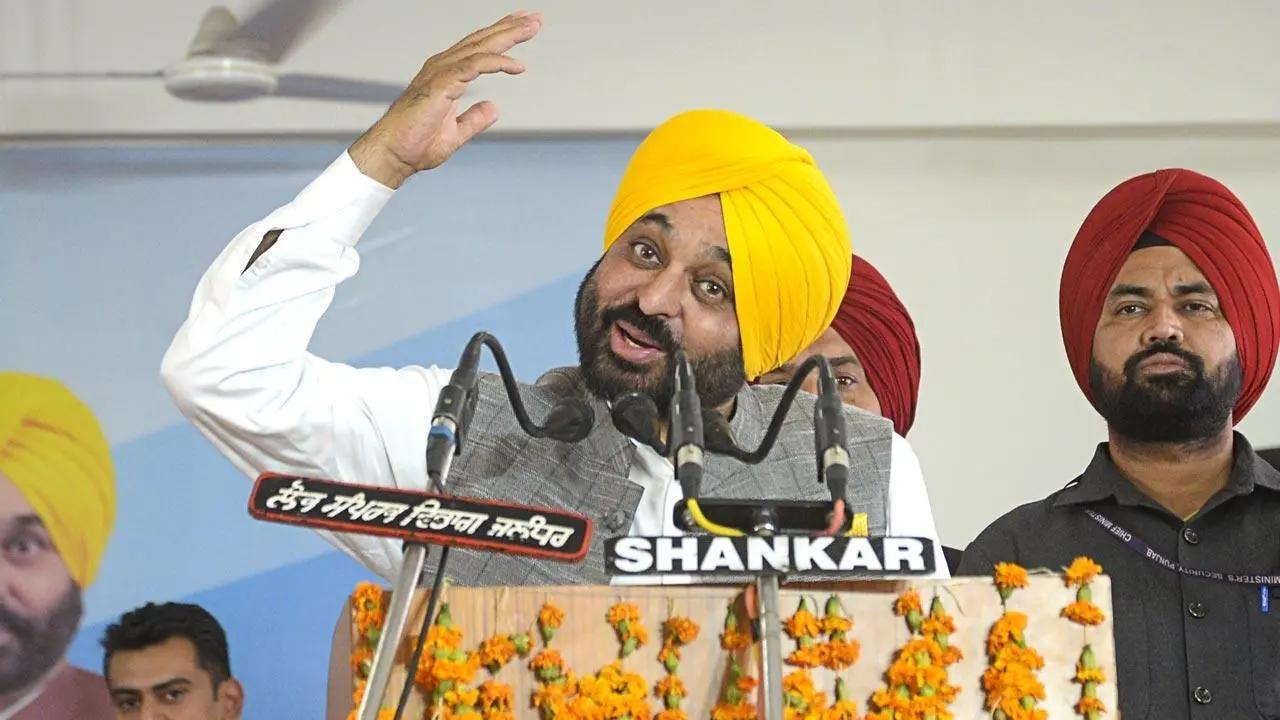 
The Punjab Assembly on Monday took up discussion on confidence motion with AAP MLAs hitting out at the BJP over "Operation Lotus", alleging a bid to topple the six-month-old government.

The confidence motion was tabled by Chief Minister Bhagwant Mann on September 27.

AAP MLA Sheetal Angural was the first one to take part in the discussion on Monday.

However, as the discussion began Congress MLAs staged a walkout, as they were demanding that the Speaker should allot them time to speak and raise issues during the Zero Hour.

The two BJP MLAs"Ashwani Sharma and Jangi Lal Mahajan have been boycotting the session as they had accused the AAP government of violating the Constitution by bringing the confidence motion in the Assembly.

Angural said he has submitted to the State Vigilance Bureau all details including call recording and mobile phone number besides a "sting" he did when three people, who claimed to be meeting him on BJP's behalf, had met him recently and offered money and position under "Operation Lotus".

Angural claimed that he also did a sting in which those who met him could be heard as saying that they will "arrange" a meeting with a BJP leader "who will seal the deal".

"They may use any tactics, but Bhagwant Mann and Arvind Kejriwal's team is honest," he said while hitting out at the BJP.

Hitting out at Congress, Angural and some other AAP MLAs said that Congress was playing the role of BJP's "B" team.

AAP MLA Dinesh Chadha also hit out at the Congress and said "we saw what happened in Karnataka, Madhya Pradesh and Goa, the party whose MLAs have switched over the most should have said that they support this confidence motion. Rather, Congress MLAs claim there is no provision in constitution for bringing confidence motion."

Senior AAP MLA Baljinder Kaur also hit out at BJP over "Operation Lotus", saying the saffron party feels they can form governments everywhere on the basis of "money power".

"But first in Delhi and now in Punjab, their operation has failed," she said.

The AAP had earlier claimed that at least 10 of its MLAs were approached by the BJP with an offer of Rs 25 crore to each of them in a bid to topple the six-month-old government under its "Operation Lotus".

The time for each party was allotted on the basis of the number of its MLAs in the 117-member Assembly.

The motion was moved by Chief Minister Bhagwant Mann on the opening day of the assembly session on September 27 and then he targeted the BJP over its alleged 'Operation Lotus' and the Congress for allegedly being hand-in-glove with the saffron party.

Mann had then called the BJP "arrogant" and asked why does it feel that it should have a government everywhere.

He had alleged that the AAP MLAs in Punjab had received calls and were offered money for toppling the government and asserted that AAP MLAs were not for sale.

The BJP had accused the AAP of "betraying" Governor Banwarilal Purohit and running away from discussion on burning issues of the state.

The Congress had also questioned the AAP's government's move of bringing the confidence motion while stating that no rule in the Punjab Vidhan Sabha has allowed the ruling party to bring such a motion.

The session was convened after the governor on Sunday gave his nod to summon the House on September 27 after days of squabble between the Raj Bhavan and AAP government over holding a session of the Assembly.

Earlier, the governor had withdrawn the permission to hold a special session on September 22 when the AAP government wanted to bring a confidence motion.